Two energy drink salesmen (Seann William Scott and Paul Rudd) try to flee the scene after they crash their truck, but a judge sentences them to 150 hours of community service in a youth program. The two men make poor role models as they initially neglect the kids, but eventually learn about healthy relationships. Also with Christopher Mintz-Plasse, Bobb'e J. Thompson, Elizabeth Banks and Jane Lynch. Directed by David Wain. [1:35]

SEX/NUDITY 8 - A young woman leads a man into a bedroom and removes her dress to reveal bare breasts and skimpy panties: she pushes the man onto the bed, climbs on top of him and the scene ends (the man later tells a friend that he had sex with a woman at a party).
► A cartoon drawing depicts a man with an oversized penis that is penetrating a robot from behind and out the front, with the caption, "Martin is gay for robots."
► An woman approaches a man, backs him up against a wall, puts her hand down and into his jeans, and he slowly displays a wide smile; she tells the man that she has an open relationship with her fiancé, takes her hand out of his jeans, and he walks away, saying that he will get his tent ready for them to have sex.
► A young boy enters a tent, pulls back the top of a sleeping bag to reveal a woman's bare breasts, arms and shoulders. We see a man in the morning lying naked, face down at a campfire, wearing nothing but shoes. We see a man sitting on a large canning pot used as a toilet, with his pants down around his ankles. Several scenes depict young women in short shorts that reveal bare legs and thighs, a woman wears a very short skirt, and several women wear low-cut blouses that reveal cleavage. A man is seen from the side, bare-chested from the waist up in a medieval costume of a half-man half-horse.
► A man stands behind a scantily clad woman and pours a bottle of whiskey and a can of energy drink over the woman's face and chest (her tight top reveals cleavage and the outline of her breasts). A man and a woman are shown in a sleeping bag, they kiss and she falls asleep, the man gets up, and we see his bare back and buttocks.
► In two scenes, a woman pushes a hotdog out of a bun and toward a younger man and says, "What does this look like?"; the first scene ends with the man standing speechless, and in the second scene the man takes one finger and pushes the hotdog back 7 times as he and the woman laugh.
► A man sings an awkward love song to a woman and kisses her briefly. A teen boy kisses a teen girl briefly and their friends applaud.
► A man tells a woman he has just met that he has an erection (using a crude term) and she walks away in disgust. A youth center director demonstrates that to hug a child from behind looks like a depiction of anal sex and is not allowed in her programs. A woman speaks of young people she mentors by saying, "I'm here to service these boys." A man tells children that in other countries children are used for sex trafficking. A man gets out of a car driven by a woman, he puts two fingers under a coworker's nose and says "Guess what I did last night?"; the coworker grimaces, backs away and says "Eeewww!" A man makes a comment about a teen boy ejaculating in his pants. A man makes several sexually suggestive comments about dating women (e.g. "You got to hit it and quit it" and "The bigger girls do way more stuff"). A teen boy tells a man about 14th century love poetry and explains that "whispering eye" means "vagina." A man tells a 10-year-old boy that the KISS song "Love Gun" is about a man's penis. A 10-year-old boy tells a woman wearing a low-cut dress that she is attractive. A young boy yells, "I don't want to take my pants off" when he meets his adult mentor; later the boy sings a song with crude sexually explicit words while at a restaurant. A man tells a male friend three times that if they go to jail for 30 days they will be raped. A man asks a group on a hike, "Who wants to sniff this bush?" A man has a conversation with a teen boy about girls and how to ask them out on dates properly. A 10-year-old boy talks throughout the film about women's breasts using sexual slang words and he calls several men and boys "gay" as an insult. A man with two young and an adult friend dress like the member of KISS (he wears an open vest that reveals a bare hairy chest) and a 10-year-old boy uses a lot of sexual slang. A man tells a young boy to look around and notice women in low-cut tops bending over, revealing a lot of cleavage.


VIOLENCE/GORE 3 - Two men and two boys ride in a jeep, the men begin to punch each other and a 10-year-old boy takes over driving; then the boys punch each other and one of the men resumes driving.
► A man argues with a man and pushes him. Two men fight awkwardly (like kids) in an elevator, and they fall out rolling on the floor when the doors open.
► About 200 youth and adults have two separate battles in a field of a large city park while using mock weapons made out of foam, duct tape and plastic; when struck across the chest, each victim dramatically pretends to die with loud moans and exaggerated facial grimaces (we see a dozen of these staged deaths in each battle and some of the victims scream); also an adult punches a teen in the face and knocks him down, a teen "sticks" his sword into an adult's chest, and a teen girl touches her sword lightly to a boy's chest and he falls "dead."
► A man watches a movie with a prison knife-fight scene (there's quite a bit of blood and a slashed prisoner is thrown over a railing). A man and a teen boy play sword and sorcerer video games together and we see several characters fall dead from sword slashes (no blood).
► A child locks an adult out of a jeep, drives it out of a parking lot, across three lanes of traffic, and back into the lot while the adult runs after the jeep and yells; the child unlocks the door, laughing, the adult gets in, they curse at each other, and drive away.
► Several scenes depict youth and adults practicing theatrical sword fighting with prop weaponry. Several scenes show arguing between two young men that are business partners. Two young men in a truck argue about the value of the energy drink they sell; one dislikes the concept, says the drink is poison, and that he wants to put a bullet in his head. A woman states to her boyfriend that they have lived together though unmarried for 7 years and it is not working out so she is leaving. We see several instances of a young boy or girl coming to tears and others making fun; the scenes end in brief shouting matches.
► A man giving a speech in a high school asks, "Where's the bathroom? I may wet my pants"; he and his male partner run to the bathroom where we see them standing at adjacent urinals (we hear urine streams very briefly). A boy pours food on a man.

SUBSTANCE USE - A man borrows a bottle of Ambien sleeping medication from a friend, but we do not see either of them take the pills, and people talk about Ambien several times throughout the film. Throughout the film, a woman that directs a youth program repeats that she is a drug addict and alcoholic (she lists cocaine, Ambien, and alcoholic drinks but we do not see anything) and a woman tells two men that they should go home, line up several lines of selfishness like cocaine, and snort it all. People drink beer in party and dinner scenes, people drink cups of alcoholic punch in party scenes, one person drinks wine in a dinner scene, and a man wheels a beer keg into a house. Two energy drink salesmen chug energy drinks and whoop on high school stages as if they are drunk; one salesman talks about drugs and alcohol being bad and energy drinks being a good alternative and in another scene he says that the youth will likely use several drugs and types of alcohol, because life is bad.

MESSAGE - Understanding how to have healthy relationships saves a lot of trouble. 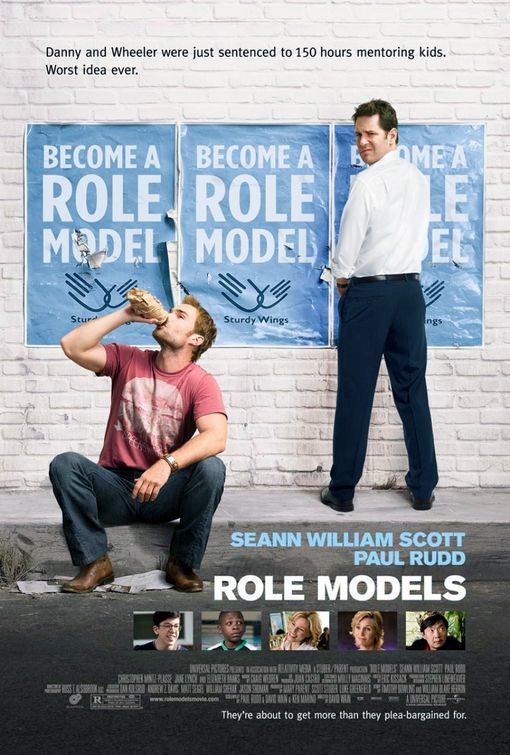