In 1931 Chicago, a dedicated, methodical hit man (Tom Hanks) is also a devoted husband and father of two young boys. When his two disparate worlds collide and his wife and younger son die, he takes his surviving son and begins a six-week road trip of revenge. Paul Newman co-stars as a mob boss and surrogate father to Hanks' character. Also with Jude Law, Jennifer Jason Leigh and Alfred Molina. [2:00]

SEX/NUDITY 3 - We see a woman (a prostitute) in a bed (she's wearing a camisole-type top and is covered by a sheet) asking a man how much longer he'll need her; he pays her and she leaves. A man walks through a room where there are women -- in all likelihood prostitutes -- wearing period undergarments (we see some cleavage and part of their legs) and they are apparently waiting to be "chosen." Men and women dance close together in a club. A young boy is in his underwear after a bath while his mother dries his hair.

VIOLENCE/GORE 7 - A man is shot in the head (we briefly see a hole at his temple), he falls over in slow motion and lands on the ground; a young boy watches in terror. A man is shot in the head (we see a bloody, bruised hole on his forehead before he falls back) and another man is shot and slumps down against a wall. A man is shot twice in the back; blood sprays on a window in front of him and he slumps down against a wall. A man lies dead in a bathtub after being shot (the water is tinged red from blood); there's a spray of blood on the wall, a puddle of blood on the floor and his head and face are blood-covered. We see a man with a knife sticking out from his chest (his shirt is stained with blood and more blood seeps from his mouth) and another man covers his mouth with a handkerchief to smother him. Several men are gunned down (we see their bodies jerk as they are hit and see holes in their coats) and fall dead on the ground. A man is shot, he falls to the ground, then lifts his head up and is shot again (we see some blood spray). Two men are shot down by a machine gun and we see one man on the floor with a very bloody head and face. A young boy and a woman are shot to death: we see the woman using her body to try to protect the boy, then hear her scream from outside and hear two gunshots. A man shoots another man repeatedly and at close range (we see the shooter, not the victim). A man shoots another man; we see the shooter, not the victim and see his blood stained hand later. Two men shoot at each other across a room; one man is hit in the face (we see his blood covered hand holding his face), and another man in the next room is hit and killed (we see his bloody head and face). A man is shot in the back and falls dead onto the floor. We see a bloody bullet hole in a man's arm; a knife blade is heated to red-hot and is used (off-screen) to remove the bullet (we see the bloody bullet fall into a bowl). A man is shot in the arm. A man sitting in a car slumps over a steering wheel dead. A man shoots at a car and a bullet breaks through the back window. A man beats on his grown son. Two boys fight; one ends up on the floor with the other on top of him punching him repeatedly (we only see the boy doing the hitting). A man threatens many men, in different scenes, with a gun; some of these scenes are during bank robberies. A boy threatens a man with a gun. We hear a man scream in terror when he discovers two dead bodies. It is suggested that a woman has been murdered. A man has a badly scarred face and bruised eye. Many photographs of dead bodies, at the crime scenes, with bloody wounds, hang on a wall. A man tips over a table covered with dishes, and a man slams his fist on a table in frustration. A young boy watches his father change his clothes and he removes a gun from a shoulder holster. A boy looks into a casket during a wake and we see a man's body with coins on his eyes. A man gives a young boy a gun to protect himself. A man, apparently after stabbing another man, tells the police that the man "[expletive deleted] raped my wife." A man yells at and shakes his young son. A man talks about his job, which is to photograph the dead. We see people gathered at a gravesite during a funeral. A young boy learning to drive swerves to avoid a tractor in the road and takes some branches off a tree, and there are other scenes when he drives recklessly (onto a sidewalk, into an intersection, etc.).

SUBSTANCE USE - A young boy smokes a pipe and other people are shown smoking cigarettes and drinking alcohol. A man appears to inhale something from a glass, presumably a drug, but it is not clear.

MESSAGE - Sons are put on this earth to trouble their fathers. 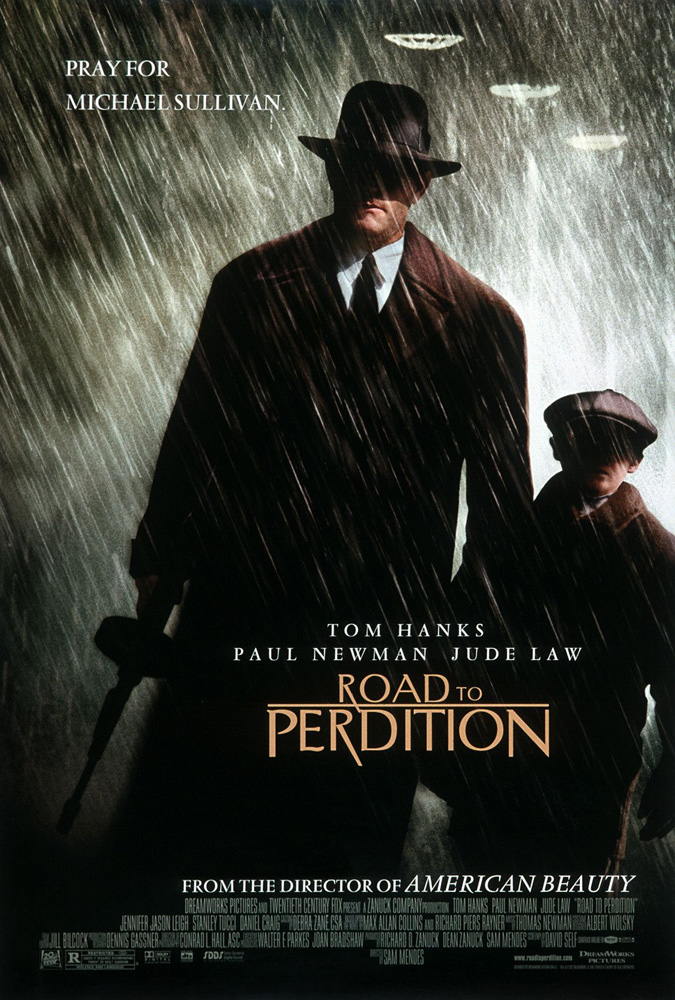