Kate Winslet stars as a woman in post World War II Germany, who finds a sick young man (David Kross) in the entrance to her apartment, takes him in and they begin a passionate relationship. One day she disappears and eight years later he sees her again, but this time she is a defendant in a war crimes trial. Also with Ralph Fiennes, Karoline Herfurth, Hannah Herzsprung, Lena Olin, Bruno Ganz, Jeanette Hain, Susanne Lothar and Matthias Habich. Directed by Stephen Daldry. [2:02]

VIOLENCE/GORE 4 - A woman piles books on a table and then climbs on top of them and we understand that she hangs herself. A teen boy kisses a woman hard on the lips, and she pushes him away and slaps him in the face.
► We hear testimony about many people being burned to death when they are trapped inside a church and that others would not unlock the doors even though they heard screaming from inside. We hear testimony in a courtroom about how certain people were selected to be removed from a work camp to a death camp because "We had to make room for the new ones." We hear testimony from people who participated in "death marches." We hear court testimony in a courtroom from people who were guards at Nazi concentration camps and death camps.
► We see demonstrators outside a courthouse and they protest loudly (there is no violence shown and police are present).
► A young man says that he would shoot a woman who was on trial for her participation as an Nazi S.S. guard. We hear that a teen boy has scarlet fever (he is in bed, looks pale and his cheeks are reddened). A father talks to his adult daughter about his being remote and distant.
► A young man walks through an abandoned death camp and finds huge bins of shoes and ovens used to incinerate bodies.
► A teen boy looks very pale and ill, he vomits on a sidewalk (we see goo), he sits down, then vomits again (we see more goo), a woman steps in it, and then cleans it up by dumping a bucket of water.

SUBSTANCE USE - People are shown drinking alcohol and smoking at a party. A young woman drinks a mixed drink at a bar, a man and his adult daughter drink wine with a meal, and a man drinks wine. A young man smokes a cigarette in several scenes.

MESSAGE - What we feel is not as important as what we do. The actions of those participating in the Nazi S.S. are inexcusable. 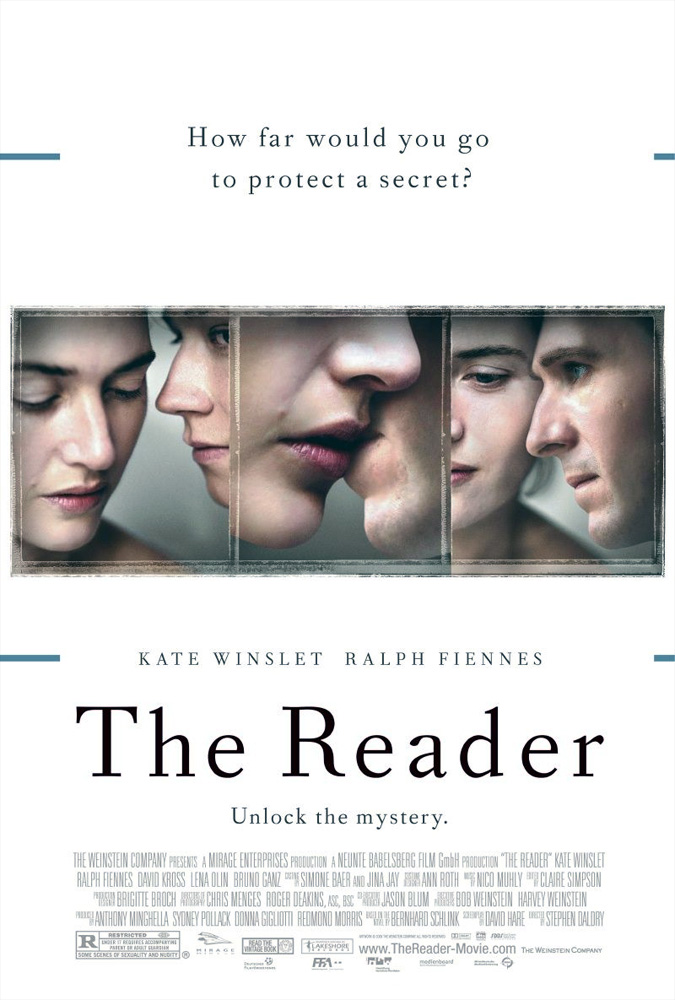