A down-on-his-luck taxi driver (Dwayne Johnson) shuttles tourists in Las Vegas and tries to stay out of trouble. It all changes when he finds two teens in the back seat of his cab carrying a large amount of money and asking for transportation to an isolated desert location. He soon realizes that one of the teens has the power to pass through matter and the other can moving objects with her thoughts and communicate telepathically. Also with Ciaran Hinds, Anna-Sophia Robb, Alexander Ludwig, Carla Gugino, Garry Marshall, Kim Richards, Ike Eisenmann, Tom Everett Scott and Christopher Marquette. Directed by Andy Fickman. [1:39]

SEX/NUDITY 1 - Men and women dance in a bar/restaurant.
► A teen girl tells a man that a woman thinks he's "very handsome," and he seems to like that and asks questions about what else she said or thought.
► A woman's blouse is open to the bra line and reveals cleavage in a few scenes.

VIOLENCE/GORE 4 - A creature called a "siphon" follows two teens throughout the movie trying to kill them (it is masked and is equipped with powerful weapons; when the mask is removed we see a flesh-colored head with slimy flesh and eyes, and no nose or mouth).
► A man and a siphon fight in a flying vessel and one ends up falling out. A man and a siphon fight, and the man is punched repeatedly and thrown (we hear him moan, but we see no visible wounds). A siphon holds a man and then throws him (he does not appears injured).
► Two men with guns grab a man and force him to go with them; one punches the man in the stomach, they become distracted and the man beats them up and he gets away. A man slams another man's head into a door and a woman kicks him in the face. A man and a woman fight with several men with punches and kicks (no injuries are shown). A man punches two men in the face, then slams their heads onto the hood of a car (one of the men has a bit of blood in his nose). A man punches several military guards but is subdued. A woman slaps a man in the face, and the man then punches two men in the face and throws them out of the moving car they are all in.
► A siphon shoots several gelatinous orbs, the orbs burst into flames and we hear what sounds like a cry -- implying that they are somehow alive -- and the blasts throw two teens and a man (no one appears injured). Many guns fire at a siphon, the bullets are deflected and it fires back. A siphon shoots a weapon at two teens and a man in several scenes. A siphon stands on a stage and threatens to fire a weapon into a large crowd but is interrupted. A siphon is struck by large stage light fixture and thrown into a panel light (we see sparks and an explosion).
► Many armed men surround a restaurant, and then come inside where they are held at gunpoint by people in the restaurant (no shots are fired).
► A dog barks angrily and lunges toward a man (he is not harmed), and a dog barks angrily and bites a man's arm forcing him to drop a gun (we hear a crunch, no blood is shown). A man and a woman are shot at but many armed men in a military facility.
► We see a bloody arm wound under a protective suit. A teen girl sticks her hand into a gelatinous orb (we hear squishing sounds), and she pulls out a device and holds it in her hand. We see a room that contains many gelatinous orbs that glow and throb (as if they are breathing) hanging from the ceiling. A man punches a hanging punching bag repeatedly.
► Two teens are shot with tranquilizer darts and fall unconscious. We see a medical team preparing to perform tests on two unconscious teens, who are restrained on medical tables.
► A teen boy stands in the middle of a highway, a car speeds toward him, the car slams into the boy, it is crushed and flips over (the boy is unharmed). A car drives along railroad tracks, a flying vessel chases it into a tunnel, a train speeds toward them, the car swerves out of the tunnel, and there is a large explosion inside the tunnel suggesting that the train collided with the flying vessel; one of the train cars tips over and nearly crushes the car. A flying vessel chases and fires at a speeding taxicab. There are many underground explosions that send flares up through the ground and a car swerves to miss them. A car is chased by police through busy streets. A flying vessel attempts to lift off in an underground area: it crashes into walls and squeezes through a narrow opening between two doors that are closing. A car is chased on the highway by another car, it is rammed, and it swerves off the road and speeds down a hill. An unidentified flying vessel speeds through the sky, military personnel are alarmed and there is an explosion when the vessel crashes.
► A man and a woman climb through a narrow tunnel, down a ladder in a very deep passageway, and into another tunnel, when flames shoot toward them (they are OK and slide down and fall into another tunnel).
► We hear noises coming from inside an abandoned cabin; two teens are inside, and they walk through dark passageways with cobwebs and a man follows them. Three people are frightened when they see bright lights approaching them.
► A man with a tire iron in his hand threatens several men in a car, and then hits the car with the iron. Sirens in a military facility blare and people scramble for safety.
► We hear a man and a woman arguing in another apartment and a man is angry because he cannot sleep. A man yells at another man for making noise. Two men dressed as Storm Troopers and carrying weapons climb into a taxi, and the driver takes the guns from them and appears angry. A man yells at two teens in a few scenes. A man is startled when he finds two teens in the back of his taxicab and he slams on the brakes.
► We see several newspaper clippings with headlines referring to UFOs and photographs of unexplained lights in the sky. Footprints are found at a crash site and are identified as alien footprints.
► A woman makes a comment about a "cattle mutilation lecture." A man makes a comment about aliens "eating your flesh."

LANGUAGE 0 - We see what could be perceived as an obscene hand gesture although it's not clear, name-calling (insane).

SUBSTANCE USE - Tranquilizer darts are fired at two teens and strike them in the neck.

MESSAGE - You are what you think you are. 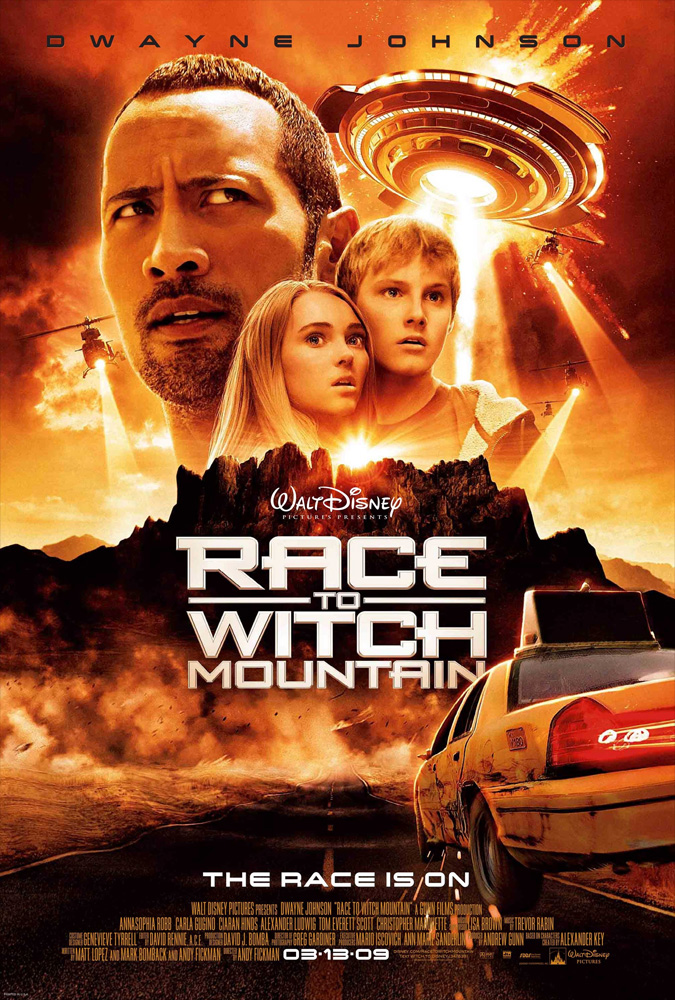