Why is “Proximity” rated NR? The MPAA has not rated this film. The Kids-In-Mind.com evaluation includes a remark about a man having fallen in love and a cleavage revealing top, several scenes of alien abduction with descriptions by people who experienced it and one scene showing a pickup truck being lifted of the ground and then dropped, a few scenes with men firing laser guns at people with two being struck, a few scenes showing alien vessels spinning in the air, and some mild language. Read our parents’ guide below for details on sexual content, violence & strong language.” A young NASA scientist (Ryan Masson) is abducted by extraterrestrials and while he can’t remember much, he manages to videotape part of the encounter. The footage is not enough to convince skeptics, but he ends up being pursued by a secretive organization while he tries to find other abductees and figure out when the extraterrestrials will show up again. Also with Highdee Kuan, Christian Prentice, Shaw Jones and Don Scribner. Directed by Eric Demeusy. A few lines of dialogue are spoken in Spanish without translation. [Running Time: 1:55]

– A man talks about falling in love with a woman and we see him get into bed with her (they are both clothed). A man talks about hitchhiking home and that he hopes there’ll be some cute girls and not “creepers” passing by.
► The extraterrestrials are humanoid with large eyes and tightly stretched flesh, long arms, legs, and the outline of buttocks as well as heavy shadow resembling the shape of pubic hair in the crotch area. A woman wears a low-cut tank top that reveals cleavage.

– A pickup truck is lifted off a road and out of sight as another pickup stops abruptly; the first truck is dropped back onto the ground, tips over onto the second truck and when the driver of the second truck gets out and finds the first driver pinned inside his vehicle (we do not see injuries), he sees something in the sky and runs away but is caught in a force field that lifts him into the air (we see him grimacing).
► Two androids jump onto a train where three people are seated: the passengers put on masks that confuse the androids, they run to the roof of the train as the android shoot at them and one android falls off, the other chases a man inside the train and he kicks the android off the train. A man breaks free of restraints that hold him in a chair, he uses a metal bar to hit two androids in the head (we see glowing liquid flowing from their eyes and mouths) and he runs out of the room and to another room where he frees a woman and they run away as they are fired on by men and other androids; the man uses a gun to shoot back and he and the woman escape through a passage onto a dirt road. Many armed agents surround a cabin and when a man comes out of the cabin holding a gun, they shoot him and he falls (no wounds or blood are shown); a woman comes out to attend to the man and she is also shot (no wounds or blood are shown) and the cabin is then shot repeatedly as two men inside get away (we see both of the people that were shot revived later). A man with a gun comes out of a cabin and threatens three people, they back up, one man explains who they are, and he lowers his weapon. Two men enter a room and grab another man; he runs away and they shoot laser guns at him and he is shown being dragged by two androids to a room where he is strapped into a chair and questioned by a man from another room and told to “remain compliant” or “this could end badly.” Two androids on motorcycles track and chase a man and a woman.
► Many fiery orbs move through the sky and toward the ground as people watch in awe; armed police arrive at a hilltop where a man hides and watches an orb lower in the distance; he runs and stops in a forest where he sees a spinning flying vessel above him and he turns to see an extraterrestrial being standing behind him; he wakes up a few days later in a different place and seems confused.
► An extraterrestrial puts a metallic cuff on a woman’s arm and her arm separates exposing a tracking device that is removed and her arm goes back to normal (there’s no blood, or gore or an evident wound); the same procedure is done on a man’s arm.
► A man stands in a forest and an extraterrestrial being appears behind him; we then see them in a cabin talking, using a translator, and the alien says that they are looking for the origin of the universe. A man watches a video on his recorder and we see his feet lifting off the ground (presumably taken into an alien vessel). A man stares at his TV and it seems to disappear then reappear and he pushes his hand through what looks like a force field. A man receives abusive messages after he appears on a TV show and he is made to look as though he is lying about his encounter with extraterrestrials; one message reads, “Jump off a bridge.” A woman says that people accuse her of “looking for attention.” A man says, “I can’t eat, I can’t sleep.” An extraterrestrial shows a man a picture of Jesus and asks who he is, saying that he seems to have played a role in the origin of humankind.
► A man monitors chatter on a radio and calls for someone to report to a location where there is “activity.” Two men monitor a signal they are receiving and they talk about it not being a satellite; when one man investigates, a message appears on a screen that reads, “unknown origin.” A man asks another man to take a polygraph test to prove that he is telling the truth and he agrees; the man asks him several questions including, “Are you human?” We hear a computerized voice saying, “We are coming.”
► A man is shown with bruises on his arm and he seems to feel pain in the arm after an encounter with extraterrestrials. An android scans a man’s arm for a “tracker.” A woman talks to a man about his “healing physically” and recommends that he start a journal to help in his self-healing process. A doctor tells a man that he is suffering from dehydration and shows him an X-ray of his arm that shows a fracture (we see the injured bone). A man describes feeling paralyzed when he was caught in a force field. A woman describes what she remembers about her alien abduction and says that her relatives told her that she had been missing for two days and that she has felt different ever since. People write about the aftereffects of alien abduction including nosebleeds and insomnia. A man shows paintings of what seem to be alien craft in the sky; he talks about the astronauts of Apollo 11 having reported an object following them, and the Endeavor having photographed an object hovering above Earth. A man and a woman track down another man that can help them find a man that has been isolated in a remote area waiting for the return of extraterrestrials. A man talks about another man having wrecked a Volvo.

– Extraterrestrials recognize the importance of Christianity and that’s a principal reason for visiting the Earth. 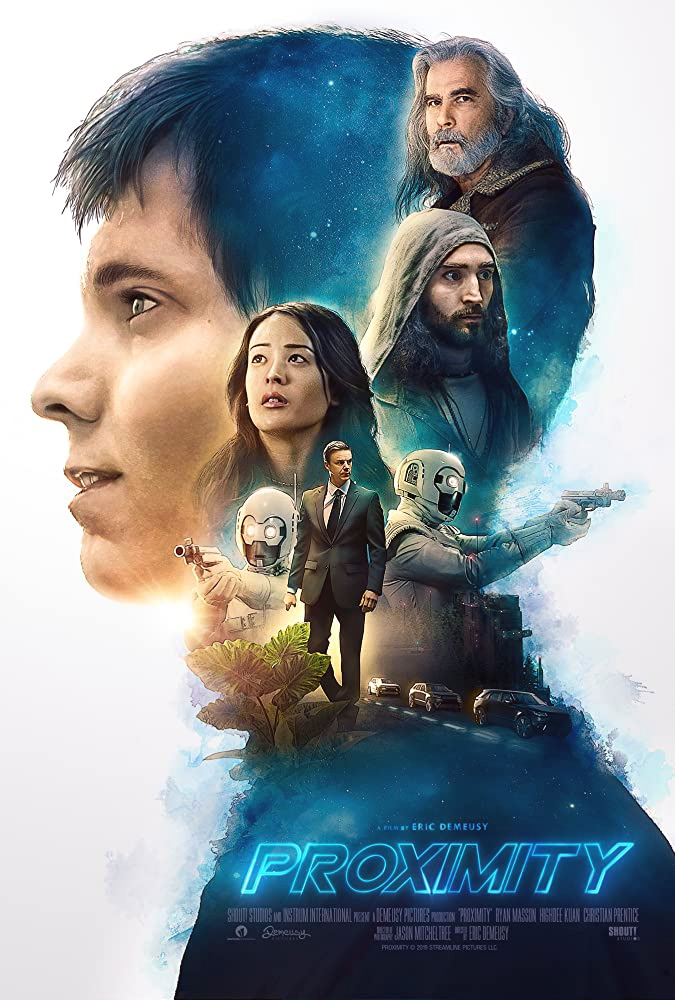