A Greek physician (Jim Caviezel) travels to Emperor Nero's dungeon where the Apostle Paul (James Faulkner) is tortured and held as a scapegoat for the burning of Rome. The physician convinces Paul to allow him to record the apostle's testimony for Christ. Also with Olivier Martinez, Joanne Whalley, John Lynch and Noah Huntley. Directed by Andrew Hyatt. One line is shouted in an unknown foreign language without translation. One character has a heavy accent as he speaks English. [1:45]

SEX/NUDITY 1 - A man and a woman hug in two scenes. A woman kisses a man on the cheek. A man kisses a woman on the forehead.
► A man in an ancient Roman restaurant holds a woman by the waist and tells another man he will "get him one" (implying a prostitute), and the second man declines.
► A man in the street wears only a loincloth and a chain between his wrists behind his back; we see his bare back, chest, shoulders, arms, thighs and knees as a soldier tosses liquid on him (please see the Violence/Gore category for more details).

LANGUAGE 2 - Name-calling (fools, old man, pathetic, malicious, ugly, rubbish, drunks, cripples, cantankerous), 14 religious exclamations (e.g. My God, Thank God, Praise God, Who Are You Lord, We Belong To God, We Come In The Name Of Christ, Father Forgive Them, I Saw Christ In You, The Lord Be With You, We Trust In God, the Lord's prayer recited by two groups of people and one individual in a sequence, Jesus Christ is mentioned dozens of times in conversation, but these mentions are not in exclamations).

SUBSTANCE USE - A physician gives a prostrate man a cup of unknown medicine for some sort of illness, and we see clouds of incense rising from a pagan altar set up to ask for healing in a couple of scenes. A few scenes show women and men pouring wine into cups and a few men drink the wine at midday and later meals, two men in a café drink wine in one scene and hold cups of it in another scene, two men drink wine together for communion, and a man takes a drink of wine and spits it out (we see wine spit to somewhere below the frame).

MESSAGE - Paul of the Book of Acts converted from a murderer of Christians to their leader and a teacher of love and forgiveness. 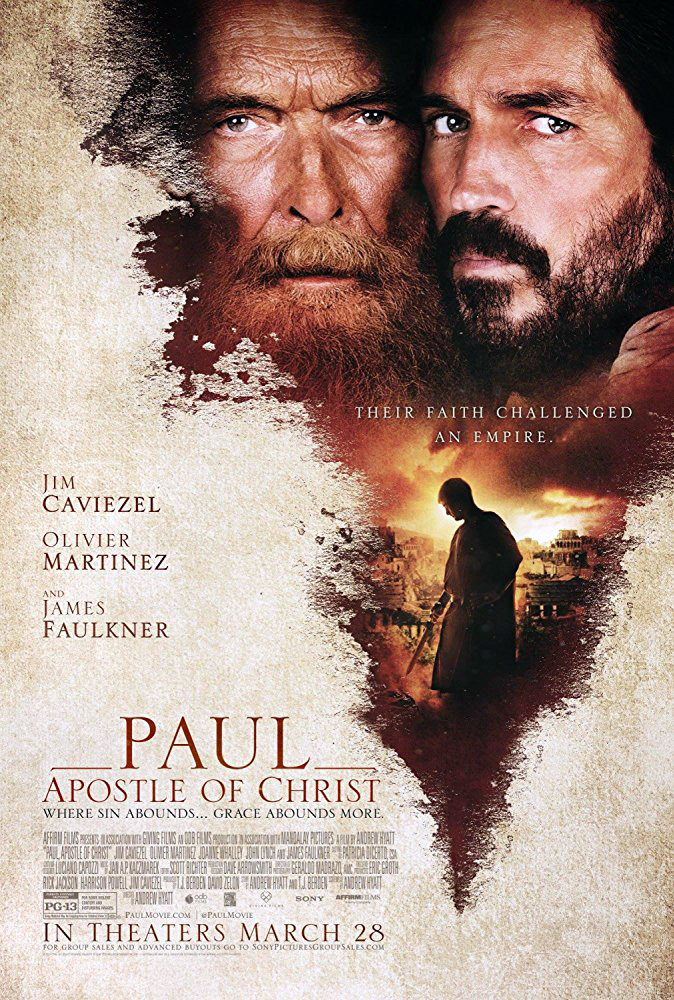