Why is “Palm Springs” rated R? The MPAA rating has been assigned for “sexual content, language throughout, drug use and some violence.” The Kids-In-Mind.com evaluation includes a few sex scenes between a man and different women and between two men (with partial nudity), and several flirting scenes and discussions of infidelity and marriage; many scenes of death (some self-inflicted) in a variety of ways with some bloody wounds shown although nobody actually dies, a couple of fights, a couple of explosions, and many arguments, and over 50 F-words and other strong language. Read our parents’ guide below for details on sexual content, violence & strong language. Romantic comedy inspired by 1993’s Groundhog Day: A carefree man (Andy Samberg) has been trapped in the same day at a dysfunctional Palm Springs wedding, when he’s inadvertently joined by the melancholic maid of honor (Cristin Milioti). They now have to decide whether to spend eternity together, living the same day over and over, or try to find a way to return to life’s many challenges. Also with J.K. Simmons, Peter Gallagher, Meredith Hagner, Camila Mendes, Tyler Hoechlin, Chris Pang and Jacqueline Obradors. Directed by Max Barbakow. [Running Time: 1:30]

– There are several scenes of people dying or being killed but nobody actually dies.
► A man and a woman in a secluded desert setting are about to have sex when the man is shot in the back by an arrow, he pulls the arrow out and he and the woman both yell, the man runs away leaving the woman screaming and he is shot in the leg (we see blood); he hides behind a rock and the shooter calls out to him, and then leaves. A man kills another man repeatedly in various ways: he fills a pool with flammable liquid and sets him on fire (we hear him scream), he waterboards him (we hear him scream), and he shoots him with arrows (the man does not die and keeps reviving). A woman speeds in her car toward an oncoming truck on a two-lane road and it is implied that they collide (we do not see the collision). A woman walks onto a two-lane highway in front of an oncoming truck (we see her struck and thrown and do not see the result). A man and woman crash in a plane and we see it careening toward the ground and see it blow up on impact in the distance. A woman walks toward another woman and trips, falls, hits her face on a cement patio and knocks her front teeth out (we see blood on her face and mouth and we see the bloody teeth). A woman falls off a moving car (we hear her thump across the roof and see her fall off the trunk with no wounds shown). A man yells at a wedding that there is a bomb in the cake, he pulls the explosive out and shoots it into the air, where it explodes. A woman driving on a two lane highway is unnerved by being followed by a police car, she throws a can of beer out the window, and speeds up until the officer pulls her over and she gets out of the car screaming for help and the officer tells the man in the car to get out while holding a gun on him; the woman gets into the cruiser and speeds toward the officer, crushing him between the two cars (he falls to the ground with blood in his mouth), another officer arrives and tasers the first man and he collapses (we see blood dripping from his eye later), and we see the man and the woman handcuffed on the side of the road. A man stands in a recycle bin and another man shoots him in the chest with an arrow (we see blood and he collapses).
► Two men fight, tackling each other and punching each other: one man straddles the other on the ground and the pinned man stabs him in the cheek with a fork (we see blood and the fork sticking out of his face). A man punches another man in the face and he throws him out of a bar; the man lands on the ground outside with a bloody nose and mouth. A woman yells at a man in swimming pool and throws beer cans at him, then jumps into the pool, continuing to yell as she grabs him. A woman barges into a hotel room where she yells at a sleeping man and twists his toe to wake him (we hear a crack). Two men hide in a bathroom and take drugs; they sit in a bathtub while another man pounds on the door. A man tells a woman that her husband has been cheating on her. A man yells at a man and a woman when he finds them floating on inflatables in his swimming pool.
► A woman wears a belt of explosives over her shoulder and walks toward the entrance of a cave; a man joins her, they walk inside and we see a large blast (we do not see the result). A woman straps an explosive belt on a goat and leads it into a cave (we do not see an explosion but understand that it was detonated). A man and woman take target practice and shoot at a picture of a man. The ground rumbles in several scenes (implying an earthquake) and people yell and stumble in a couple of the scenes; one scene shows the ground crack open and a bright light shines up through the opening. A man drags himself on the ground into a cave entrance that glows and he seems to disappear as a woman follows and he calls out for her not to come in. A man and woman give each other tattoos on their backs and we see a bit of blood and reddened skin.
► The ground rumbles and rocks tumble from formations in a desert where a man stands and calls out, “I am the anti-Christ.” A man asks a woman, “Will you kill me?” and she scoffs. A woman says of her sister, “She’d murder me.” A woman talks about another woman donating her bone marrow to her brother, saving his life. A woman screams into her pillow when she wakes up. A woman tells a man that she hit another man while driving the car they are in. A man and a woman yell at each other. A man says, “Life is meaningless” in a few scenes. A woman talks about her mother being dead.
► A woman vomits into a wastebasket and we see goo. A man comes out from behind a large cactus, zipping up his pants, and it is implied that he was urinating. A young boy is shown watering a pile of dog feces in a yard.

– Two men snort a drug (one man has blue powder residue on his nose and the other has white powder residue on his nose), a man snorts cocaine, a man makes a comment about having smoked a lot of a drug, a man talks about partying with another man one night, a woman makes a comment about a man having taken something, and a man tells a woman, “These were fantastic mushrooms” (implying the hallucinogenic type). Two men drink beers in a swimming pool, people drink champagne and hard liquor in several wedding reception scenes, a man drinks cans of beer in many scenes throughout the movie, a woman says that her family tells her that she drinks too much, a woman guzzles a beer from a can, a man and a woman drink cans of beer in a car as the woman drives, a man is shown drinking in excess and he collapses on a bed, people are shown drinking in several bar scenes, and a woman says of her daughter that “…she’s been drinking.”

– Life may or may not be meaningless, but you don’t have to spend it alone. 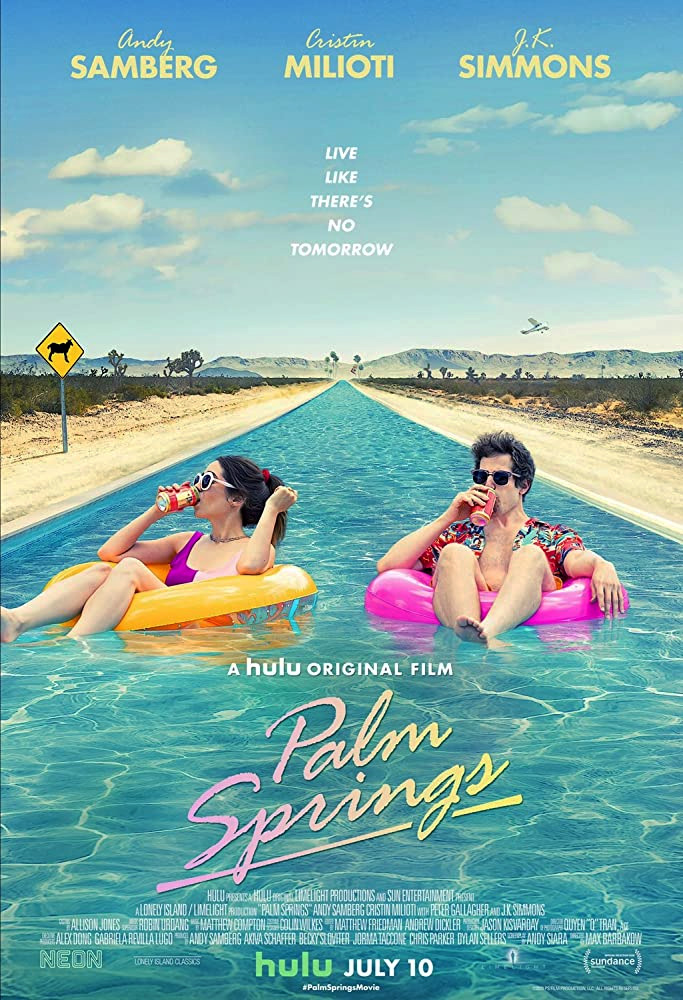