Charlize Theron stars as a woman who runs away from an abusive husband and to her family home. However, she's not welcomed by her father, who's still upset that she became pregnant when she was a teenager. Determined to make her own way, she gets a job at the nearby iron mine, only to realize that the men who work there, including her father, do not want to compete with women and can be extremely abusive. She refuses to quit and ends up suing the mine for sexual harassment. Also with Frances McDormand, Sissy Spacek, Woody Harrelson and Sean Bean. Directed by Niki Caro. [2:06]

SEX/NUDITY 7 - An older man and authority figure forces himself on a teenage girl and rapes her: we see the man touching the girl, we see her trying to refuse him, he kisses her, he opens his pants, and we see him thrusting while she is pressed against a door and cries for help.
► A woman opens her lunch box and finds that someone has put a rubber phallus in it; other women sitting at the table make remarks about it. A woman finds semen on her hat in her locker.
► A woman wears a hospital robe and lies on an examining table during a gynecological exam performed by a man (we see her bare legs and back).
► A man reaches into a woman's overalls' pocket and rubs her breast, pretending to look for cigarettes. A man calls out to a woman for her to expose her breasts. A man says to several women, "You can whip 'em out whenever you want" (implying breasts).
► A man says to a woman, "Doc says you look really good under those clothes." A picture is drawn in dust on a wall (it is hard to make out what the picture depicts, but the implication is that it may depict fellatio) and the words "Sherry eats here" are written near it. A man says he wants, "One with a nice body" to work with him.
► We listen to several clips from the Anita Hill/Clarence Thomas televised hearings where she is describing in sexual terms inappropriate conversations including references to a man's endowment. Sexual terms are painted on the side of a piece of equipment that a woman is operating, and men laugh about it.
► A woman wears a low-cut top that reveals cleavage. A woman wears an off-the-shoulder sweater that reveals her bare shoulders. A boy sits on the bathroom floor wearing only boxer shorts. There is a photo of a scantily clad woman on a calendar and she is seated with her legs spread wide apart.
► A husband and wife kiss in a few scenes. A man tries to kiss a woman and she pushes away from him.
► A woman invites a man to dance but he declines. A man makes advances toward a woman but she rebuffs him. Men and women are shown dancing at a bar.
► A female attorney in court asks a woman how many sexual partners she has had and suggests that she is promiscuous. A man asks his adult daughter if she is going to become a lesbian and her young daughter says that she wants to become a lesbian.

VIOLENCE/GORE 5 - An older man and authority figure forces himself on a teenage girl and rapes her: we see the man touching the girl, we see her trying to refuse him, he kisses her, he opens his pants, and we see him thrusting while she is pressed against a door and cries for help.
► A man shoves a woman to the ground, holds her around the throat, grabs her by the crotch, squeezes hard and lies on top of her while threatening her.
► We see a woman lying on her kitchen floor and when she gets up off the floor we see her bloody face, mouth and bruised eye -- trauma that was presumably inflicted by her husband.
► A woman uses a portable toilet, two men stand on either side of it, tip it back and forth until it tips over and she falls out, covered with feces and urine.
► A woman yells at her son, grabs him, pulls him out of a car, he yells at her and makes insulting remarks about her, and she hits him. A man is punched in the face, he falls to the floor, and is helped to his feet and he leaves.
► A woman walks up into a conveyor tube to investigate why it is not working, and the conveyor is switched on throwing a lot of dust into the air and causing the woman to gag and gasp for air; she runs to the top of the tube, leans against a gate (high above a mining pit) and a man presses against her and the gate (she is afraid that he will push her into the pit).
► A man grabs a man and threatens to kill him. A man and a woman argue. A woman yells at a woman and makes abusive and insulting remarks in front of a crowd of people. A man accuses a woman of trying to force herself on him, and a woman accuses a man of attacking her.
► A woman appears frightened when a man (her husband) speeds into their driveway. We see a woman's body deteriorate as she is affected by ALS (Lou Gehrig's Disease).
► Boys are slammed into sideboards repeatedly during a hockey game.
► There are several explosions in and around mines.
► A woman finds semen on her hat in her locker. Derogatory terms are painted on a women's locker room wall with feces and people recoil from the odor. A boy says that he is not wearing his clothes because he vomited on them after drinking too much alcohol.

SUBSTANCE USE - A young boy (10-11) is shown holding an alcohol bottle and is obviously drunk. A high school boy and girl drink alcohol from a flask while skipping class. A woman drinks large quantities of alcohol through a straw, a man drinks alcohol, a man drinks beer at a bar, and several people are shown drinking beer in several bar scenes. People are shown drinking alcohol and smoking cigarettes in a couple of bar scenes, and men drink alcohol and smoke in a bar scene. A woman stumbles and falls while getting out of a car because she has had alcohol. A teacher smokes in a detention room where two students are seated, several people smoke in a cafeteria, and a woman smokes a cigarette.

DISCUSSION TOPICS - Rape, sexism, sexual harassment, the assumption that when women are raped or abused they are asking for it, motherhood, becoming pregnant from an act of violence, inequality between the sexes, respect, the iron mines of Northern Minnesota, shame, law, single parenting, ALS, children out of wedlock, paranoia, homosexuality, professional sports, bitterness, success, spousal abuse, father/daughter relationships.

MESSAGE - Stand up for what is right even if you are standing alone. 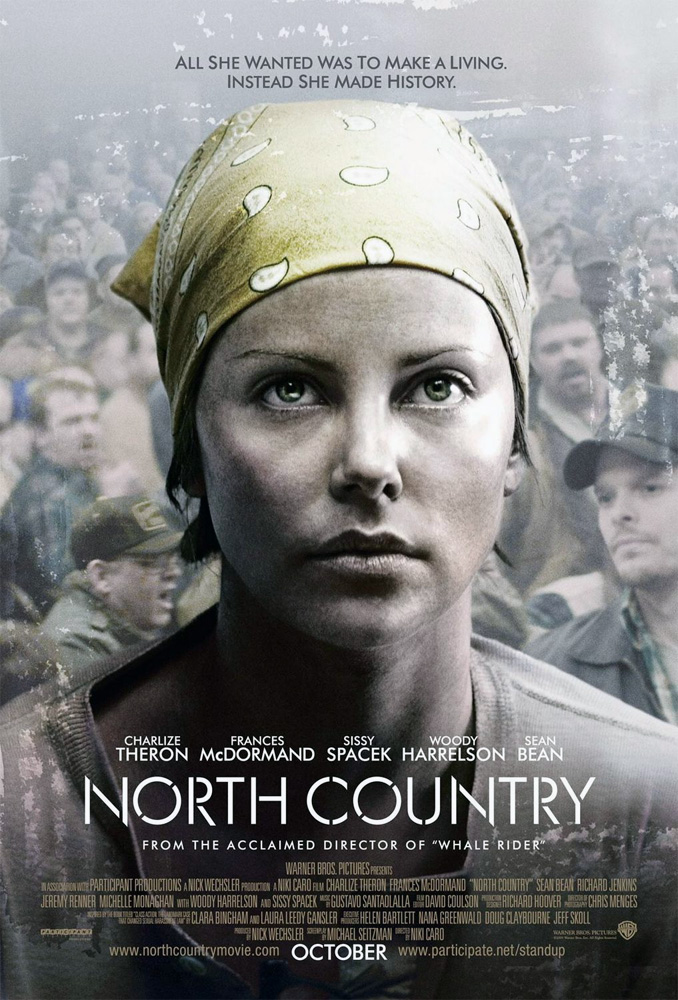