Two strangers (Idris Elba and Kate Winslet) share a small chartered airplane when commercial flights are fully booked, but their pilot does not file a flight plan and they soon crash on a snowy Utah mountain range. Now, they must fight nature and injuries to survive. Also with Dermot Mulroney and Beau Bridges. Directed by Hany Abu-Assad. [1:49]

SEX/NUDITY 5 - A woman kisses a man quickly, they look at each other and they kiss more slowly; they kiss passionately and remove their sweaters (he is shirtless, revealing his bare chest and she wears a bra under a thin undershirt), the camera cuts to the couple as they kiss a few more times (her undershirt is removed and we see cleavage, abdomen and a flash of underwear), the camera cuts to her hands unbuckling his pants and the camera cuts back to their heads and shoulders as some thrusting occurs and the woman moans, ending the scene. A man kisses a woman quickly and says he will always love her. A man and a woman run around a corner and into each other's embrace.
► A steam-covered shower stall shows a man from the waist up showering and we see his blurred back and chest. We see a photo of a sleeping man on his side, from the waist up, shirtless. Three scenes show a woman wearing V-neck tops that reveal cleavage. A woman wears a clingy dress that accentuates her curves and breasts. A woman in a darkened bedroom wears a slip under bed covers (we see cleavage).
► A man and a woman in heavy parkas and snow pants hug and lie next to each other for warmth near a campfire in below-zero conditions on several nights; one night, they sleep against a tree and she places his cold hands inside her heavy parka to warm them and on two nights, they hold hands briefly. A woman tells a man that she has fancy underwear and the man says it is not that fancy. A man helps an injured woman loosen her trousers below the frame and helps her replace them again below the frame. A man pushes an injured woman up over a snowy ledge by her rear end. A man says that he once had an affair with a married woman.

VIOLENCE/GORE 5 - A small-plane pilot begins to grimace and whimper in close-up, stuttering into a microphone and then collapsing forward; the tail of the plane rips away and the remainder buffets and seems to scrape along mountain ridges as a man, a woman, and a dog are thrown around the plane, and we hear some shouts, and the screen goes black.
► A mountain lion enters a crashed plane snarling as it approaches the camera; a woman inside fires a flare into the cat's face to end the scene (we later see a close-up of the cat's dead face, eyes closed and mouth open to show its fangs, with blood under the mouth). A woman falls through ice into frigid water and falls unconscious until she is pulled out and carried to an abandoned cabin where we see the unconscious woman under covers in a bed beside a lit fireplace. A man runs into a bear trap and screams in pain (we see no blood); a woman limps to him and screams as she tries to pry the trap open until he tells her to stop because it hurts too much and the man passes out. A man slides down a snowy mountain side several yards and stops right at the edge of a cliff and catches himself, and then slowly climbs back up.
► An injured woman and a dog lie in a crashed plane, while a mountain lion walks around it, slapping the windows; the dog barks and runs out through a curtain and we hear snarling, roaring, and yelping.
► A man awakens in a crashed plane; he grimaces and groans, finding two cuts on his stomach and a little blood (he later says he has a couple of cracked ribs), he runs outside onto a snowy mountain and shouts twice, he finds a woman unconscious still in the plane (we see a thin trail of blood streaming from her hairline, across her forehead, and into her swollen, cut left eye and bruises just under the eye) and he finds a cut on her shin that is red and open (he bandages it) and the woman is unconscious for 36 hours and then awakens, groaning; a dog in the plane is unhurt. A man takes a long syringe of anti-venom serum and injects it into the vein of a woman's arm (we see no blood, but we see the needle go in) and she wakes up, groaning a while after. A woman with a bandaged leg falls in deep snow and a man pulls her on a sled. A woman stranded on a snowy mountain wears a makeshift boot up to the knee of her injured leg and walks slowly using a ski pole as a cane. A woman awakens at night, choking and coughs several times, looking panicked until she can breathe normally.
► A man and a woman walk in hip deep snow with a dog. A man shoots a flare into the sky from a mountain toward a passing plane. A man uses trash to make an SOS in the snow.
► We see the dead gray face of a man in close-up with eyes closed; another man places the body on a plastic sheet, pulls it out of a crashed plane, and buries it in the snow as a dog whines and lies down. A thin line of blood is seen on the snow. A woman holds a dog as a man sews up a slash on its neck (the dog whines a couple of times) and we see the red cut and a little blood. A man wakes up in a hospital with bandages on all his fingers and thumb of the right hand and two fingers of the left hand; he limps down a hallway to a woman's room where she is sitting up in bed, her face scratched somewhat. A man and woman cook meat from the big cat over a fire in the dark and give some to a dog as they eat. A dog chases a rabbit for food, but loses it.
► A man and a woman argue loudly three times for several seconds. A woman tells a man that she knew a teen girl who was injured in an explosion and took a photo of her as she was dying; she says she does not want anyone else's last photo. A man says that his wife became his patient and then died. A doctor tells a woman that he can no longer perform surgery because of injuries, but has moved on to treating post-traumatic stress patients.
► A woman urinates into a metal bowl in a plane and we hear but do not see urine. A man dumps urine into snow outside. A woman brushes her teeth and spits white spittle into a metal bowl. A man comes out of a bathroom and we hear the flushing of a toilet.

SUBSTANCE USE - A man administers anti-venom serum to an unconscious woman who nearly drowned to revive her (please see the Violence/Gore category for more details). A photo decal of a bottle of beer is seen on a glass door, a garden party shows glasses of wines and bottles of beer in the hands of men and women who sip from them, and a restaurant features a few men and women drinking short cocktails and glasses of wine. A man uses a cigarette lighter to light a campfire.

MESSAGE - The power of love can save lives. 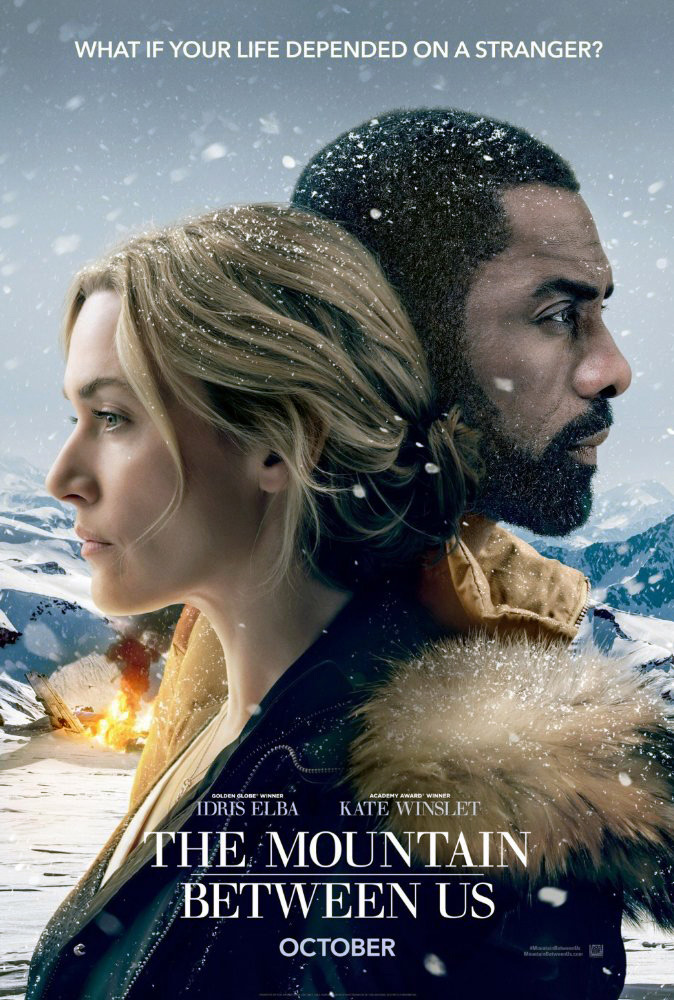