Based on the journals of Argentine-born Marxist revolutionary and Cuban guerrilla leader Che Guevara, which were written during a journey, with his best friend on a motorcycle, through South America in the 1950s. The film recounts how the trip exposed both men to the grinding poverty, dreadful working conditions, and class distinctions of South American societies, and convinced them that revolution was the only way to egalitarian prosperity. With Gael Garcia Bernal, Rodrigo de la Serna, Mia Maestro, Mercedes Moran and Susana Lanteri. Directed by Walter Salles [2:08]

SEX/NUDITY 5 - A man and a woman kiss in the back seat of a car, she lies back and he lies on top of her (her blouse is partially open and reveals the lace of her slip), they kiss again, and then talk. A man and a woman roll on the ground in a sleeping bag, the man lies on top of the woman, she giggles, and they kiss (it is implied that they have sex). A man and a woman kiss. A man and a woman go into a cabin and it is implied that they have sex. A woman talks about her job on a ship, which is being a prostitute. A woman talks about the sex organ of a dolphin and that men have sex with them. Two men flirt with two women in a bar. A man dances with a married woman, she invites him outside, her husband sees them together, and he and a group of men chase the man and his friend through streets. A woman tells a man that she would not mind "being taken." A man kisses a woman on the cheek. A man asks another man if he had sex with a woman. Men and women dance together in several scenes. Two men talk about having sex in every town they stop, during a journey. Women wear low-cut dresses that reveal cleavage, bare shoulders and backs.

VIOLENCE/GORE 4 - We read that a man was murdered in 1967 by the C.I.A. A woman with leprosy is given several injections in her infected arm, then the doctor holds a scalpel to the arm and although we do not see the surgery, we hear him saying something about removing a nerve. A man has a severe asthma attack; he falls down stairs, writhes on the floor, and is carried to a bed where he is given an injection of adrenaline. A man has an asthma attack, he gasps for air and he vomits; the man is very sick and weak for some time. A man has an asthma attack on a rugby field and gasps for breath. People talk about being thrown off their land, being terrorized, and of others disappearing and rumored to be dead. A woman invites a man outside, when her husband sees her she changes her mind, the man begins to pull on her and while refusing she falls to the ground; her husband and others chase the man and his friend through streets. A man swims across a river in the dark, we hear his labored breathing and he appears to have trouble reaching the bank on the other side. A man reads a letter and hits a pole in anger. Two men on a motorcycle drive off a road and into a stream, the men are tossed into the water, and a puppy in a backpack lands on the ground (the puppy is uninjured). A motorcycle with two men on it crashes several times leaving the men on the ground and the motorcycle in various pieces: Two men on a motorcycle crash into a cow. A motorcycle with two men riding it nearly runs into an oncoming bus. A man gives a man a gun for protection on a trip. We see many people suffering from leprosy; some are missing digits, and some are missing hands and limbs. A man has a burn on his calf from the exhaust of a motorcycle.

MESSAGE - Life is painful but doing something to try to make a difference is worthwhile. 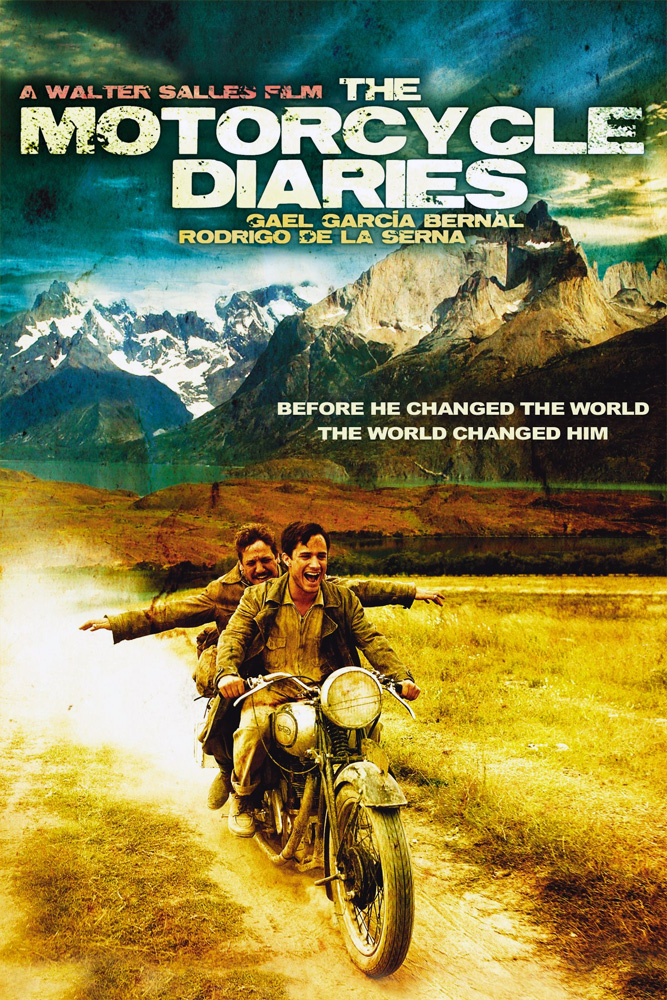