Drama centered around the stories of three women: a 50-year-old woman (Annette Bening) who gave up a daughter for adoption when she was 14-years-old, the now 37-year-old daughter (Naomi Watts), and a woman (Kerry Washington) who is about to adopt a child. Also with Jimmy Smits, Samuel L. Jackson, S. Epatha Merkerson, Shareeka Epps and Cherry Jones. Directed by Rodrigo Garcia. [2:05]

SEX/NUDITY 8 - A man and a woman are seen engaging in active intercourse with the man on top of the woman, thrusting as they moan loudly (the bare breasts of the woman are partially visible and the man's bare buttocks are seen briefly).
► A woman and an older man kiss, the woman pushes the man down on a bed and is seen slipping her underpants off from under her dress; she unzip the man's pants (we do not see nudity), mounts him and begins to have active intercourse with thrusting.
► A woman's bare buttocks are seen as she puts on a robe; she then opens the robe, revealing herself to a man, and we see one of her breasts and her genital area.
► A teenage girl and a teenage boy are seen kissing, she takes off her shirt, revealing a bra, and it is implied they have intercourse; the teenage girl is later seen pregnant. A man and a woman are seen lying side-by-side in bed; the man is shirtless and it is implied that they had sex.
► A woman slips off her underpants under her dress and places them in the drawer of another woman; she then lies facedown on the bed, exposing a portion of her bare buttocks to a man. A woman is seen receiving a pelvic exam (no nudity visible, we only see her bare legs) as a female doctor examines her. The bare stomach of a pregnant woman is seen when she wears a bra with an open robe.
► It is implied that a woman is rubbing a man's genitals while they sit in a parked car; the woman asks the man if it feels good and the man agrees. A woman rests her head on the bare chest of a man, as they lie side-by-side in bed.
► Men and women kiss. A man and woman hug, and the man kisses the woman on the head.
► A teenage girl jokes with a woman that she has a future career in phone sex.

VIOLENCE/GORE 3 - We overhear doctors say that a woman who just had a C-section cannot stop bleeding; we then see a sheet placed over the still face of the woman, implying she died. A woman hooked up to a breathing machine in a hospital bed is seen closing her eyes and buzzers begin to go off, implying the woman died.
► A woman has to be restrained by a man and another woman as she attempts to run into a room; the woman screams loudly and collapses on the floor in tears.
► An elderly woman is found seizing and foaming at the mouth; she is taken to a hospital, where she remarks that she does not want to die.
► A teenage girl and a woman are seen screaming and panting in pain as they give birth. A woman is seen cutting the umbilical cord of an infant.
► A woman angrily shoves items off a countertop and then shouts at another woman. A woman shouts loudly at a man. A woman shouts at a young girl and yanks her by the arm.
► A woman writes in a journal about a child wetting the bed. People casually discuss death.

MESSAGE - The love between a mother and child is very special. 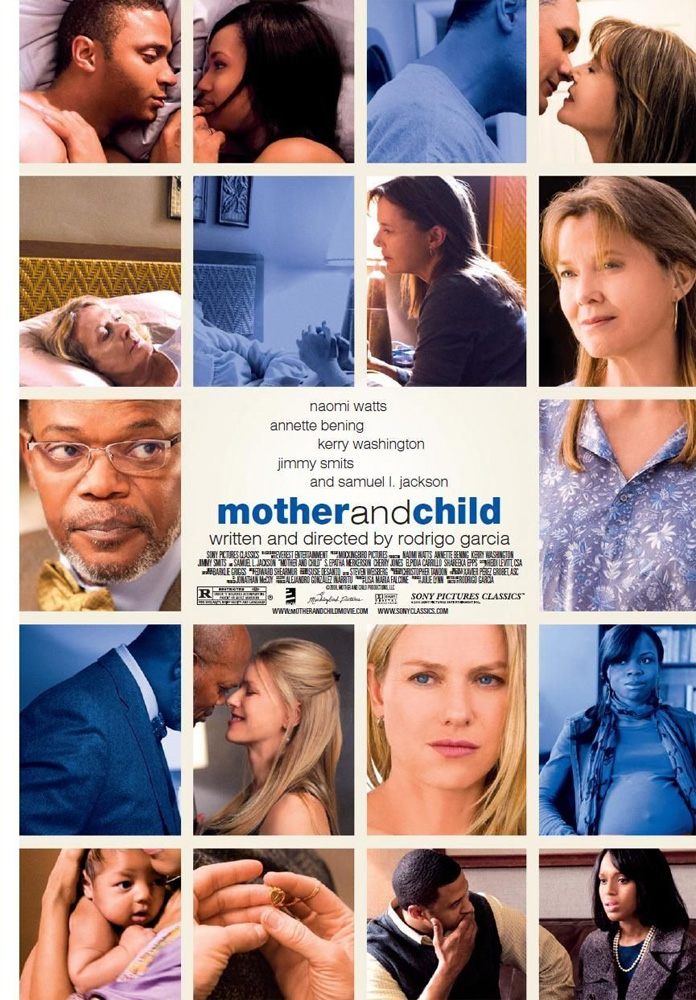