Animated tale of a girl (voiced by Auli'i Cravalho) destined to lead the people of her small Polynesian island. She is drawn to the sea and when her people's survival is threatened she takes to the water to find help. Also with the voices of Dwayne Johnson, Rachel House, Temuera Morrison, Jemaine Clement, Nicole Scherzinger and Alan Tudyk. Directed by Ron Clements, Don Hall, John Musker & Chris Williams. [1:53]

SEX/NUDITY 1 - Men are shown shirtless and they reveal bare chests, abdomens and backs. A man wears a string of leaves around his waist and his bare chests, abdomen, back and legs are seen. Women's outfits reveal cleavage, abdomens, bare shoulders and upper chests. Toddler boys and toddler girls are shown shirtless with bare chests and abdomens and backs revealed.
► A toddler boy dances with hip thrusts and makes a flirty face while an older girl teaches him and other toddlers to dance traditional dances.

VIOLENCE/GORE 3 - A heavy storm blows on the ocean and a girl's boat is capsized and wrecked on an island (we see her, her companion chicken unharmed and her boat washed up on an island). Two young men on a boat are caught in a heavy storm, the boat is capsized and we hear that one young man drowned. A girl rows a boat past a reef and encounters rough water; she and a piglet are thrown off the boat, waves crash down on her and her foot becomes caught in coral but she frees herself (we see a scratch on her foot later).
► A man turns into a large bird and flies toward an island where a huge lava monster rises and they fight: the man is struck several times, the man cuts the monster's hands off and they re-grow, and the monster throws lava boulders at a girl on a boat as she tries to find a way around it (the girl gets by unharmed). A large ship with many people wearing scary masks and referred to as "murdering pirates" bears down on a small boat; many arrows are launched from the ship and pirates attempt to board the boat where a man and a girl fight them off; several swarm the man and he fights with them while one gets away with a small stone and a chicken. A girl jumps onto a large ship with many pirates and hits many of them out of the way as they shoot arrows and darts at her; she retrieves what they stole from her and jumps off the ship, slides across a rope and lands safely on her small boat to escape. A giant lava monster moves toward a girl (she is not harmed).
► A man and a girl jump into a very deep opening in a mountain and fall a great distance, plunging into water and eventually finding a giant crab that they fight to regain a magical hook that helps the man shape-shift; the girl bounces off the man's head and he says, "She's dead" as we see her being chased by bats, wrapped up in a creature's sticky tongue and a giant creature with thorns walks nearby; a giant crab nearly eats a girl that it holds in its pincers then it throws her into a cage made of bones, while it grabs a man by the hair and drags him by the foot and says, "I'll eat you" and they get away safely and are shot back to the surface.
► A man pushes a boulder to block the entrance to a cave trapping a girl inside (she does get out). A man throws a girl off a boat repeatedly and each time she is placed back on the boat in a wave of water. A man throws a stone a great distance and it lands in the ocean; the stone is thrown back and hits the man in the head (no injury if shown). A man is jabbed in the buttock with a dart that causes him to be paralyzed.
► A girl jumps from a high rock and lands in the ocean near a man on a small boat. A girl goes into a dark cave, pounds on a drum and images of her ancestors are revealed to her; we hear that boats stopped returning home. A toddler walks to the ocean's edge alone and shades a small turtle using a palm frond as it tries to make its way to the water; two birds snap at the turtle and the child shoos them away. A woman walks into the ocean and is surrounded by stingrays that swim around her (she is not harmed).
► An elderly woman lies dying and her granddaughter cries over her; the girl leaves and we understand that the grandmother died.
► A man yells at his daughter in a few scenes. A chicken screeches when it looks around and sees only water while on a boat. A man is startled when he sees a girl on an island where he thought he was alone. A man threatens to eat a chicken. A man tells a girl, "I will smite you." A woman tells the story of a demi-god (we see the story play out) that stole a stone that caused an island to turn to ash and death to spread into the sea around the island and a giant lava monster rises up and crashes down on a small boat that throws the rider into the ocean; the youngsters listening are enthralled, one faints and one bursts into tears. A girl dreams of her island turning to ash and her parents calling for her. A man tells a girl that an entrance to the Realm of Monsters only opens up after a human sacrifice (he is joking). A man says that his parents threw him into the sea because they didn't want him. People are alarmed when they return from fishing and all of their traps are empty; they later discover that coconuts are rotted.
► A man shape-shifts repeatedly into a variety of animals and creatures. A man's chest, abdomen, back, arms and legs are covered with tattoos that move and interact with him. A man turns into a beetle and a chicken eats him; the man changes back to human form and the chicken is shown attached to the man's finger.
► A man urinates into the ocean as a girl puts her hand in the water and remarks about the warmth of the water; she says, "That's disgusting." A man says, "If you sing, I'm gonna throw up."

DISCUSSION TOPICS - Legends, gods, tradition, sharing, being who you are, explorers, finding happiness, being a leader, demi-gods, mortals, immortals, death of a grandparent, environmental disasters, wanting to be loved, abandonment,

MESSAGE - Finding out who you are meant to be can be challenging. Taking responsibility for your actions and setting things right makes all the difference.

(Note: An animated short film contains the following: We see a body book with diagrams of the human body and its internal organs (a man is shown bare-chested), and a man is shown in a shower and we see flesh tones through a shower curtain. A man imagines things that would kill him (a shark attack, electrocution in a shower, freezing to death, obesity, a chain saw and old age, and we see a coffin and a funeral after each event). A man's brain activates the bladder and we see it full and then hear the man sigh as he empties his bladder and we see it empty, and a man's bladder empties similarly when he swims in the ocean. The silhouette of two bottles that look like wine bottles is seen on a beach and one tips over (no one is shown drinking) 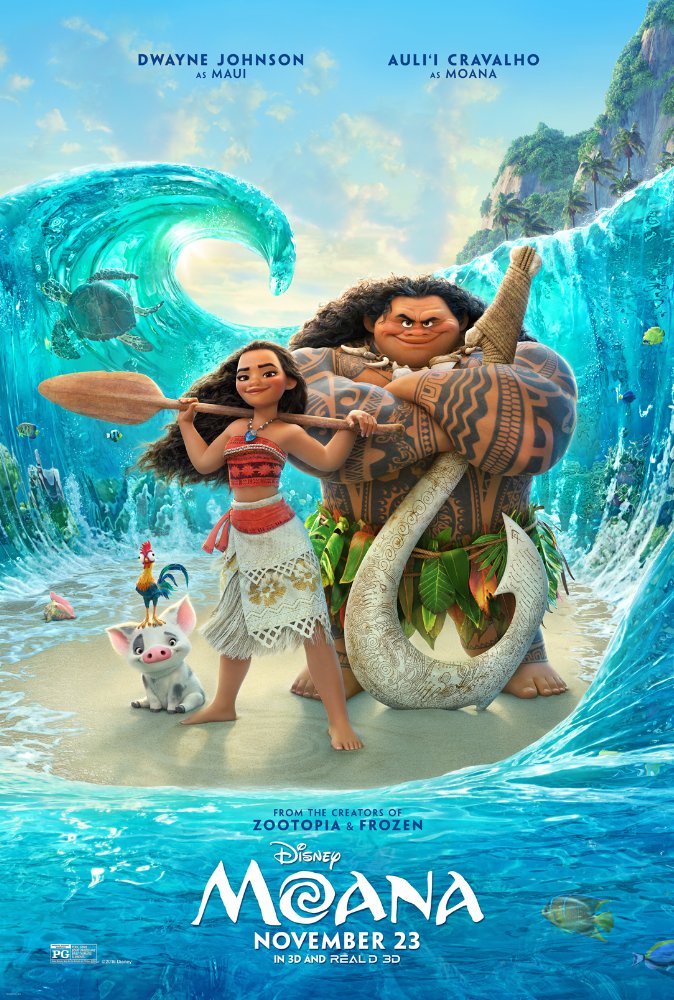