Why is “Midsommar” rated R? The MPAA rating has been assigned for “disturbing ritualistic violence and grisly images, strong sexual content, graphic nudity, drug use and language.” The Kids-In-Mind.com evaluation includes an extended sex scene including full nudity, several scenes of death by suicide and murder leaving bloody and broken bodies, several implied murder scenes with the victims being seen later in various states of dismemberment, and some hallucinogenic drug use; and at least 35 F-words. Read our parents’ guide below for details on sexual content, violence & strong language.” When a group of friends travel to a Swedish commune to join in a nine-day family celebration for one of them, they have no idea what lethal surprises await them. Pagan rituals soon devolve from dancing to hallucinogenic drugs to ritual sex and human sacrifice. With Florence Pugh, Jack Reynor, Vilhelm Blomgren, William Jackson Harper, Will Poulter, Ellora Torchia and Archie Madekwe. Directed by Ari Aster. Several lines of dialogue are spoken in Swedish with English subtitles and other lines are not translated. [Running Time: 2:27]

– Doors are opened to reveal a dozen or so fully nude women (their bare breasts, abdomens, pubic areas, legs and buttocks are evident) standing behind one fully nude woman (her bare breasts, abdomen and legs are seen) lying on flowers and leaves on the floor; a man is ushered into the room and his robe is removed leaving him fully nude (his bare chest, abdomen, genitals, buttocks and legs are seen), he moves toward the woman on the floor and we see him thrusting between her legs as he kisses her while the other women moan and one woman holds the first woman’s hand and sings to her as the man continues to thrust and another woman pushes the man’s bare buttocks until the man climaxes; the woman on the floor draws her knees to her chest and says that she can “feel the baby.”
► A fully nude man runs out of a building and through a field (his bare chest, abdomen, genitals, buttocks and legs are seen) and he holds his hands over his genitals at one point. A tapestry depicts what seems to be a man and a woman falling in love with hearts in their eyes and they kiss; in one part, we see the woman seated with her legs spread to expose her pubic hair and labia and holding a pair of scissors (please see the Violence/Gore category for more details). A drawing shows two men with their erect penises exposed. A photo on a wall in a diner shows two women wearing deeply cut dresses that reveal cleavage. Women wear shorts and crop tops that reveal cleavage, bare legs, shoulders, abdomens and backs. A woman wears a low-cut top that reveals cleavage in a few scenes. A man pulls a pubic hair out of his mouth after eating a pie made by a woman.
► A man and woman kiss and hug. A man and woman sit on a bed together and the man touches the woman’s hand (she is concerned that her boyfriend might see them). Many people hug and touch a woman and a man kisses her deeply.
► A man talks about how people dress for a traditional ceremony and that it is to represent the hermaphroditic properties of nature. A woman tells a man that he has been “…approved to mate with a woman” and that “she has fixed her hopes on you.” A man tells another man that a rune placed under someone’s bed is a love rune and that it casts a love spell. A man asks another man about incest in a closed commune and the second man says that they adhere to the taboo of incest other than “deliberate inbreeding” for their “oracles” in order to keep them “unclouded by normal cognition.” A woman invites a man to leave a group and he joins her (please see the Violence/Gore category for more details). A woman invites a man to leave a group with her and he does not go. A man tells another man, “You could be impregnating her,” as they look at a woman in a diner. Four men talk about one of them needing to break up with his girlfriend and find someone that “likes sex.” A man asks another man if there are any “meatball sex clubs” nearby as they travel to Sweden. Men talk about “hot” Swedish women. A woman gives a man a drink that she says will “open you to the influence.” A man tells another man that his sister likes him and that she has been approved to have sex (i.e. she has reached a certain age).

– Several people take mushrooms and one drinks a tea made from them, a man on the phone tells a woman that he and a friend just smoked something (presumably a drug), a woman takes a Lorazepam tablet, several women drink a beverage that contains a ground root and they seem intoxicated as they dance, a man inhales a smoke deeply after being told that it will improve his vitality, a man blows dust into another man’s face (it renders him incapacitated), a woman takes a sleeping pill in a few scenes, two men are given something to help them “feel no pain,” and we see bongs and beer bottles in a man’s apartment. A man drinks a beer, people drink shots of an unidentified beverage in a few scenes, and people drink a toast to a man and woman. A man smokes a cigarette, and a man vapes in several scenes in the movie.

– Beware of people in communes in Sweden. 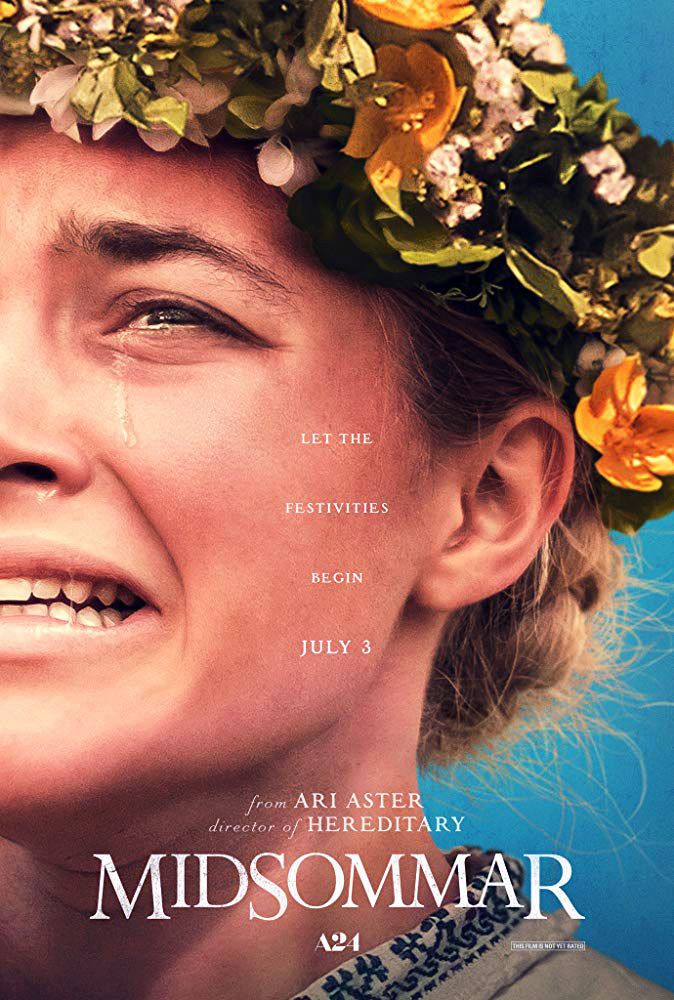