A boy's soldier father is killed by a landmine, and as an adult (Dany Boon) he works in a video store and watches old black-and-white films. One day he is struck in the head by a stray bullet in a botched drive-by shooting and after his hospital stay, finds himself homeless, jobless and destitute. Afterward, he meets an ex-felon (Jean-Pierre Marielle) who makes a living in scrap metal and joins him and an eccentric group of genius outcasts in a wonderland of a salvage yard under the freeway, and together, they take revenge against arms manufacturers. Also with Albert Dupontel, Dominique Pinon, André Dussollier and Julie Ferrier. Directed by Jean-Pierre Jeunet. [1:46]. In French with English subtitles.

SEX/NUDITY 7 - In a viewing room in a pornography shop, a man watches through a window as a man wearing only a thong bikini bottom and a woman wearing only pasties over her nipples and genital area fondle each other for 30 seconds; the tassels on the woman's nipple pasties swing and she grimaces several times.
► A guard notices a woman wearing a corset across the street, trains a surveillance camera on her and watches as she and a bare-chested man fondle each other (we see her cleavage and thighs and the man's bare back); the man kisses the woman's chest several times as she squeals and moans and the guard's eyes widen, his face reddens, he drools slightly, and stops watching.
► A man and a woman kiss briefly three times in front of friends while one of the onlookers licks her lips as she watches. A woman kisses a man.
► A woman sings a line from "The Elastic Gal," who can twist and contort between some sheets (a vague sexual reference); a man inhales helium, sings this song in a funny voice to a female contortionist acrobat and she smiles. Two middle-aged men discuss their divorces and allude to romance being troublesome.
► A woman takes hold of a man's ear and leads him into a room off camera, suggesting sex.
► A woman is shown trying on a corset that reveals cleavage.

SUBSTANCE USE - A woman places a drugged sugar cube into a guard's coffee and he falls asleep after drinking it, two men in a car are chloroformed and kidnapped, and a man retrieves an envelope of "smack" (heroin) from a mailbox and later plants it on another man. Several men and women drink from champagne and wine glasses at a corporate reception, several people eat waffles that the cook says have rum in them, and an elderly man says to two younger men "The more you drink, the straighter you stand." A man traps a fly under an empty glass and blows cigar smoke in to kill it (it's still buzzing when the scene ends) and several men light and then smoke cigars during the film.

MESSAGE - Caring families can be made up of all sorts of seemingly eccentric and even dysfunctional members. 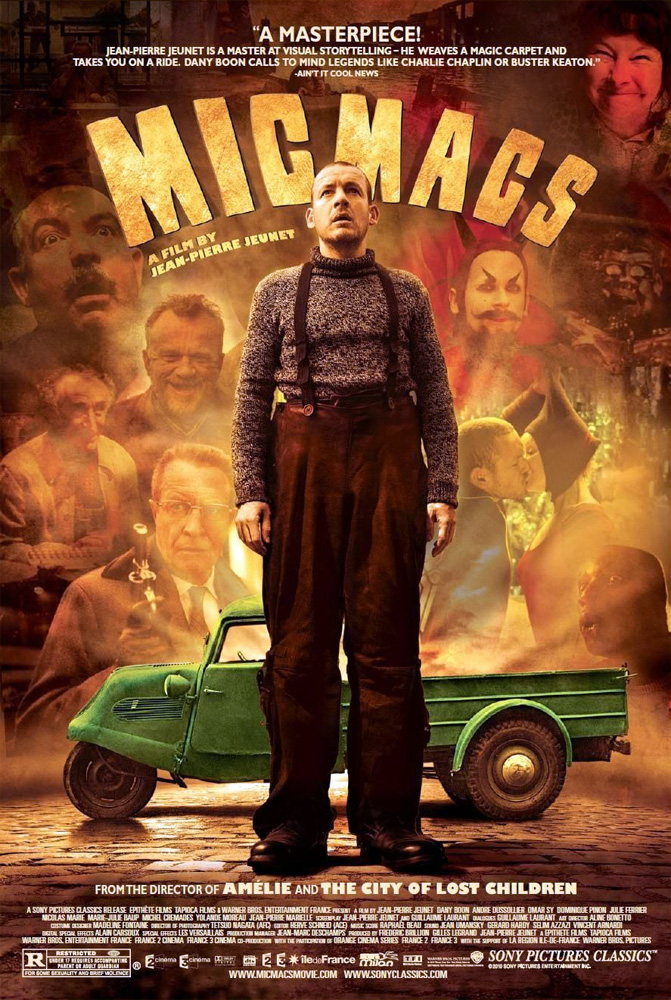