In a savage post-apocalyptic world in 2060, gangs rule the highways and hoard oil and water. A former highway patrol officer (Tom Hardy) whose family was killed meets a woman (Charlize Theron) who's trying to save a group of female slaves from a gang led by a crazed warlord (Hugh Keays-Byrne). Also with Nicolas Hoult, Rosie Huntington-Whiteley, Riley Keough, Zoe Kravitz, Abbey Lee and Courtney Eaton. Directed by George Miller. A few lines of dialogue are spoken in an unknown foreign language with English subtitles. [2:00]

SEX/NUDITY 5 - In a long shot, a nude woman crouches on top of an old electrical tower, wailing and when she stands we see full side and back nudity (in profile), then bare breasts, abdomen, bare buttocks and pubic hair when she slides down a rope. A man wears a suit out of which two large round holes were cut to reveal his nipples and he rubs one nipple as he contemplates battle. Hundreds of men, teen boys, and elementary school-aged boys are shirtless. A woman wears a clingy top that reveals some cleavage and a hundred old women wear sleeveless, tatters robes that reveal reddish, scaly skin. Several women in a dozen scenes wear translucent gauze robes through which we can see the outlines of nipples on three of the women. A woman wearing a gauze robe is water soaked and her pregnant belly is clearly visible through the wet material. Some women reveal moderate cleavage while others show bare midriff areas; after several days their outfits rip down to skimpy bikini-like gauze bras and legless shorts whose waistbands end just over the pubic area (no hair is visible). Eight women sit in chairs, nude except for cloths covering their lower abdomen and pubic area and with wide-diameter flexible metal tubes from a breast pump machine attached to each breast with a large metal disk (we see some cleavage and navels); a man tastes some of the milk from a milk bottle at the machine, grunts and nods.
► A soldier kisses a woman on the cheek. In another scene, she caresses his cracked lips and they hold hands while lying atop a tanker truck, clothed.
► We hear that older women raised five younger women to become sex objects and breeders for the a warlord; one of the "wives" is pregnant and near delivery (her belly is hugely swollen) and we see her naked belly three times and in one scene she jerks and groans in pain, as if in labor, but it passes; another one announces days later that she is pregnant, but she shows no swelling (women called the Five Wives are slaves to a tyrant).
► A woman teaches other women to use bolt cutters to remove chains and chastity belts with long metal teeth.

SUBSTANCE USE - We hear that a gang of men huff aerosol propellant from spray-paint cans, we see a teenage boy spray silver paint over his nose and mouth in close up, a man sprays paint over a teenage boy's nose and mouth as the teen inhales deeply, many people suffer from radiation poisoning and they shout and laugh hysterically, and a warlord tells his subjects not to become addicted to water.

MESSAGE - World nations need to conserve resources and prevent war; but if war arises, women are capable of fighting as powerfully as male soldiers. 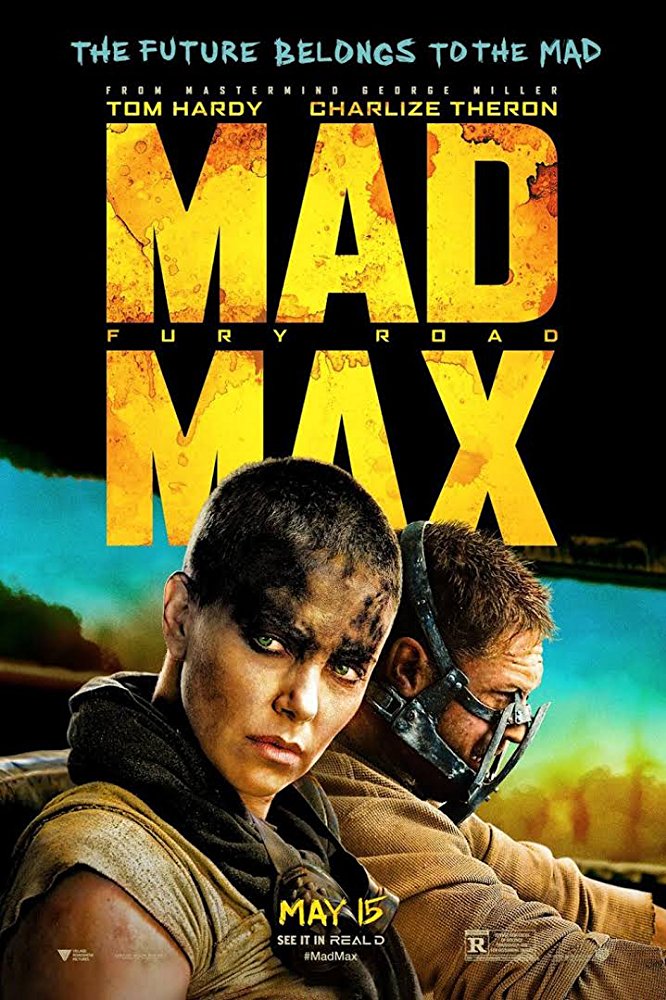