In this sequel Machete (Danny Trejo) is a former Mexican agent that returns to work for the US when he is recruited by President Rathcock (Carlos Estevez) as America's last best hope against bad guys. Machete must eliminate an insane revolutionary (Damien Bichir) and a billionaire arms dealer (Mel Gibson) that are bent on war and destruction. Also with Michelle Rodriguez, Sofia Vergara, Antonio Banderas, Lady Gaga, Amber Heard. Several scenes feature Spanish language with English subtitles. Directed by Robert Rodriguez. [1:47]

SEX/NUDITY 5 - A woman in her dressing room, wearing a tight-fitting bodice, straddles a man on her couch and begins to pull down her bodice as the scene changes and we hear her groan and gasp while we see what looks like a man and a woman writhing in a sex position; then the scene ends. Three women wearing long-sleeved pajamas are shown lying side-by-side with the US President, also wearing pajamas, under covers in a bed. A woman kisses a man on the forehead.
► Women in a pageant wear low-cut gowns that reveal cleavage; one entrant wears a tight-fitting bodice that makes the tops of her breasts bulge over the opening. A woman paints her toenails while wearing a negligee that reveals bare shoulders and legs. A woman removes her robe to reveal a skimpy bikini as she walks off screen and we hear that a billionaire boyfriend bought the Miss Texas title for her. A woman wears a costume like a one-piece swimsuit and adjusts her breasts by pushing on them; the suit reveals her bare shoulders, arms, thighs and legs. A shirtless man in a pool reveals his bare chest, shoulders and arms covered with tattoos. A woman wears a tight-fitting leather vest, short-shorts and boots (we see bare shoulders, arms, cleavage and legs to the thigh). We see a still shot of a bare female leg and thigh on a poster in close-up.
► A brothel madam vaguely states that she was molested nightly by her father, until she chewed off his genitals (please see the Violence/Gore category for more details). In a filthy, decrepit area, a brothel offers a dozen scantily-clad women wearing decorated bras, corsets, thong panties and hose and garters (cleavage, bare abdomens, buttocks and upper thighs are seen); the madam is dressed in a corset, panties and net hosiery as she tells the other women to keep their legs spread, their panties off and their [anatomical term deleted] well oiled. An effeminate man asks a bartender if there is a Popsicle he can stick up his [anatomical term deleted]. A woman calls another woman a "bimbo that spreads like butter." A male soldier tells a female agent to lose the strapped-on [anatomical term deleted] she rode in on.

SUBSTANCE USE - We hear that a man will blow up Washington, DC if no one will blow up Mexico and its drug cartels (please see the Violence/Gore category for more details). A man pours two shot glasses of liquor and he and another man drink them, a man pours three shots of alcohol in succession and drinks each one down while laughing maniacally, a bar scene features a tall back bar with liquor bottles and empty beverage glasses, a bottle of beer is shown on a bar and cocktails on a table in the background (no one is shown drinking), and a dinner table contains glasses of wine. A man lights and smokes a cigarette, and another man smokes a cigarette.

MESSAGE - The world is full of politics and mayhem. 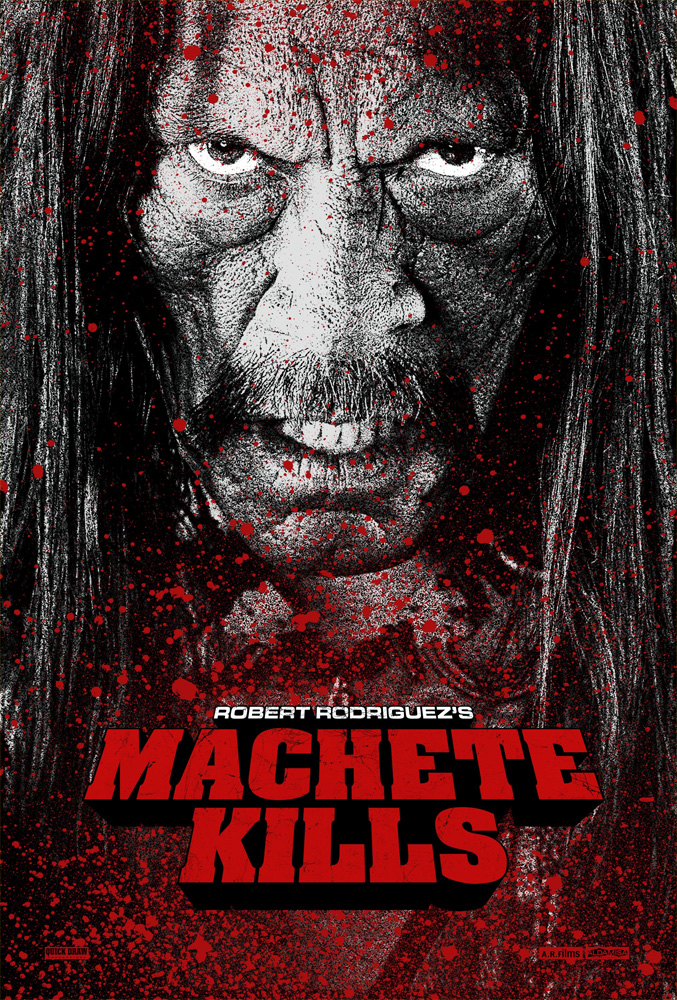