WWII drama that takes place in Shanghai during the Japanese occupation of China: A young woman is recruited by the Chinese resistance movement that wants to assassinate a Chinese man who's collaborating with the Japanese, and is responsible for the capture and torture of many members of the resistance. Her mission is to seduce him and lure him to a place where he can be killed. With Tang Wei, Tony Leung Chiu-wai, Wang Lee Hom, Joan Chen and Chih-ying Chu. Directed by Ang Lee. In Mandarin with English subtitles. [2:37]

VIOLENCE/GORE 7 - A man pulls a gun and fires in the air, another man has a knife, and a couple of men then hold one man down, while another man stabs him slowly in the abdomen (we see blood ooze from the wound); the victim pulls the knife out and tries to use it on his attacker, who gets the knife back and stabs him again, repeatedly, he stumbles toward the door (we see blood on his hands and the floor), and someone else stabs him in the back several times, whereupon he falls down a flight of stairs, tries to get up and someone grabs his head and twists it breaking his neck (we hear a crunch).
► There is a rape scene with a married man and a young woman, who start out in a secluded room, presumably planning to have consensual sex: The man grabs the young woman, throws her against a wall, tears off her underwear, throws her onto a bed, removes his belt and strikes her with it several times, then ties her hands with the belt, removes his pants, climbs on top of her and thrusts; she moans in pain and pulls her hair (we see her lying on the bed afterward in the fetal position, with torn clothing and he leaves her there).
► Several people are grabbed violently, struck with clubs and forced to kneel on the ground at the edge of a deep quarry; some have bloody facial wounds from beatings and they are all shot one-by-one (we do not see the shootings or the aftermath).
► We see two dead bodies on a street (one has a bullet hole in the head with blood on the wound and pooled on the street). Two men collect dead bodies from the street (people who have died from starvation and exposure) and put them in a pile on a cart (we see grey-tinged skin and stained teeth). A man playing a soldier on stage wears a blood stained bandage on his leg.
► A man kicks another man in the head. Soldiers with guns shove people to their knees and rough them up.
► Several people with guns prepare and hide as someone approaches an apartment door (nothing happens). People load guns and prepare for an attack. People with guns take target practice.
► A man runs out of a jewelry shop and dives into a car fearing an assassination attempt.
► A woman talks about a man "hurting her until she bleeds so that he feels alive." A man caresses a young woman's thigh and presses his hand between her legs while describing acts of violence: he talks about a man's brains being "out" and another man spilling his blood on him. A man talks about a man having killed his wife and children and that he seeks to avenge himself. We hear that members of a resistance cell were arrested and interrogated. We hear that a young man's brother died in the war. People talk about killing a traitor.

SUBSTANCE USE - A man appears drunk while in a geisha club and stumbles and people drink alcohol at a restaurant in a geisha club. Many people are shown smoking cigarettes in many scenes throughout the movie.

MESSAGE - Times of war and occupation can cause people to do outlandish things in the name of patriotism. 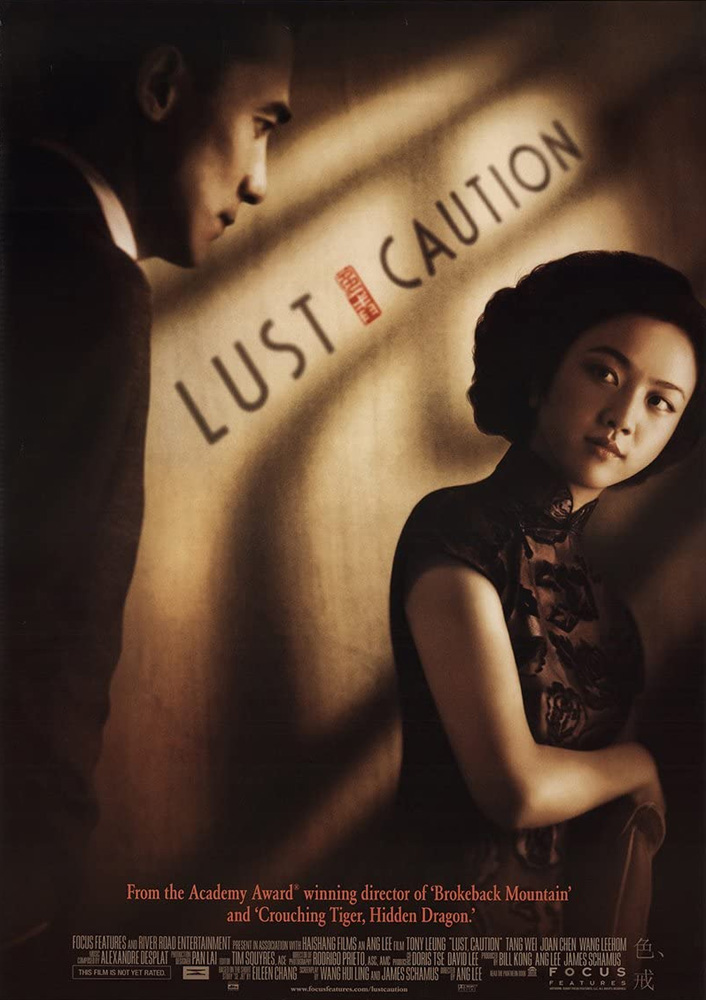