An aging suburban couple (Deborah Winger and Tracy Letts) in a decades-old marriage have extramarital affairs and plan to divorce. Then they suddenly fall in love again, with each other. Also with Aiden Gillen, Melora Walters, Tyler Ross and Jessica Sula. Directed by Azazel Jacobs. [1:34]

SEX/NUDITY 7 - A husband and his wife are shown in profile on a couch with him sitting and she is straddling him while thrusting (we see her bare back, buttocks, thighs and a glimpse of the top of her breasts along with his shoulders and knees). A husband and his wife are shown in bed as the man performs anal sex and rubs the woman's breasts (obscuring them) as she moans and gasps. A wife covered by a sheet apparently performs oral sex on her husband as he groans (we see his bare chest and abdomen). A husband's head is seen behind his wife's raised knees as he presumably performs oral sex and she is wearing a low-cut nightgown that reveals cleavage; she gasps, groans and screams.
► A husband kisses his wife for several seconds, backs her against a wall and picks up one of her knees from under a long skirt as the scene ends (sex is implied). A married woman and a single man kiss briefly in front of a stop sign, in a hallway and in a bedroom. An estranged married couple go to bed, facing away from each other and awaken in the morning in each other's arms (sex is implied); he walks out of the bathroom with a towel around his waist (we see his bare chest and abdomen) and sits on one side of the bed while she is shown wearing a sleeveless shirt and knee length skirt and he moves closer to her and she kisses him; they lie down below the frame (sex is implied) and we see their lower legs entwine in a wall-size mirror as the scene ends. We see the bare shoulders and arms of a married woman and a single man above a quilt; he wears cling shorts as he leaves the bed (we see his bare chest, abdomen, shoulders and partial thighs). A woman kisses a man in a hallway at a dance school, jumps into his arms, and kisses him twice more, and then returns to class. A husband hugs and kisses the neck of his wife in the kitchen and their college age son sees them and looks shocked. A married man kisses his girlfriend goodbye several times for a few seconds. A 20-year-old man and woman spend a few days together in the same bedroom at his parents' home, but we do not see nudity or sex between them; they kiss briefly in a hallway in four scenes and hug twice and she kisses him on the cheek on a bus. A man rubs the shoulders of a woman wearing a tank top (we see her bare shoulders and bra straps). A man holds hands briefly with a woman and kisses her hand.
► A woman wears low-cut tops that show cleavage in several scenes. A woman wears a camisole and underpants in a couple of scenes and we see her bare shoulders and legs to the hips. A man wears shorts in several scenes, revealing his abdomen and legs from the lower thighs. A ballet class of young girls shows them wearing tights and leotards while dancing; their teacher is shown wearing looser trousers and a thin-strapped top that reveals cleavage and bare shoulders/arms.
► A husband and his wife each have long-term affairs and they each promise their extramarital partners to divorce to be free to marry again; the estranged spouses move into their partners' houses.
► A married woman tells a single man that she wants to go to bed with him; they dance a swaying dance to 1930s music and the scene ends. A woman asks her married boyfriend loudly, "Are you [F-word deleted] her now?" and he says no. A married woman and a single man say, "I love you" to each other. A husband and his wife text each other during the day and smile (we cannot see the messages).


VIOLENCE/GORE 3 - Two women in a car are accosted at their driveway by a staring woman who charges forward, leans into the driver's side window and hisses like a cat with her fingers extended like claws, and runs away; the passenger goes into the house while the driver drives away, parks and cries hard. A woman accosts a man in a parking lot; she shouts and bites him on one of his arms (no bite mark seen, but he yells) and he drives her home, where she storms out of the car and into the house. A man punches a wall and reddens his fist.
► A man calls his parents rude names, curses at them, and destroys several things in the living room, including glasses, dishes, knickknacks and a vase, as we hear shattering and clashing sounds from below the frame and he throws several books on the floor and stomps upstairs, where he collapses on his bedroom floor, crying.
► A clothed woman cries hard while sitting on a bed for several seconds and says, "You need to tell her now," to her married boyfriend, demanding he leave his wife; they argue briefly and he lies back on the bed, exasperated. A married woman and a single man argue mildly, and then he says, "It's either him or me" as the scene ends. A man approaches another man in a grocery store, telling him that his wife will leave him in a few days; the husband looks shocked and disoriented. A young man tells his girlfriend that if he acts like his parents, to punch him in the face. At his home, a man says to his father, "I will beat the [scatological term deleted] out of you" (no fight occurs). A man shows resentment in facial expressions and stiff posture around his parents.
► A man brushes his teeth in the living room, creating foam in his mouth, and then curses and spits foam into a bathroom sink. A man says Brussels sprouts make him gassy. A man sticks his tongue out at his mother.

SUBSTANCE USE - A man and a woman drink from large glasses of wine in two scenes, two men and two women drink from glasses of wine during a toast at home, a bottle of bourbon is seen on a bureau in a bedroom, a woman drinks from a small glass of bourbon, a small glass of bourbon is seen on a headboard bookshelf, a man and a woman in a bar sip from glasses of beer, and man says that he's getting drinks with a friend after work (he does not do so). A man lights and smokes a cigarette with little smoke in a bedroom where we see an ashtray with a few butts in it, a man tries to light a cigarette in a hallway but throws the lighter onto the floor when it won't work, we see a pack of cigarettes with a lighter in a kitchen sitting beside an ashtray with cigarette butts in it, and a woman picks up a cigarette butt beside a tree then tosses it down again.

MESSAGE - Long-term marriages can still be exciting -- sometimes with help from extramarital affairs. 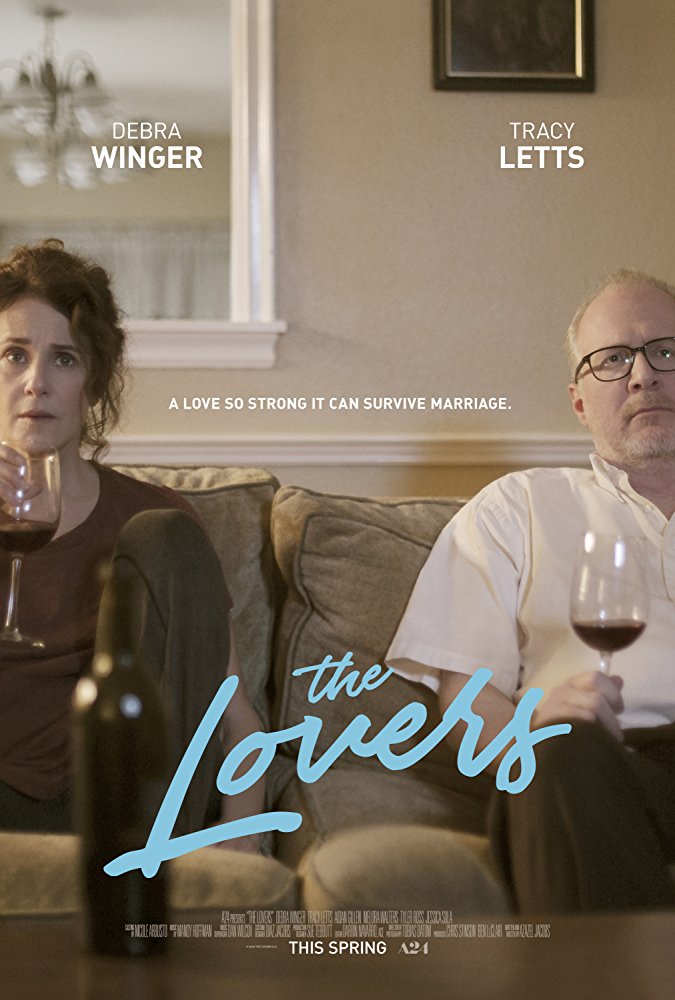