A money and ego driven drug rep (Jake Gyllenhaal) and a free-spirited artist (Anne Hathaway) are two people who had not previously allowed themselves to be tied down. However, when they meet their relationship takes them both by surprise, and they find themselves wanting more out of life, love and each other. Also with Oliver Platt, Hank Azaria, Josh Gad and Judy Greer. Directed by Edward Zwick. [1:53]

VIOLENCE/GORE 3 - A man punches another man in the stomach, and the man drops to the ground and begins to dry heave as the other man explains that the body's chemical reaction to being punched in the stomach is to want to vomit, but it will not help; the man on the ground tries to get up and the other man kicks his arm out from under him, but the man on the ground punches the other man in the jaw and holds his hand in pain.
► A man is seen with a small amount of blood coming from a bloody nose and then runs as the man who presumably punched him rushes toward him, only to be held back by the a group of people. A woman smashes a man in the head with a briefcase twice; the man shouts as the woman screams at him, he holds his eye and tells the woman that a buckle had hit him in the eye.
► A man tells another man, "You better run" and races after the man; we see a shadowed outline, as well as hearing the impact of the man hitting the other man with a VHS tape. A bus door opens and slams into a man's face; he appears unharmed.
► A man accidentally burns his hand on a match on multiple occasions, including dropping the match on his chest and under a tank top; he shouts in pain. A woman accidentally pushes a glass off a table, she cries and falls to the floor next to the shattered glass.
► A man shouts at a man and woman, off camera. A man shouts at a woman. A woman shouts at a man. A man shouts at a man and tells him to leave him alone. A man shouts, using crude language, at a woman over the phone. A man shouts at another man in a crowded restaurant. A man gets very close to another man's face to intimidate him, and then shoves his arm as he walks past him. A man kicks a door in frustration and shouts. A man begins to panic, he pants and a woman remarks that his heart is racing, his hands tremble and he appears to be having a panic attack. A man shouts, shakes and cries, appearing to have a minor panic attack.
► A woman tells a man that she sat next to a man with a fork stuck in his head. A woman tells two men that she had been diagnosed with Parkinson's after she had been tested for other diseases, including for a brain tumor. A woman jokes that due to her medically caused tremors, if she were to hold a baby she might accidentally throw it into a tree. A woman jokingly tells a young man and a man that she is going to kill everyone. A man jokes that he will kill a young man. A woman jokingly tells a man that she is going to shove a bowl of noodles in his face.
► A man drives a car rapidly down a highway; he weaves in and out of traffic and honks at a bus. A car has to screech to a halt to avoid hitting a man that walks in front of it and the driver honks the horn.
► A man tells another man that he has to clean up a woman's feces after her medical condition had deteriorated and she lost control of her motor functions. A man tells a woman that he "has to pee" and we see his back facing a toilet, and hear the toilet flushing and the sound of a zipper closing. A man winces in pain and tells another man that he is experiencing heartburn. On multiple occasions a man speaks with his mouth full and a man talks with his mouth full of food (we see a portion of the food hanging out of his mouth). A man smells his armpits (he is wearing a shirt and jacket).
► Two men playfully punch and wrestle one another, laughing, after a man punches the other man in the shoulder and slaps him on the mouth. A man playfully shoves another man; the man then hits the other man in the arm.

MESSAGE - Sometimes even the most immature and unhappy people can find happiness. 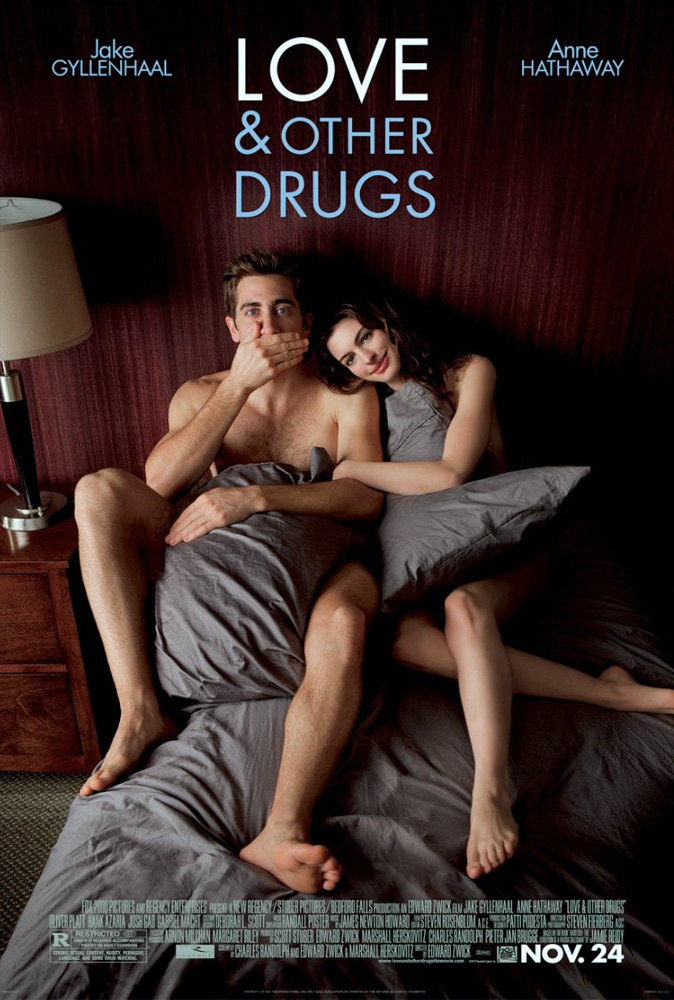