A teen girl (Saski Rosendahl) is left in charge of her four siblings as they make their way across war-torn Germany and see the consequences of their parents' actions -- their father is an SS officer and their mother a staunch Nazi faithful. That includes meeting a concentration camp survivor (Kai Malina). Also with Ursina Lardi, Hans-Jochen Wagner and Nele Trebs. Directed by Cate Shortland. [1:48]

SEX/NUDITY 6 - A teen girl stands over a young man, she grabs his hand and runs it up her leg and places it under her dress; she then guides his hand through the bunches of the dress (no nudity is visible) and it is implied that the young man is manually stimulating the girl, when the girl abruptly pulls away and slaps the young man (please see the Violence/Gore category for more details).
► A teen girl walks past a fully clothed woman who appears to be getting raped by a fully clothed man: the man has his hand over the woman's mouth and we see him thrusting (no nudity visible; please see the Violence/Gore category for more details).
► A teen girl is awakened when she hears the sound of her mother panting in another room and the girl spies through a small crack in the wall: we see a man (the teen girl's father) touching the woman's breast, and then her crotch and the woman pulls away and her husband kisses her neck and she slaps him (please see the Violence/Gore category for more details).
► A teen girl unbuttons her dress and an older man helps (it is implied the teen girl is using her body to get a man to help her); the man pulls the girl close and we see a young man raise a rock above the man's head and strike him (please see the Violence/Gore category for more details).
► We see a woman getting dressed and she is putting on a bra as she steps in front of a mirror (we see her bare buttocks and the reflection of her genitals but not bare breasts). We see several women in various states of undress in a bathhouse, including an older woman's bare breasts and a younger women wearing underwear. We see a boy looking curiously at an elderly woman's bare breasts. We see a teen girl in a bathtub with a portion of her bare back and collarbone visible; the girl gets out of the bathtub and we see her bare back as she faces out a window (we do not see the perspective from outside the window and looking in). We see a woman getting dressed and she is wearing a full slip as she pulls on a dress. We see a teen girl and a pre-teen girl in slips and underwear as they swim, and a young man's bare chest and back as he swims with two shirtless boys. We see a pre-teen girl, a teen girl and a boy in a washtub together; no nudity is visible (they are siblings).
► It is implied that a woman had been raped when she exposes her upper thigh, covered in blood, to her teenage daughter (please see the Violence/Gore category for more details) and the woman begins to weep and tremble.
► A young man lies next to a teen girl and touches her collar. A young man attempts to kiss and corner a teen girl, and the teen girl pulls away and walks away. A young man grabs a teen girl's leg and then tries to hold her hand; the girl pulls away. Men and women kiss on the cheek in greeting.
► On multiple occasions we see a baby breastfeeding, once from a woman with the help of her teenage daughter and another time from a stranger, paid by the baby's teenage sister to breast-feed the baby.

MESSAGE - The perspective of Nazi criminal's surviving children is a very new story of the aftermath of WWII. 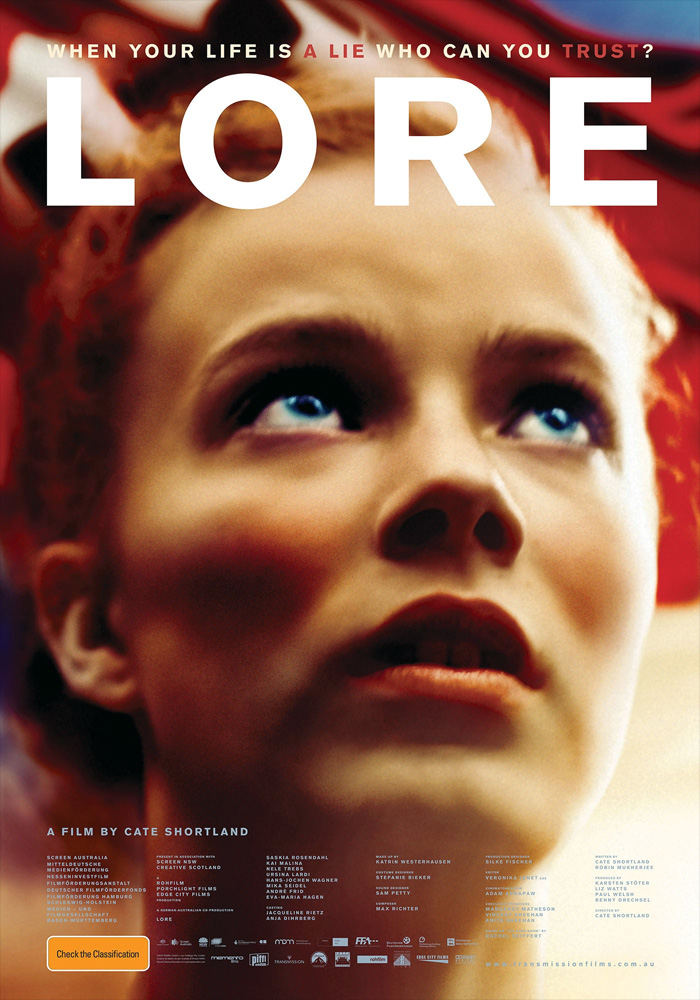