Bill Murray stars as internationally famous oceanographer Steve Zissou, who during the filming of an undersea documentary watched his partner and best friend eaten by what Zissou termed a "Jaguar Shark." Vowing revenge, Zissou and his crew are searching the seas for the mysterious fish. To add to the mystery, a man (Owen Wilson) arrives identifying himself as his son; his estranged wife (Anjelica Huston) is having an affair with his competitor (Jeff Goldblum); a reporter (Cate Blanchett) is writing a piece on Team Zissou which may not end up being complimentary; and they are attacked by pirates. Also with Willem Dafoe. Directed by Wes Anderson. [1:58]

SEX/NUDITY 6 - A woman is topless exposing her bare breasts in several scenes. A man and a woman kiss, he takes off his shirt (we see his bare back and chest), and they lie back on a bed talking and kissing. An older woman introduces a younger and bare-chested man as her research assistant (there is some suggestion that they may be having a relationship). A man talks about another man making an advance toward a 15-year-old girl. A man says he is "part gay." A man wearing a T-shirt and boxer shorts walks into a woman's room. Three men sit in a hot tub together. We are told that two crabs are mating (please see the Violence/Gore category for more details). Several men are shown wearing bikini swim trunks, and we see men bare-chested in several scenes. Women wear low-cut evening gowns that reveal bare shoulders, backs and cleavage. People discuss a man's inability to father children. Two men hug, two other men hug, and a man and a woman hug.

VIOLENCE/GORE 5 - Sea water churns and becomes red, a man surfaces and describes another man having been eaten by a large fish. A man is shot, and he falls back off his chair (we see him later with a bloody hole in his chest and blood on his shirt). Many men shoot at another man, dynamite explodes blowing a door off a building, and many men shoot back and forth at each other. A man shoots at several armed men who shoot back at him. One man holding a machete is shot and brings the machete down into a woman's shoulder (she screams and we see blood); we see one man lying dead with a bullet hole in his neck and blood on his face and pooled under him. A helicopter malfunctions while in flight, it plummets toward the sea, crashes, and one of the occupants is badly injured -- he falls unconscious, is carried out of the water, and we see a burial at sea later. A ship is boarded by armed pirates who hold a man at gunpoint (the man has blood on his mouth) and a man is surrounded by pirates with knives and guns; crewmembers are blindfolded and forced to their knees and the pirates threaten to shoot them. A man is hit on the head, one man is punched in the stomach (he has blood on his face), and a man is punched and thrown overboard. A man punches another man in the nose and he punches the man back. A man grabs a man around the throat, a man punches a man in the mouth (we see blood on his lip), a man slaps a man in the face, a man slaps another man in the face, a man threatens to kick a man's teeth out, and a man hits a dog with a newspaper. A submarine goes deep underwater, an enormous fish approaches it, and we see its very large mouth and teeth; it swims above the sub and snaps up a fish. Armed men search a seemingly deserted island. A man points a gun at a woman. A man is buried at sea. A man lies unconscious and another man gives him mouth-to-mouth resuscitation (the man comes around). A man slips and tumbles down a flight of stairs. A man talks about searching out and killing a shark for revenge. A man is taken hostage by pirates. We see a capsized and mostly submerged ship, and men explore a submerged plane. A man talks about his mother having died from ovarian cancer. A young man has a bloody bandage on his chest. A woman tells a man that his cat died after having been bitten by a rattlesnake. We see a cemetery with many fresh graves. Dynamite is exploded in the ocean. We are told that two crabs are mating and watch as the female pulls a leg off the male. A man is shown with many leeches attached to him. A large snake slithers across a railing. A man flings a lizard off his hand. A large number of glowing sea creatures are strewn along a beach.

SUBSTANCE USE - People are shown drinking alcohol, and smoking marijuana and tobacco. 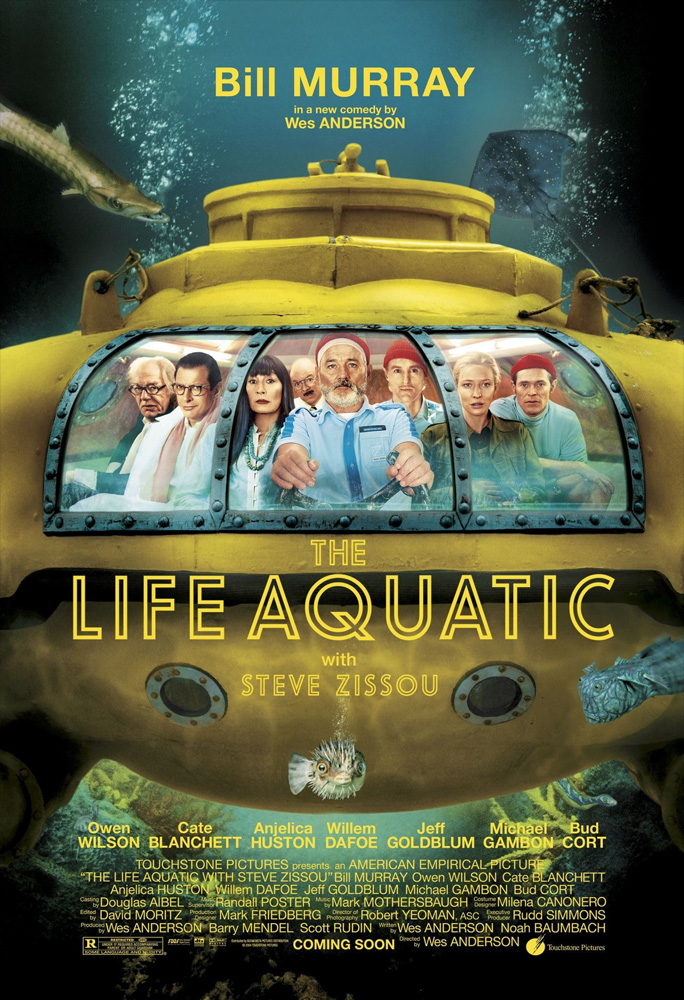