In this treatment of the Greek legend Hercules (Kellan Lutz) is the demigod son of the Zeus and a mortal woman, Queen Alcmene (Roxanne McKee). After King Amphitryon (Scott Adkins) betrays him, Hercules finds himself abandoned and sold as a slave because of his love for the Princess of Crete, Hebe (Gaia Weiss). Using superhuman powers Hercules fights to return to his kingdom and assume the throne. Also with Liam Garrigan, Liam McIntyre and Rade Serbedzija. Directed by Renny Harlin. [1:39]

SEX/NUDITY 3 - A female oracle tells a woman that Zeus lusts after the woman and asks her to bear a son with Zeus to give the people a new king and the woman agrees; later that night, the queen lies under a blanket on her bed and a wind whistles into the room as we see her levitate about two feet into the air where she arches her back and gasps (presumably in sexual pleasure); the king enters the room with a woman in his arms, charges to the bed and pulls the blanket from the queen, revealing her clothed and alone.
► A shirtless man wearing long pants lies on a sheepskin rug in the grass with a woman covered with a sheet (her back and shoulders are bare); they kiss, he lies on top of her and the scene ends (sex is implied). A man and a woman stand at the edge of a river and kiss several times; they repeat the kissing at the river in another scene and they say, "I love you" to each other.
► In a shot from the waist up two clothed women sponge dirt off the bare shoulders, arms and chest of a man after a battle.
► A man asks his younger son if he took his older brother's fiancée's maidenhood and the younger son replies, "None of your business." At a celebration a king announces the engagement of his son and a princess, but the princess gasps and runs out of the building. A woman tells her son that a bride for his arranged marriage does not want the marriage; he asks how to win her heart and the woman replies that his father won hers for only a second and that she has been unhappy ever since. A woman says that she never loved her husband in their arranged marriage. A husband asks his wife how many lovers she has had and she replies only one, the god Zeus and that was only to bear a son to take over the kingdom. At a wedding altar a bride tells the groom that she loves another man and always will; the groom stares coldly at her and the scene ends.
► A husband sits alone while listening to labor screams in another room and we see his wife holding a large baby. A bedroom scene shows a clothed husband and wife lying in bed with their new baby.
► A few men are seen bare-chested, also revealing bare backs, arms and shoulders. A few women wear sleeveless, scoop-necked, floor-length gowns that reveal a little cleavage and bare arms. A woman falls into a river in her gown and comes out with the clinging garment accentuating her figure as we see her back and hips.

SUBSTANCE USE - A few men drink wine from silver cups at a banquet, warriors drink wine from wooden cups on a boat, and a few male spectators hold wooden cups of wine and do not drink at a fighting match. Incense burners around a palace throne room fill the air with misty smoke. 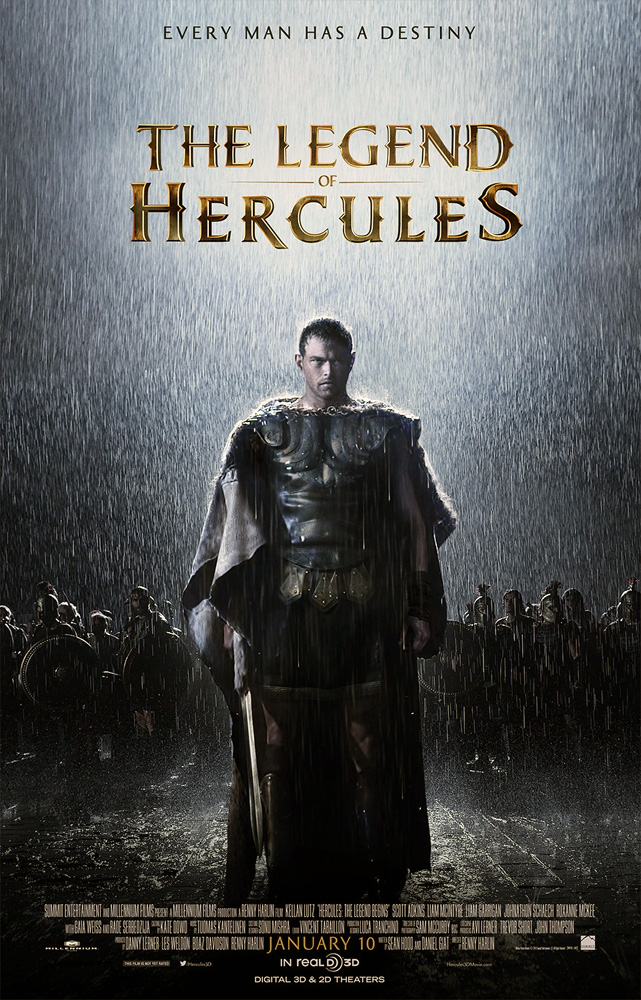