Why is “Last Seen Alive” rated R? The MPAA rating has been assigned for “pervasive language, violence and some drug material.” The Kids-In-Mind.com evaluation includes a kissing scene, a few scenes of non-sexual partial nudity, discussions of infidelity, many scenes of beatings, fistfights and shootings with blood and wounds visible, and over 120 F-words and other strong language. Read our parents’ guide below for details on sexual content, violence & strong language. A man (Gerard Butler) becomes desperate when his wife (Jaimie Alexander) disappears from a gas station, leaving no clues as to her whereabouts. Receiving no immediate help from police, he decides she’s been kidnapped and takes the matter into his own hands. Also with Russell Hornsby, Ethan Embry, Michael Irby, Cindy Hogan and Bruce Altman. Directed by Brian Goodman. [Running Time: 1:36]

– A man clad only in briefs (his bare chest, abdomen, back and legs to the hips are seen) parades around and through a meth lab in a barn, whooping and giggling in several scenes (please see the Substance Use category for more details); in one scene, he stands outside and scratches and squeezes his genital area and we see a slight bulge in his briefs. A few scenes show a couple of women wearing tight short-shorts that reveal legs to the hips. We see the bare back of a shirtless man once.
► A flashback shows a husband and his wife hugging and kissing briefly.
► We hear that a married woman had a one-night stand with a man. A wife tells her husband that she is going to separate from him for two weeks to clear her head; he is unhappy.

– Several groups of men with guns hunt for a man in a meth lab: they look through plastic curtains and we hear a lot of gunfire, grunts, and shouts, as we see flashes from weapon muzzles during several gunfights and several men fall dead (we see some blood on their bodies and the floor), we hear whimpering off-screen and see a man as he finds another man lying on a floor with blood around him. A man points a pistol and begs a man to tell him where his wife is, and then shoots the man, killing him; debris on the floor catches fire and spreads toward raw chemicals and flammable tanks. A man argues with another man, they point handguns at each other, and then lower them; the second man says that he has the other man’s wife’s phone and demands $20,000 to say where she is as a building explodes in huge fireballs killing the second man and throwing the first man away from the building.
► A man holds another man down in the backseat of a car (we see this repeated in a couple of scenes), punching him in the face as he chokes him with his other hand and we see blood on the man’s forehead and dirt and sweat streak his face and clothing as the attacker shouts, “Where is she?” and “You killed her?”; the beaten man says, “She’s [F-word deleted] dead man,” and “I dug a hole for her.” A man drives to another man’s trailer and questions him about his missing wife: he attacks the other man and beats him with a crowbar on the body, shoulders and legs, slams him into a wall, chokes him, takes a pistol away from him and pulls him outside, where he punches him in the face on the ground several more times, drawing blood from a forehead wound; the man says a drug dealer forced him to leave the woman with a man at a meth lab, and the attacker duct-tapes his wrists together, drags him by the feet, and stuffs him in his car trunk before speeding away.
► A man in a parked car thrusts a sawed off shotgun out a window and another man pulls him from the car, beats him unconscious, below the screen, with hard punches and kicks, and takes the shotgun away from him; the attacker enters a dimly lit meth lab, meets a woman in a hallway, points a gun at her, punches her once in the face knocking her out and covers her body with blankets. We see a dead man on a gurney on top of a body bag with his face, throat, and chest charred and red.
► A man meets a detective at a gas station and they question an employee that says the security cameras are broken; the man later discovers that the cameras are not broken and questions the employee again, grabs him, slams him against two walls, punches him in the face and head many times, and then chokes him; the man rips the CCTV box out and takes it to the police where they watch a woman being put into a car by a man and we later see a man threatening the woman with a gun.
► A woman walks out of a gas station, is stopped by a man as a truck pulls up and blocks them from view; the woman’s husband looks inside and outside the store for her, calling her name and driving around the station and he panics when she is nowhere to be found, he calls 911, yells loudly, speeds to a house to report her missing, and three people yell at each other. A detective interrogates an agitated man, implying that the man killed his wife because she had an affair and that he wanted to collect a life insurance policy on her; the man becomes agitated and yells. A police officer pulls a man over for speeding, tells him to get out of the car and open the trunk, and the driver runs away through the woods, panting and sweating as the officer fires two shots into the air, and then finds a man sobbing in the trunk of the car.
► A man finds a hole dug as a grave and covered with a sheet of metal. A man hears kicking and pounding inside a locked shed, opens it to find a grimy, crying woman inside lying on blankets and he carries her outside. A man prowls around outside and through a meth lab with a drawn pistol. A man outside a meth lab fires a pistol into the air three times and laughs.
► A man and a woman say they don’t trust a man. A flashback shows a husband and his wife arguing, and shouting at each other briefly. A police officer says that a man behaved suspiciously. A man argues with a man and demands to be allowed to meet a man in a meth lab. A police detective tells a man that a man confessed to a failed ransom plot, and implies he knows that not all bodies at a burned out meth lab died in an explosion because gunshot wounds were found on some bodies.
► A man faces away from the camera and stands in bushes, and when he turns around he zips up his pants, implying urination. A man shows a picture of a kidnapper to a man and a woman and they recognize the photo as that of their handyman.

– A man dressed only in briefs (please see the Sex/Nudity category for more details) lights and puffs on a cigarette (it may be drugged because he is outside a meth lab), men and women in a meth lab wear plastic aprons and latex gloves as they use scoops to add white powder to liquid chemicals in jugs and open boxes (we see large bubbling jars of liquid flowing through plastic tubing). A man says he is going to have a beer, and two women on a porch have beer bottles in front of them (they do not drink).

– Some people are impatient with the American legal system and become angry vigilantes, but cooperating with the police can produce justice. 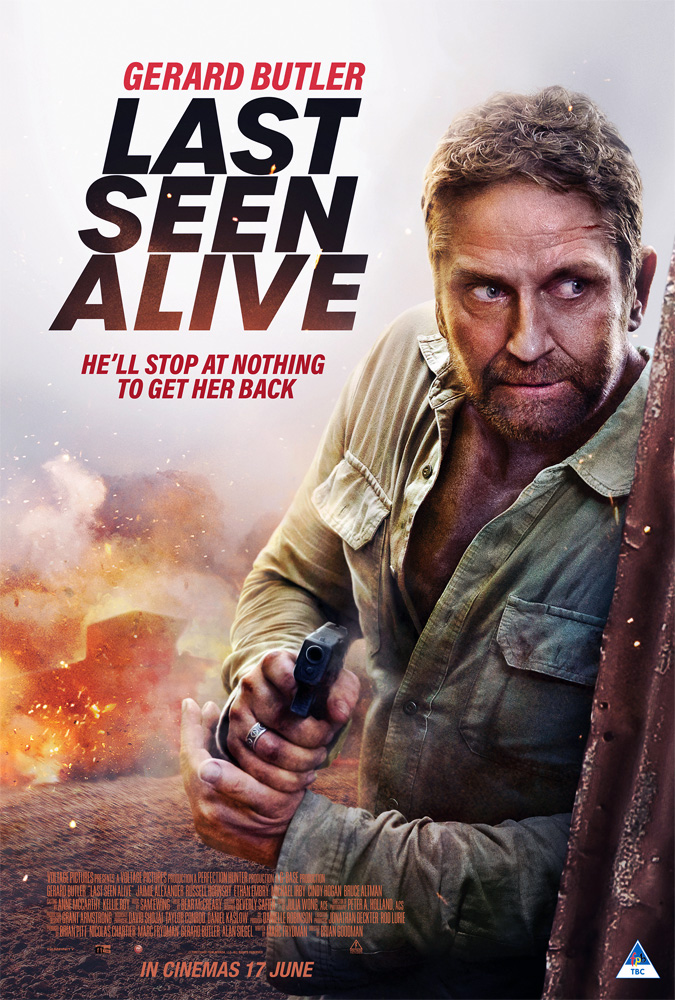