A boy (Ben Mendelsohn) is given an envelope that has been unpacked from a 50 year old time capsule. In the envelope is a piece of paper containing nothing but numbers, with no apparent meaning. When the boy's father (Nicolas Cage) begins to look more closely he determines that the numbers seem to be predictions of disasters. Also with Lara Robinson, Rose Byrne and Chandler Canterbury. Directed by Alex Proyas. [1:55]

SEX/NUDITY 1 - A man and a woman hug.
► A man describes a woman as having a "Ph double Ds." A man talks about not being ready to date after his wife died. A man asks another man if being described as intriguing is code for gay.
► We see the outer "skin" of humanoid aliens burn away and reveal a transparent coating and when they walk away we see the outline of buttocks. A man showers and his back and the side of his chest are visible. During medical treatment we see a woman in a bra and pants (cleavage and bare abdomen are visible). A woman wearing a camisole and panties climbs into bed with her young daughter. A woman wears a low-cut top that reveals cleavage.

VIOLENCE/GORE 7 - A subway train jumps the tracks, it barrels toward a crowded subway station, it is struck by another train, people scream and are crushed, (no blood is visible); we hear several people slamming against the train's windshield, and others are run over (they disappear under the train) and we see many injured people with blood on their heads and faces later.
► A passenger plane crashes through power lines and across a highway filled with stopped cars, flames shoot out of the wreckage, there are explosions and we see several people running out of the wreckage in flames and screaming; a man tries to perform CPR on one unconscious victim to no avail.
► A huge wall of flames blows across the ocean and through a city causing total devastation (we see buildings crumble, cars are thrown, people disappear and water evaporates).
► A car is struck in the side by a truck, the car is crumpled and flips on its side, and we see the driver motionless and with a bloody head wound; we later see the driver in an ambulance receiving treatment and we see a flat line on the heart monitor.
► A man with a gun chases another man into a forest, holds the gun on him, and the man opens his mouth wide and emits a loud sound and a blinding light. A man chases another man (whom he thinks looks suspicious) through a crowded subway station; the police hold guns on the two men. A man holding a tire iron runs into the woods after a man he has seen watching his house, and he bangs the iron on a tree and yells.
► A boy sees a man standing in woods near a schoolyard. We see the outer "skin" of humanoid aliens burn away and reveal a transparent coating that allows us to see inside (we see glowing internal parts, and what looks like a brain; there are no facial features.
► We see newsreel footage and newspaper clippings throughout the movie that show natural and manmade disasters that kill many people. We hear a news report of a fire and explosion on an oil rig (no deaths). We see a wall covered with newspaper clippings about disasters. We hear a news report that four passenger planes crashed in one day killing many people. We hear about a high terrorist threat level. We see people stealing and looting after hearing reports of an impending disaster.
► A young girl cannot be found after a school event, many adults search for her, and she is found hiding in a closet; she is pale, her fingers are bloody from scratching on the door and she has blood on her dress. A boy seems to be in a sort of trance and writes feverishly on a piece of paper; when the paper is removed he writes on the desk, and when the pencil is removed he uses his fingernails to scratch into the desk (we see bits of wood and fingernails break). A boy wakes up at night, he sees a man standing in his room, he looks out the window and sees a huge forest fire with many wild animals running in flames and screeching, and the boy screams and collapses (none of it was actually happening). A woman swerves her car and nearly crashes into an oncoming car.
► A woman panics and yells when she realizes two children have been taken away. A man runs and yells when he realizes his son has been taken away. A man collapses to the ground and weeps when his child is taken away. A boy and a girl in a car see several men walking toward them, the children are frightened, and the men lean close to the window (no one is harmed).
► A man and a woman enter an abandoned house and the woman says, "That's where she died" when they enter a bedroom. A woman says that her mother "could hear voices, people telling her horrible things." A young girl tells a young boy that wolves are born deaf. A woman becomes frightened and angry when a man asks her questions about her dead mother. We hear that a woman died in a hotel fire. We hear that a woman overdosed and died. A woman talks about having been told when she is going to die.
► We see several men watching a house from nearby. Aliens sprout what looks like wings, and they surround two children and float up into a vessel.
► A young boy's hearing aid makes squealing noises and he seems uncomfortable. A young girl and a young boy seem to be hearing voices in several scenes.

SUBSTANCE USE - A man drinks alcohol in many scenes, two men drink alcohol from a bottle, and a man drinks wine while grilling.

DISCUSSION TOPICS - Death of a parent, death of a spouse, the existence of heaven, believing in an afterlife, life on other planets, hearing impairment, purpose, order, chaos, randomness, coincidence, future, progress, super-flares, natural disasters, terrorism, we all die in the end, destiny, life is random.

MESSAGE - Everything that happens may be for a predetermined reason. 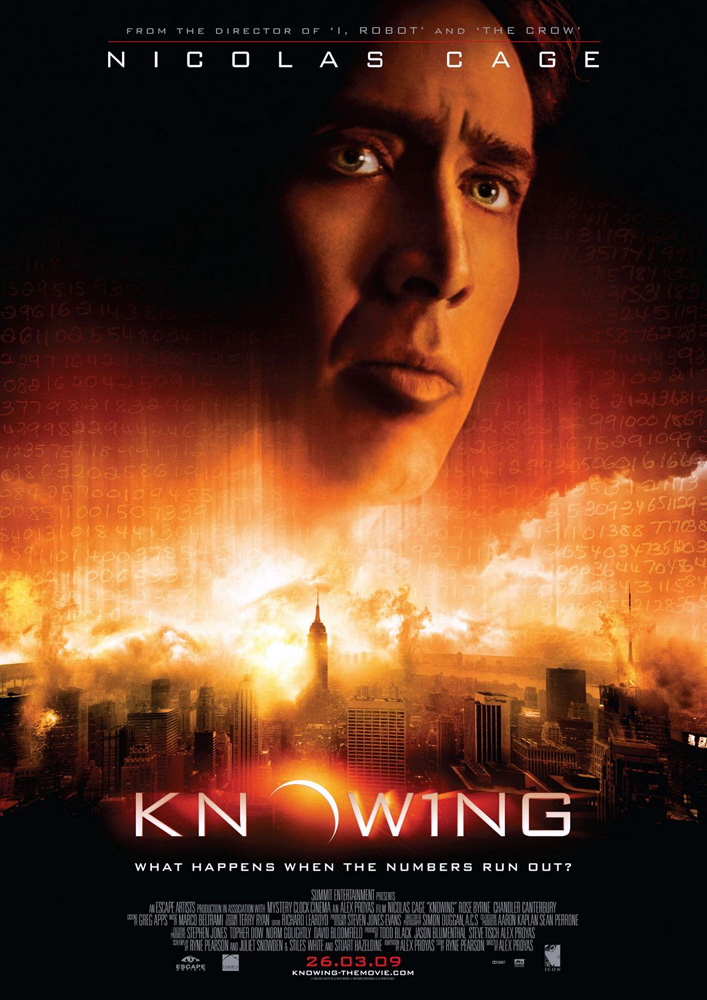