Why is “Kate” rated R? The MPAA rating has been assigned for “strong bloody violence and language throughout.” The Kids-In-Mind.com evaluation includes a sex scene and some partial nudity, many scenes of battles between a woman and many armed men with people dying from gunshots, and stabbings, a few scenes include people being injured and killed by explosions, we see the worsening condition of a woman after being poisoned, an injury in a car crash, a child being trained in assassination techniques, and over 30 F-words and other strong language. Read our parents’ guide below for details on sexual content, violence & strong language. A 24-year-old assassin (Mary Elizabeth Winstead) is an orphan recruited into a Japanese assassination society at a young age by a handler (Woody Harrelson). When she asks to retire, her handler assigns her one last target, a Japanese crime boss, but she soon realizes she has been poisoned and has only 24 hours to live. While seeking answers and revenge, she also becomes the protector of another orphan (Miku Martineau). Also with Tadanobu Asano, Jun Kunimura, Michiel Huisman, Miyavi and Kazuya Tanabe. Directed by Cedric Nicolas-Troyan. [Running Time: 1:46]

– In a close-up, we see a woman wearing a black bra (cleavage and a bare abdomen are visible) as she bounces up and down and we see a man’s bare arm and the top of his head as they appear to be having sex.
► A woman is shown wearing a bra and underwear (we see her bare shoulders, cleavage, abdomen and bare thighs). Several men of all ages sit in a bathhouse, each covered only with a cloth around the waist, covering their crotch. In a dark dance club, several women wear thin-strapped tops that bare their shoulders and arms. In several scenes, a teen girl wears a micro-mini skirt and thigh-high hose that bare upper thighs. A man wears makeup and removes his robe to show heavy black tattoo designs on his upper chest and arms, and tattooed text covering his entire back.

– A woman steals five hypodermic syringes of stimulants from a doctor at gunpoint and injects them at intervals into her thigh, and a woman crushes several white tablets and swallows them with water. A man in a bar shakes a cocktail shaker and we see liquor bottles behind him, a glass of wine is seen on a table, a man and a woman sip from glasses of wine, a bottle of wine and two empty glasses are shown untouched on a nightstand, five glasses of whiskey are seen on a table and a man chugs from one glass, and an empty market stall bar has a dozen liquor bottles. A few men smoke cigarettes in alleys as well as an outdoor market and an office and one man lights and smokes a cigarette in close-up, and a woman smokes a cigarette briefly in a lobby.

– Not all families are loyal. 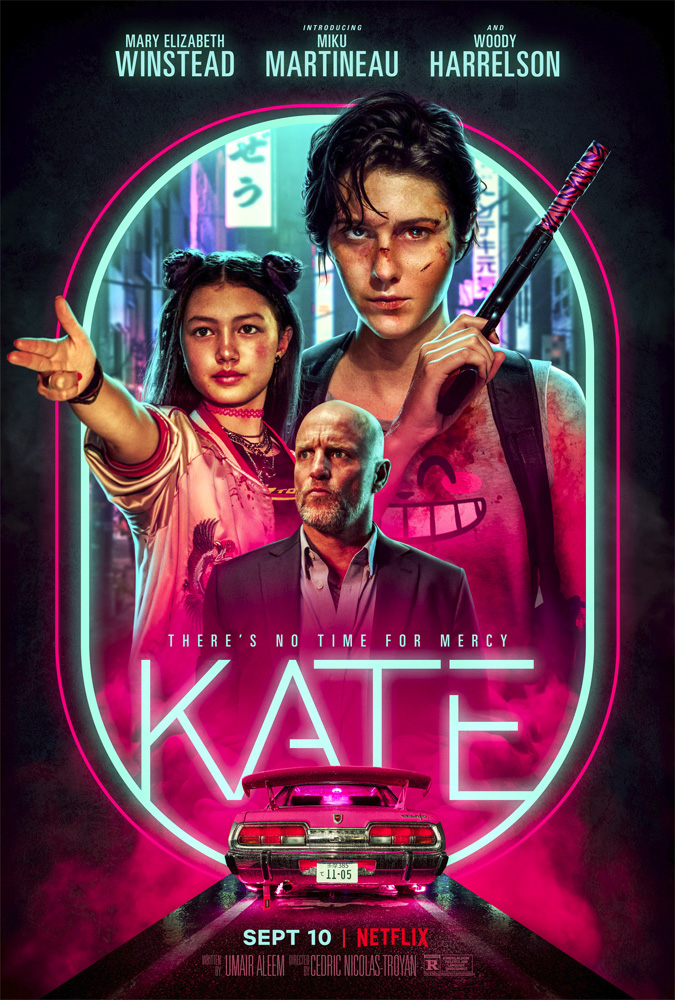