When a picture perfect family (David Duchovny, Demi Moore, Amber Heard and Ben Hollingsworth) moves into a new suburban neighborhood, they quickly become the envy of everyone. That is, until it is revealed that they are not a real family, just four unrelated people commissioned by a marketing company to pitch luxury products to neighborhoods around the world. Also with Gary Cole, Glenne Headly and Lauren Hutton. Directed by Derrick Borte. [1:36]

SEX/NUDITY 7 - The shadowed outline of a teenage girl is seen taking off her clothing, including undergarments, and slipping into a bed where a man is sleeping; the teen kisses the man, waking him, a woman runs into the room, turns on a light, and pulls the teen off the man while shouting at her to stop; the teen walks out of the room (her bare breasts and bare back are visible) and the woman tells her to behave herself.
► A teenage girl is seen lying in bed with a shirtless man; they kiss and it is implied that they have intercourse. A teenage girl is heard moaning suggestively and it is implied that she is having intercourse with an older man.
► A man and a woman kiss while lying in bed, and they are later seen lying side-by-side -- the man's bare chest is visible and it is implied that they had intercourse. A shirtless man kisses a woman while they lie in bed.
► A man and a woman kiss passionately. A group of men witness a man and a woman kissing passionately and make crude jokes about the overt sexuality of the scene. A teenage boy attempts to kiss another teenage boy, who pulls away. A man and a woman are about to kiss on multiple occasions, but the woman pulls away.
► Teenage girls are seen in various states of undress (wearing bras and pulling on clothing) in a locker room setting. A teenage girl wears cleavage revealing, low-cut, tight fitting blouses.
► A man and a woman joke that a mechanized toilet "brought them pleasure," and a woman is later seen sitting on the toilet (no nudity visible) with a shocked look on her face.
► A man and a woman make crude jokes about the man not being "too tired later," implying intercourse. Two men joke about a woman being interested in intercourse. A woman tells a teenage girl that a man had been engaged in multiple affairs and that the teenage girl is not special to him. A man jokes with a woman that she has male genitals, and the woman laughs.

VIOLENCE/GORE 4 - The body of a dead man, tethered to the bottom of a swimming pool is found by a woman who begins to scream for help; a man comes to her aid and struggles to pull the dead body from the pool, attempts CPR, and the dead man is wheeled away in a body bag by EMTs.
► A car runs a red light and another car crashes into it, causing it to spin around; the driver of the car that ran the red light is later seen with a cast on her arm and a bruised eye.
► A teenage boy punches another teenage boy in the face while screaming slurs at him; blood is seen on the teenage boy's face and he is later seen with a black eye and a cut on his nose. A woman slaps a man in the face, and the man flinches.
► A teenage boy shouts loudly at a teenage girl, a man and a woman.

SUBSTANCE USE - A teenage girl and teenage boy discuss "getting high" and are seen smoking marijuana. Men and women, as well as teenage boys and girls, are seen drinking, including a teenage girl drinking in excess and causing a drunk driving car accident. Men smoke cigars.

MESSAGE - Sometimes things are not quite as they appear. 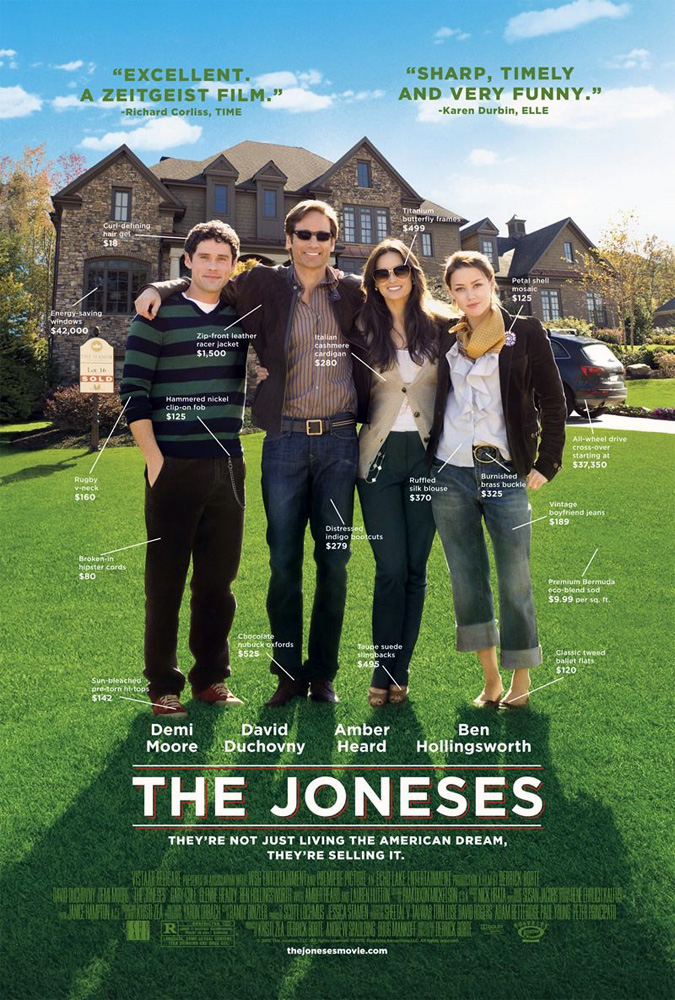