Why is “I’ve Got Issues” rated NR? The MPAA has not rated this film. The Kids-In-Mind.com evaluation includes an implied sex scene, a kissing scene, a description of male nudity, two suicides by stabbing without gore, a few scenes of the deaths of animals, a few scenes of attempted suicide, several deaths by heart attack, frustrations with inanimate objects, a prison escape, an encounter with white supremacists, many scenes of people feeling despair and hopelessness, and at least 1 F-word and other strong language. Read our parents’ guide below for details on sexual content, violence & strong language. A series of stories about unhappy people in difficult positions, trying to figure out how to change their lives. With Macon Blair, Claire Titelman, Maria Thayer, John Merriman, Randy E. Aguebor, Byron Brown, Courtney Davis, Sam Eidson, Paul Gordon and the voice of Jim Gaffigan. Directed by Steve Collins. A few lines of dialogue are spoken in French with English subtitles and a line of dialog is spoken in German with English subtitles. [Running Time: 1:28]

– A man and woman lie in bed with the man wearing briefs (we see his bare back and legs) and the woman sits up to show her lipstick smeared on her face (sex is implied). Two couples kiss at their weddings. A man and a woman share an ice cream cone and a man watches them eating it. A woman lays her head on the lap of another woman and the second woman touches her hair tenderly.
► A man in a movie tells a woman, “I cannot ejaculate” as he stands wearing briefs and a shirt (we see his bare legs) and looking out of a window; the woman wears a camisole and underwear (we see cleavage and bare legs). A woman asks a man what he would think about moving in together and the man sits silently (please see the Violence/Gore category for more details). A man asks a woman what she would think about starting a family (please see the Violence/Gore category for more details). A man tells a woman that he has met someone “…whose beauty was to die for.” A man carrying a bouquet of flowers runs after a woman as she walks her dog; she stops and he pants and sweats but can’t speak and she walks away.
► A shirtless man enters a room and lies back on another man’s lap as part of a treatment process. A man sits in a wheelchair in a retirement home and he seems to be wearing only an adult diaper (we see his bare chest, abdomen and legs). A man describes a page layout that includes male nudity (we do not see anything).

I’ve Got Issues SUBSTANCE USE

– A woman holds a cigarette in one scene.

– Nothing is more difficult than change; but you are not alone. 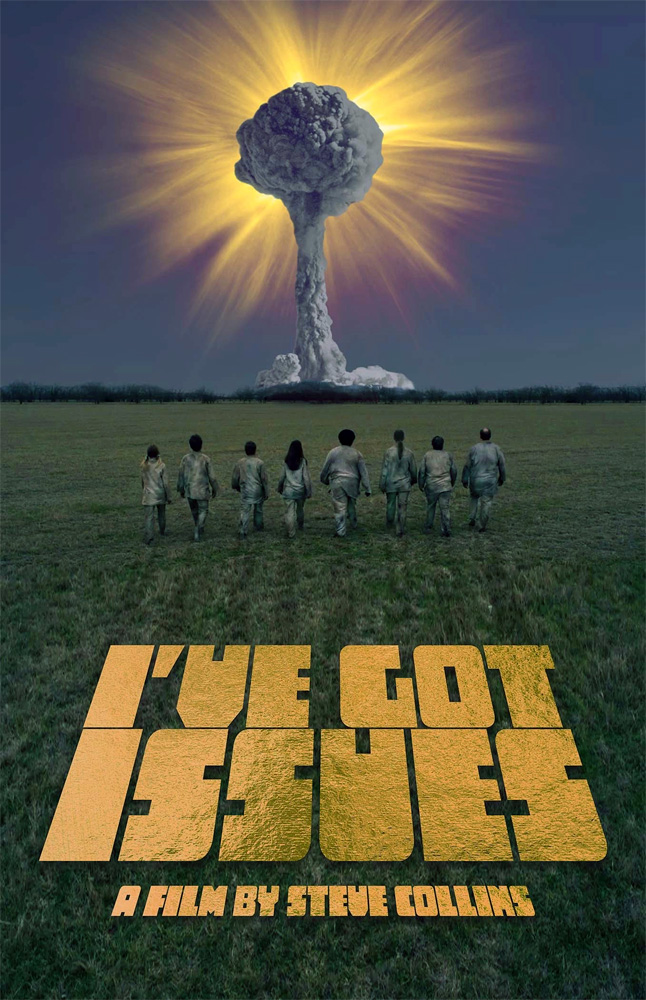