SEX/NUDITY 2 - A few kisses. We see a man in his boxers with his pants at his ankles (we hear a few women whistling and hooting). A man makes animal noises while looking at a woman's clothed buttocks, which the camera focuses on twice. We see a few women wearing cleavage-revealing tops and we briefly see a woman teaching aerobics in tight, tiny clothing.

VIOLENCE/GORE 4 - Mostly played for laughs: It's implied a man is shot by a laser; we later see him on the floor and learn that he has died. A car explodes with a man inside; we later see him in a full body cast, then see him in surgery (nothing graphic is seen, just a few springs and gadgets being lowered into a sheet). A bowling ball lands on a man's hand and presumably crushes it; we later see him using a metal pincher-like prosthesis. A car flips and slides for awhile, then crashes into a billboard that then falls on top of another car (no one is injured). A robot-man's head falls off and is thrown into a river and a robot-woman does back flips off a tall building and is presumably crushed (we see a cloud of smoke rise a few seconds afterwards). A robot-man shoots fire at people and sets a sign and a stack of papers on fire. A robot-man is shot at repeatedly but not hit. A rocket ricochets around a building, nearly hitting several people and knocking one woman out of her chair. Two robot-men fight each other with various gadgets, fall off a bridge into shopping carts and roll down a street. A man is electrocuted while wearing a helmet, a man's nose is pinched with a claw, a man is swung by his feet and then thrown to the ground, a man runs into a rope at neck-level and falls down, a man is thrown across the floor and knocks a few people down. Some slaps and several punches. A robot-man runs through a window and breaks windows with his head two other times. A robot-man's head -- attached to a spring -- crashes through a ceiling, a robot-man is dragged behind a moving car and two robot-men fighting in a car are hit by a traffic light and knocked to the ground. A robot-man and a woman dangle from a helicopter and then fall, managing to land softly in a fountain. We see a shot of a city exploding and burning and see lots of people running chaotically as a robot-man shoots fire bombs and chases them. We see a robot foot a few times, and also see a man try to shove it into a toilet. A dog rips off a man's boxer shorts from underneath his pants, a spider crawls out of a robot-man's mouth and onto another's arm, a cat drinks from a coffee mug and belches. A few instances of threatening with guns. Lots of reckless driving and some car crashes and chases.

LANGUAGE 1 - What could have been a mumbled mild obscenity and some mild name-calling.

MESSAGE - Determination and technology can help you catch the bad guys. 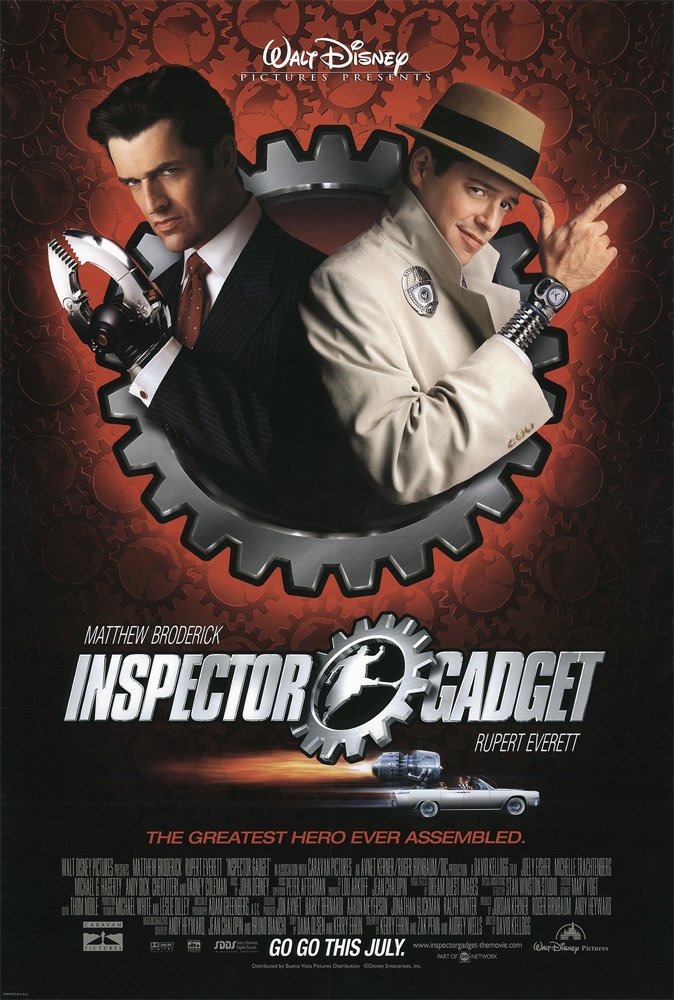