A black comedy about a plane that mid-flight is found to be doomed to crash. As the passengers, pilots and crew all struggle with fear, they lightheartedly prepare to meet their imminent end. With Javier Camara, Lola Duena, Cecilia Roth, Hugo Silva, Penelope Cruz, Antonio Banderas and Blanca Suarez. Directed by Pedro Almodovar. In Spanish with English subtitles. [1:30]

VIOLENCE/GORE 3 - We hear a thud as a woman drives a luggage cart on a tarmac and we see a man stand up, throwing suitcases off himself; a bloody cut is seen on his head, and we watch as drops of blood hit his cell phone while he is texting; the man is telling a woman and a man dramatically that he needs to go to the hospital because he is "bleeding to death." We see a small bleeding cut on a woman's temple and she tells another woman that she had been hit in the head by a bird statue.
► We hear a crashing noise and a scrape of metal, as we believe a plane is crashing; we later see people exiting the airplane through the emergency exit and no one is harmed.
► A woman climbs over the side of a viaduct and she appears about to jump until she is distracted by a phone call and we later see the woman, unharmed, climbing into an ambulance; we hear an EMT discussing that the woman was being taken to a psychiatric hospital. A woman excitedly tells another woman that a second woman had almost killed herself.
► A man slaps a woman to calm her. A woman almost snaps accidentally another woman's fingers closed in a suitcase. A woman makes a man promise not to slap her (the man had previously slapped her).
► A woman shoves her way into a cockpit and angrily chides two men. A woman shouts at an unseen person over the phone, and her conversation implies that the person on the phone should have another person killed. A woman asks a man if he has killed anyone and the man tells the woman that he has never killed anyone. A man admits to a woman that he had been commissioned to kill her, but has changed his mind.
► A man tells a woman that the plane they are riding in has a high probability of crashing and the woman panics, shouting that people are trying to have her killed. A woman tells a man that the airplane they are on could either crash or split in half upon landing. A woman tells three men that her job is to use ESP to locate dead bodies, and she is currently on her way to a contract job to find dead drug lord bodies. A woman tells three men that she had "smelled death" in an airplane, but is currently not smelling it, because if she were she'd be "retching." A woman tells another woman that she had seen a woman throwing objects from her apartment windows. During a phone call, a man tells his two unseen children not to hit one another.
► A man makes a gagging/vomiting noise off camera and a woman overhears the man vomiting. A woman tells a man that she would throw up if he ate anything. We hear two sounds of flatulence; a woman later remarks that an airplane smelled and she believed it was from flatulence.

SUBSTANCE USE - A man gives two men pills wrapped in plastic and he discusses how he was a drug mule and had been storing the pills in his anus (the men sniff the plastic and act disgusted), a man feed pills to his wife causing her to fall into a deep sleep and he later feeds her additional pills, we see an entire portion of an airplane filled with people sleeping and on multiple occasions and we hear that two female flight attendants had given the group of people sleeping pills, a man smokes what appears to be a marijuana cigarette and offers it to another man who turns it down, men discuss drug use and former addiction to heroin and cocaine, a man offhandedly discusses how he is a recovering cocaine addict, a man tells two other men that he is going to take a series of name-brand drugs and lists an antidepressant and a sleeping pill and a muscle relaxant, a woman shouts at three men after they reveal that she had been drinking a cocktail made with alcohol and a prescription drug, and a man remarks that he is praying for another man to recover from his drunkenness and drug addiction. Throughout the movie we see people drinking alcohol, flight attendants drink liquor directly from a bottle, flight attendants feed alcoholic drinks to airplane pilots actively flying an airplane, flight attendants offer people a cocktail made with champagne and liquor along with extremely heavy pain killers, flight attendants offer and make liquor-based cocktails that we see people drinking throughout the movie, an airplane pilot asks a flight attendant if he can order wine and the other pilot chides him, and people discuss different levels of drunkenness throughout the movie. We see men and women smoking cigarettes on an airplane.

MESSAGE - How someone chooses to spend the last moments of one's life tells a lot about the person. 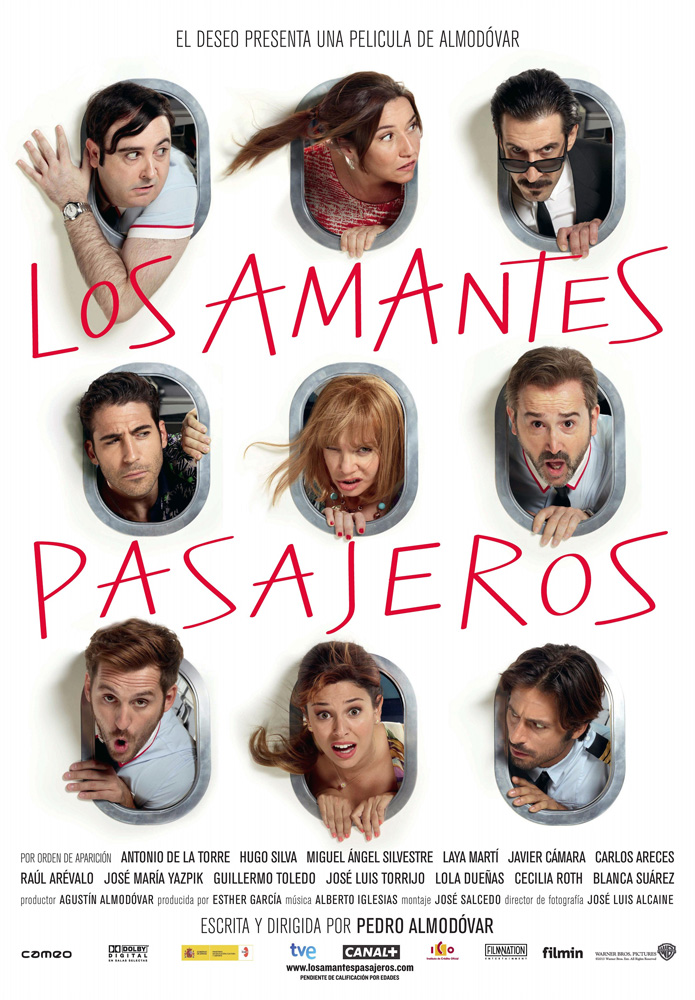