A workaholic businessman (Eddie Murphy) has little time for his daughter (Tara Shahidi), but changes his behavior when the girl shows a magical ability for giving career-enhancing business tips. Also with Anna Friel, Danny McBride and Jorma Taccone. Directed by Karey Kirkpatrick. [1:37]

SEX/NUDITY 1 - A husband kisses his wife on the cheek.
► A man quizzes his young daughter about "Mommy's new friend" -- i.e., his estranged wife's new romantic relationship. We meet a man who is identified as the new romantic interest of little girl's mother.
► A little girl applies makeup to a man's face as part of a game. We see a drawing made by a young girl of a fish kissing an airplane.
► We see a shirtless man and some cleavage.

VIOLENCE/GORE 2 - A man is shoved out the door of a house by another man, preceded by the sound of breaking glass and a yowling cat from inside the house (we see this scene a couple of times). A man physically blocks another man from walking past him.
► A man is tackled by kids and falls down on padded playground equipment. A man bounces on a trampoline and up onto the limb of a tree, he falls out of the tree, bounces off the trampoline and lands painfully onto the ground. At nighttime, a man trips over a tricycle while attempting to sneak into a house, and he limps and slips on a skateboard, causing him to fall.
► In the middle of the night, a man sneaks into his estranged wife's home where children are having a sleepover, and he takes a blanket from a sleeping girl causing her to bump her head on the floor (she doesn't seem hurt and doesn't wake up).
► A man drives very fast down a street, pulling the car to screeching halt in front of elementary school where there are young kids. A man drives recklessly through busy city streets at high speed, not paying attention to traffic signals. A man drives recklessly and tosses a can out of the car window.
► In a gym, a man repeatedly hits a punching bag, as much out of frustration as exercise. A man lights a fire in an outdoor fire pit and it ignites with a large flash of flame.
► A little girl screams whenever her blanket is taken away from her. A man spins around with his head covered with a blanket until he becomes nauseous. A plastic playground ball bounces off man's head and then children pelt the man with a barrage of the balls. A young boy, charged up on caffeine, chases a man out of a yard and runs around a fire pit with a blanket over his head.
► A man bickers with his estranged wife over watching their little girl. A little girl says her imaginary friend is "throwing rocks at you." A man jokes about having an aneurysm. A man jokes about stabbing a man he doesn't like. A man threatens (not seriously) that, "I'm gonna slap you." A man briefly discusses the detonation of a nuclear weapon.
► A blanket is shown to seemingly possess a magical power to summon spirits. A man compels his son to perform a magic ritual to contact spirits. People discuss "dream spirits." Invisible spirits give financial information (they are presented as "imaginary friends," but evidence seems to suggest that they are real).
► A man pours thickened, congealed, spoiled milk onto cereal (it is not eaten). Chocolate syrup, ketchup, mustard and hot sauce are poured on burnt pancakes (they are not eaten). A man steps into large pile of manure.
► A man attempts to bribe a child with $26 and a coffee gift card.

SUBSTANCE USE - A man pours wine at a business dinner. A man gives his young son a can of Red Bull and he is shown to be affected by the caffeine, and a man guzzles a Red Bull.

MESSAGE - Life is better when you keep your priorities in order: Don't let business obligations overwhelm your family obligations. 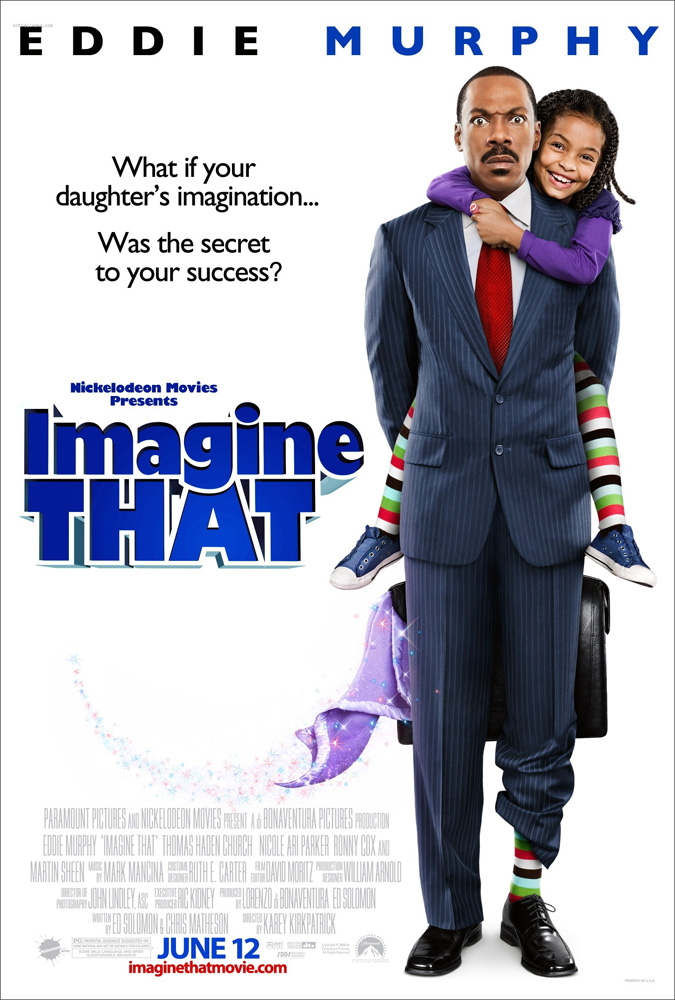