A series of disappearances have a college town on alert for a psychopath, and when another young woman (Lindsay Lohan) disappears but is found alive (albeit missing a few limbs), the police are anxious to uncover what happened to her. However, she insists that she is an entirely different person, and the story she relates is so implausible that she can't convince anyone she's telling the truth. Also with Julia Ormond, Neal McDonough, Brian Geraghty and Garcelle Beauvais. Directed by Chris Sivertson. [1:45]

SEX/NUDITY 8 - A young man and a young woman kiss passionately, they go to the young woman's room, in her parent's house, and they continue kissing; she then gives him a condom, he removes his shirt, she pushes him back onto the bed, they continue kissing, she thrusts on top of him (she is wearing a bra and panties and he is bare-chested), they moan and thrust, and we see her bare back and the side of her bare breast -- her mother who's downstairs can hear them.
► A woman performs a lap dance on a man and her bare breasts (with a nipple piercing) are shown in two separate scenes. A woman in an exotic dance club dressing room massages her legs and her bare breasts and bare buttock are visible from the side.
► A young woman in an exotic dance club dances around a pole, thrusting and gyrating, she wears a sheer dress over a corset and stockings, she removes the dress and continues to dance while men and women watch her (cleavage, part of her bare buttocks and bare thighs are clearly seen).
► In another scene, a young woman dances around a pole and thrusts against it while wearing skimpy panties and a bra (part of her bare buttocks are visible, as well as the top of her inner thighs and cleavage); she takes a cigarette from a man who watches her and rubs it near her crotch, she puffs on the cigarette and returns it to the man, who smells it.
► A young woman watches a man in her rear view mirror, he takes off his shirt and is bare-chested, she steps out of her car and looks at him, and she turns and walks away. A young man caresses a young woman's knee, she pushes him away, they talk about the fact that she does not want to have sex with him, and he professes his love for her.
► A young woman wears low-cut tops and dresses throughout the movie that reveal cleavage and bare shoulders. Young men are shown bare-chested in a few scenes, and a man removes his shirt and we see him bare-chested.
► A young man and a young woman (her chest is covered with a sheet and he's bare-chested) lie in bed talking, after having had sex. A young woman talks about selling her body to hairy old men with B.O. A young woman asks a young man if he ever had sex with another young woman. A young woman calls another young woman a sex addict. A young woman says that she is a hostess at a "gentleman's club."
► A young man is embarrassed when asked to identify the female sex organs of an earthworm and he mistakenly finds the male sex organs.

VIOLENCE/GORE 8 - Two blocks of dry ice are clamped onto a young woman's hand, the skin pulls away when the blocks are removed, a liquid is poured onto the hand which has turned black, and one finger is sawed off with what looks like a glass blade (we see blood, and we hear squishing and crunching and tearing as the camera lingers on the process).
► Someone reaches through a doorway trying to grab a young woman, she pushes the door closed on the person's arm, and then begins sawing off the person's hand -- the camera lingers and it takes some time to separate while blood accumulates, and we see the blade slowly making its way through the skin and the bone; the hand plops to the floor and the person runs screaming.
► A young woman sees her fingers turning black and one begins to open and then disappear. A young woman pulls a glove off her hand, her finger falls off, and we see the bloody finger and the bloody stump. A young woman pulls back a sheet and sees that her leg is soaked in blood and has been cut off at the knee.
► A young woman has what seems to be a nightmare about being cut and mutilated, we see a puncture wound opening in her arm, blood pools and dribbles and she wakes up and sees her arm covered with blood and she screams. A young woman tapes a severed finger onto a table, and then begins stitching it back to her hand with a needle and thread (we see the needle tugging against the skin and we hear her breathing and moaning and we see blood on the table and on the hand and finger).
► A young woman is bound and gagged and strapped to an operating table, someone puts a drug in her mouth, and she writhes and struggles against her restraints. A young woman wakes up during surgery to amputate her arm and leg, she hyperventilates, and then goes back under and we hear the whirr of the saw.
► A man is stabbed in the stomach and neck (blood pours and spurts), and he collapses to the floor dead. We see a video of a man being shot and another man develops a similar wound that bleeds heavily.
► A man with a tire iron goes into a man's house and does not come out; a young woman goes looking for him and finds him dead on an operating table in a pool of blood. We see a severed hand in a bowl of ice. Blood trickles down a dance pole from a young woman's hand and glove. Blood drips on the floor of a bus from a young woman's injured hand.
► A young woman falls off a chair and to the floor and we see her with a bloody nose. A young woman has a dream about a young man taking off his shirt and revealing a tattoo of a heart with wings, and the wings begin to move, and then slashes appear across his chest (no blood is evident).
► We see parents of a young woman identifying her body in a morgue and they scream and cry in disbelief (we see her on the table covered with a sheet and her face is tinged blue). A young woman pounds on an apartment door, opens it, recoils from the smell and finds a woman dead in a chair (we see the woman's blue-tinged face and arms).
► A young woman is struck hard across the side of the head by someone with a shovel and is dragged away. A killer kisses prosthetic legs that hang from a ceiling, and then caresses a young woman's hair with a sharp knife. A young woman fights with someone who is trying to kill her, the killer grabs her arm (it is prosthetic), it comes off, and she runs away. We hear a loud scream and a slashing sound while looking at a black screen.
► A young woman wakes up in a hospital recovery room and panics when she realizes she is missing her arm below the elbow and her leg below the knee. A young woman digs up a grave, breaks the lid of the coffin and finds the person inside still alive. A woman nearly crashes when she swerves to miss an animal in the road and discovers a badly injured person in a ditch on the side of the road (not much is visible in the dark).
► A man describes the wounds a young woman suffered while writing an autopsy report (limbs and digits had been removed). We hear that a young woman's body was found after she had been missing. A young woman argues with police on information about the person who kidnapped and tortured her.
► A young woman is confronted by the mother of a murder victim and the woman yells at her. A young woman is frightened while walking alone on a dark road when she sees a figure watching her from a distance. We see someone closing a casket lid and digging a grave.
► Two young girls hold their hands as if they are injured and scream. A young woman has trouble breathing and feels like she is suffocating. A young woman hides in the trunk of her car to escape from her house, which has heavy police protection. A young woman separates from her friends, walks into a crowd looking for someone and does not return to a previously arranged meeting place. A young woman is fitted with a prosthetic arm and a prosthetic leg.
► A possum eats something (we hear slurping and crunching), and a young woman pricks her finger on the thorn of a rose. 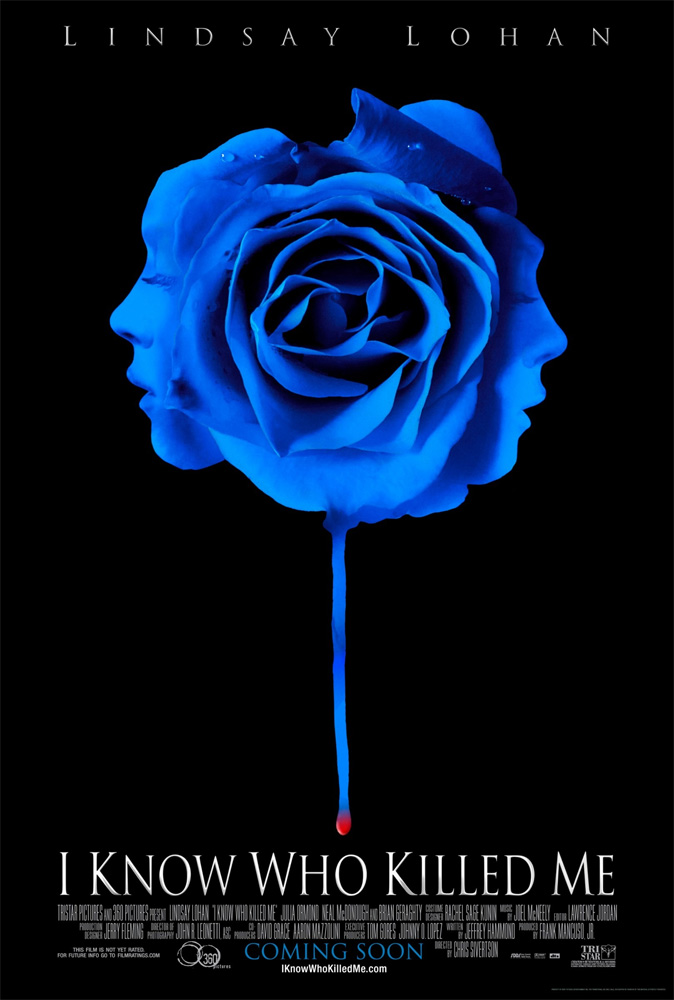