A man insists on taking his friend out of town to a strip club for his bachelor party, against the wishes of the bride-to-be. However, he ends up abandoning him and being uninvited to the wedding. With Matt Czuchry, Jesse Bradford, Geoff Stults and Keri Lynn Pratt. Directed by Bob Gosse. [1:45]

SEX/NUDITY 8 - Police officers with guns drawn break into a residence and find a man and a woman having sex: both are nude and we see the mans' bare back, legs and buttocks and the woman's bare back, buttocks and breasts; she's bending over a counter with her hands bound behind her, we see the man thrusting and we hear the woman moaning (please see the Violence/Gore category for more details).
► A man has sex with a woman: we see him thrusting frantically and the woman's hand caresses his bare chest (we see anything else). A man thrusts into a woman who is lying on a bed, we see her feet caressing his face while he thrusts, and we then see her thrusting on him (her bare breasts are visible); he and other men talk about details of her anatomy later when he remembers the encounter.
► A man and a woman kiss in bed (we see flesh but not much other detail), the man climbs on top of the woman, there is brief thrusting and they continue to kiss (we see them sleeping together later and the man is bare-chested).
► A woman performs oral sex on a man seated on a sofa: we see her head moving up and down and the man moans; when another man walks in they stop.
► Three men walk into an exotic dance club and see topless women wearing thongs (bare breasts and bare buttocks are visible) dancing suggestively around poles and on stage. A topless woman (her bare breasts are visible) dances on a stage and around a pole while men cheer. Several exotic dancers in skimpy outfits (cleavage, bare abdomens and legs are visible) take a man onstage and try to remove his pants, but he struggles against them (please see the Violence/Gore category for more details). A fully nude man walks through a hotel lobby holding a T-shirt in front of his genitals (we see his bare chest, back, buttocks and legs). We see a poster of a woman wearing a short, low-cut top and short shorts that reveal bare abdomen, deep cleavage and bare thighs. A young boy is shown wearing only jockey shorts. Women wear low-cut dresses that reveal cleavage, bare shoulders and backs.
► A man and an older, married woman kiss passionately in a bathroom, they go to his hotel room, they continue kissing, they lie back on the bed and they are interrupted. An exotic dancer wearing a skimpy outfit (cleavage, bare abdomen and legs are seen) performs a lap dance on a man's lap and she licks the side of his face and his ear.
► A man and a woman kiss in a few scenes. A husband and his wife kiss at their wedding. A man licks a woman's face.
► A man is angry throughout the movie and makes numerous references to having been betrayed by his fiancée and finding her having sex with another man. A man makes numerous references to having sex with women with various impairments (visually impaired, hearing impaired, etc.), e.g. he says, "I had sex with a deaf girl." A man says that another man "breast fed until he was 9." A man describes a lap dance that was performed on him at a strip club and says that he touched the dancer's breasts. A man makes a pass at a woman in a bar and speaks in a derogatory manner about her after she leaves. A man refers to a strip club as "The super bowl of carnal pleasures."
► Men and women dance together at a wedding reception.

VIOLENCE/GORE 5 - A man onstage struggles against several exotic dancers who try to remove his pants: he elbows one woman in the face (we see her very bloody nose and mouth), the women throw the man off the stage, he crashes into a table and a bottle breaks cutting his forehead (we see a lot of blood on his face and shirt); he is then escorted out of the club by bouncers.
► Police officers with guns drawn break into a residence and find a man and a woman having sex; they pull them apart thinking that the man is raping the woman, and the woman yells at the officers for interrupting them.
► A man rushes to get to a toilet when his stomach is upset, but he cannot control the evacuation: we see his boxers becoming stained from feces, feces run down his legs and stain his socks, he finds the restroom, sits down and we hear a lot of flatulating and splattering; the toilet overflows, he uses another stall, and there's no toilet paper so he uses his T-shirt to clean himself when he is finished. A man and a woman drink from a beer laced with eye drops, we hear their stomachs rumbling, the woman uses the bathroom and we hear flatulence and splattering and see the toilet overflowing with feces. We see loose feces smeared on the floor of a hotel lobby. A man is shown unconscious, covered in blood and lying in a pool of vomit; when he wakes up and stands up we see caked vomit in his hair. A man urinates on a street against a dumpster (we see the urine stream), and he turns around to talk to two police officers who recoil to avoid the urine spray. Two men complain about the smell of flatulence inside a car. We see a box filled with a woman's possessions and scattered on the top are unused tampons.
► A police officer strikes a man twice with a nightstick (we hear the thuds but do not see the blows and we later see the man with bruised eyes). A man yells at another man and lunges across a table at him; another man pulls him away and he storms out.
► We hear a police dispatch person call in a reported attack in progress and that there is screaming coming from inside a residence. A man threatens a woman by saying, "I will carve a [expletive deleted] hole in your torso." A man tells a woman saying, "I will gut you and grind you into pig slop." A man threatens to rape another man, and then punch him. A man says, "I wanna shoot every one of these [expletive deleted]." A man playing a video game says, "If you pick that up again, I'll rape you with it." A man tells another man "I hope you die in a fire." A man tells a woman "I am a convicted sex offender." A man says he'd rather "mainline Drain-O" than be with a woman. A man asks a woman if two turtles are "telling you to kill that fat girl" and "fat girls aren't real people." A man imagines choking a woman to death and kicking her young son, who is watching, in the crotch. A reference is made to stealing someone's organs. A man makes several allusions to rape and murder and the woman he is talking to appears frightened. A man and a woman argue. A man makes several references to his parents verbally abusing and ignoring him.
► A man stands in front of another man in a threatening manner. A woman playfully punches a man on the arm.

MESSAGE - Know your friends before leaving town with them. 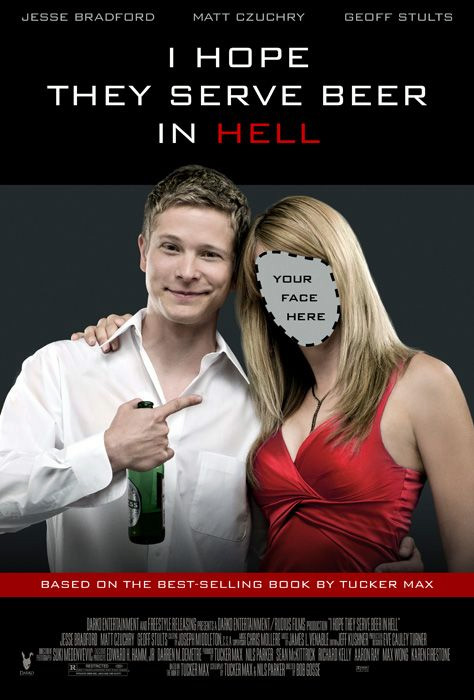