VIOLENCE/GORE 7 - A person is decapitated by a swinging iron lion; also, a huge iron lion's head nearly hits two people as it swings toward them. A statue holds a man underwater for a few minutes. A piano wire slaps a woman's eye causing a bloody cut; blood fills a glass she holds to her eye. A man has a very bloody, deep cut in his hand; embedded glass is extracted with squishy sounds and we see his bloody hand and a bloody bandage in later scenes. A painting falls on a couple, leaving a bloody cut on one's arm. A man crashes his car into gate and hits his head on the dashboard. A woman is yanked out of bed onto the floor, a woman is "skewered" into place by poles but is not hurt, glass shatters onto a woman and in two scenes a giant hand and many smaller hands try to grab people. People are thrown against walls, a man is drawn toward a fireplace and chairs are sucked from people's hands (as they're trying to break some windows) by unseen forces. A bird statue and a huge, skeletal ghost attack people (the people fight back in one scene). A face slap, lots of chases, a woman runs as a ceiling falls in above and behind her and a man dangles and nearly falls from a great height. A house comes apart at its seams and we see an explosion of ashes with many skulls and bones visible. We see a painting that looks like a bloody skeleton's face, a corpse hanging from rafters and some words and little footprints in red paint or blood. Blood spurts out of a statue's mouth and into some water, staining the water and a man's face red. We see some bruises on a man's neck. Lots of non-violent, non-gory but otherwise unsettling scenes worth mentioning: many "jump" scenes when people or objects startle others; we hear some noises during the night in many scenes (creaking doors and floorboards, screams, eerie whispers, doorknobs turning, pounding at doors) and doors slam shut as people run past them; we see eerie carvings and sculptures throughout a house, a maelstrom and sculptures come alive and scream and a skeleton sits up abruptly; a ghostly face is seen at a window and in a ceiling, windows become eyes, ghostly children are seen a few times (in one scene, a ghostly baby from a sculpture crawls under the sheets as a woman lies in bed) and a woman's hair is braided by invisible hands.

LANGUAGE 3 - A few scatological references and some obscenities.

MESSAGE - Some houses are just bad. 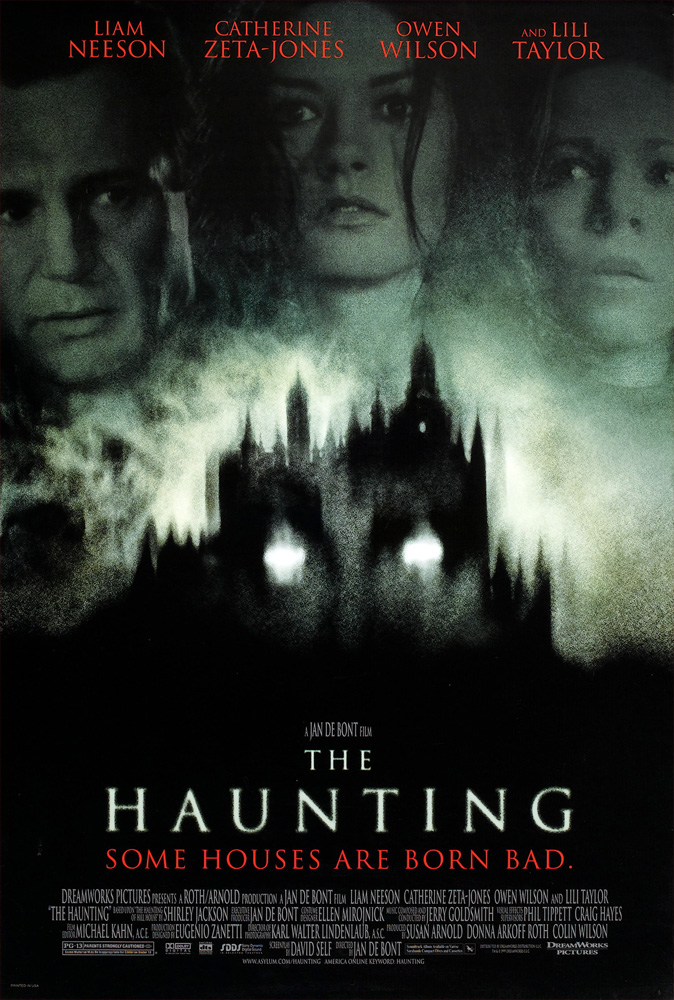