Sequel to the horror comedy: After overcoming the trauma of the possession of his girlfriend, a man (Marlon Wayans) moves on to a new relationship with another woman (Jaime Pressly) and along with her two children move into a house together. When strange things begin to happen he fears that there is more evil at play. Also with Missi Pyle, Essence Atkins, Gabriel Iglesias, Ashley Rickards, Affion Crockett, Steele Stebbins, Rick Overton, Hayes MacArthur, Dave Sheridan, Cedric the Entertainer and Kurt Carley. Directed by Michael Tiddes. [1:27]

SEX/NUDITY 8 - A man climbs on a bed where a female doll is lying and makes sexually suggestive remarks, then licks its face and has sex with it in an extended scene, with the doll and the man in many positions: the man's bare chest, abdomen, back and buttocks are shown and he thrusts on the doll, performs oral sex on the doll, it is implied that the doll performs oral sex on him and then we see him lying in the bed with the doll and he falls asleep (at one point the man removes a condom and throws it away). A man has sex with a doll and we see his bare buttocks as he stands in front of the doll seated on a bench and he thrusts his hips suggesting oral sex or masturbation.
► A woman wearing a short robe enters a bedroom where her boyfriend (he's bare-chested) lies in the bed; she removes her robe and we see her wearing a bra and panties as she climbs into bed with the man where they kiss and she moves down under the covers to his crotch (oral sex is implied); many fast-frame sequences of the two of them having sex in numerous positions with both thrusting are seen and after climax the woman asks for more; we see them having sex three more times with the same fast-frame sequences (we see the man's bare buttocks a few times and we see the woman wearing a bra with her cleavage, bare back and abdomen visible; please see the Violence/Gore category for more details). A man remembers having sex with a woman and we see her thrusting on top of him as her head turns completely around.
► Women working in a meth lab are shown topless (bare breasts are seen). We see two topless women standing near a man and he snorts cocaine of the bare breasts of one of the women. We see photographs on Facebook of a female doll wearing a bikini, then with no clothes and we see its bare breasts with nipples; another photo shows the nude doll tied up with rope. A woman wears low-cut tops and tight-fitting outfits that reveal cleavage and the outline of her figure in many scenes. A teen girl coughs and wretches as if she is going to vomit; when she opens her mouth to look down her throat we see the tip of a penis in her throat. A man's pants hang low and reveal part his jockey shorts in the back. A man uses a phallus to swat moths in a teen girl's room. Several women wear low-cut dresses that reveal cleavage.
► A large man stands behind another man in a jail cell and tells the second man to "Kiss me on my hot mouth" and "I feel romantical"; we see three other men moving toward the second man and the camera cuts away, suggesting prison rape.
► A teen girl in bed hears a voice telling her, "I want you to touch me" and she licks her fingers and reaches under her sheets presumably to self-stimulate but she is interrupted. A teen boy and a teen girl kiss passionately and a man talks about the girl having had sex with numerous boys. A man smacks a woman on the clothed buttocks and they kiss. A man and a woman kiss.
► The camera focuses on a woman's buttocks clothed in tight-fitting pants as a man approaches her from behind and makes a sexually suggestive remark, and then thrusts his crotch against her briefly.
► A teen girl complains to her mother that a man (the woman's boyfriend) put his fingers in the teen's box (referring to a wooden box, but the term is misconstrued) and an argument ensues. A man makes a crude sexually suggestive comment about another man's girlfriend. A man tells a teen girl that a box she is holding "can hold a lot of birth control." A man suggests that he is becoming sexually aroused after watching a home movie of a family being threatened by a demon. A man and a woman argue about whether the woman's genitals are loose. A man talks about having had sex with a doll. A boy reads a teen girl's diary that includes entries about her having lost her virginity, having had sex with 17 boys but that it was only anal, "So it's not for real," and that she will never stop having oral sex (using crude terms). A priest says that he became a priest for "the little boys." A priest says that "It ain't like I've been raping..." A priest talks about having been trying to perform oral sex on himself. Several women confront a man for having an interracial relationship. A woman complains other husband about their sex life and describes something that she would like him to do to her.

SUBSTANCE USE - We see people working in a meth lab and a man talks about selling meth to students, a man smokes marijuana and then snorts cocaine and drinks liquor before swallowing a handful of pills and we see him fall on the floor where he wakes up later in a pool of vomit, a man snorts cocaine off a woman's bare breasts, and people eat a white powder from a bag and it is referred to as molly. A man drinks whiskey by the glass in several scenes and directly from the bottle a couple of times, a man drinks an entire bottle of whiskey from the bottle, a man drinks tea with a boy and he spits it out saying that it is straight vodka, two men drink tequila, and a man says, "I must have been really drunk." A woman smokes.

MESSAGE - Demons are tough to get rid of. 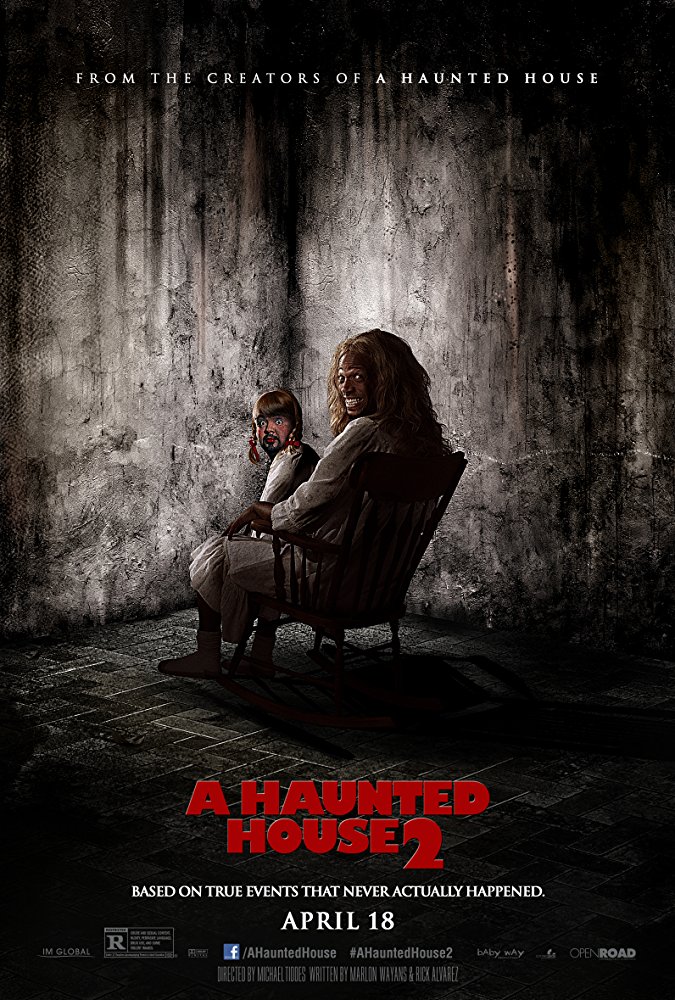