Why is “The Green Knight” rated R? The MPAA rating has been assigned for “violence, some sexuality and graphic nudity.” The Kids-In-Mind.com evaluation includes a couple of sex scenes with partial nudity and a scene that includes full female nudity at a distance, a beheading leaving a bloody severed head, a near beheading, a robbery, a long journey with many unusual characters encountered, a fight with punches, and some mild language. Read our parents’ guide below for details on sexual content, violence & strong language. Adventure inspired by the Arthurian legends: After accepting a challenge by a colossal wood-skinned knight, Sir Gawain (Dev Patel), King Arthur’s nephew, embarks on a quest to confront his fears, and encounters ghosts, a magical fox, giants, thieves and time distortions. Also with Alicia Vikander, Joel Edgerton, Sarita Choudhury, Tara Mae, Atheena Frizzell, Sean Harris, Kate Dickie, Chris McHallem and Ralph Ineson. Directed by David Lowery. [Running Time: 2:10]

– A man lies in bed shirtless and a married woman sitting in the room moves close to him and asks why he didn’t visit her in her chamber the night before; she touches his face and speaks seductively as she seems to be reaching below his waist as he breathes heavily and rhythmically, she straddles him briefly and moves away revealing ejaculate on his hand; the man panics when he sees an elderly woman standing in the room and he runs out of the house. A man and woman have sex and we see him thrusting and hear moaning (his bare back and buttocks are visible).
► A man chases a woman through a brothel and we see men and women caressing, kissing and hugging with the women in various states of dress including fully nude (we see bare breasts and pubic hair, cleavage, bare legs, abdomens and buttocks at a distance). A man and a woman are undressed by attendants and we see the man’s bare chest and abdomen and the woman’s bare shoulders; they are seen lying in bed and sex is implied.
► A man kisses another man deeply. A man and a woman kiss: she is wearing a slightly sheer nightdress that reveals cleavage and bare shoulders, and she climbs in bed straddling him; she remarks that he is impotent. A man kisses a woman on the cheek. A man kisses a woman’s hand. A man and woman ride on a horse together and she wraps her arms tightly around his waist.
► A woman says that a man “sought to lay with me” and after she refused him, he returned to harm her (please see the Violence/Gore category for more details). A man talks about his sister’s child being, “cleft from her womb.” A woman asks a man if he still fancies her and if she makes him happy.
► Giant humanoid beings are shown without clothing and breasts and buttocks are visible. A man is shown shirtless in several scenes and we see his bare shoulders, chest, abdomen and back to the hips. A woman wears an off-the-shoulder dress that reveals her bare shoulders. A woman wears a low-cut dress that reveals cleavage in several scenes. A woman bathes her adult son and we see his bare back to the hips as he sits in a tub.

The Green Knight SUBSTANCE USE

– Courage is to accept your fate without any artificial protections. 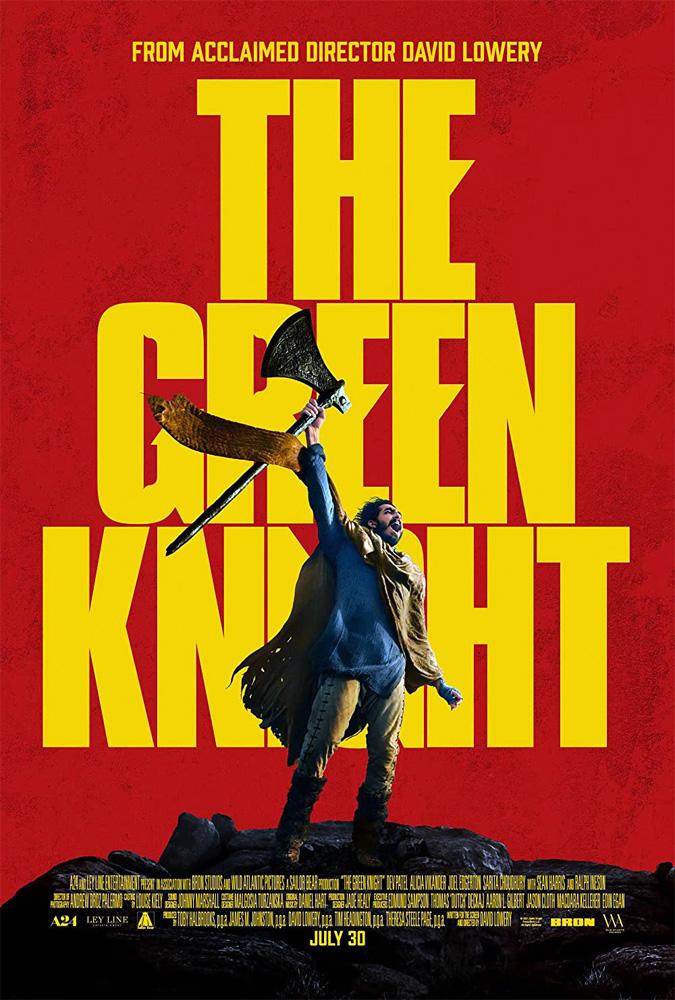