A man (Michael Joiner) has become a police officer after the death of his young son, and after a tragic event involving another son. When his partner (Mike Higgenbottom) reaches out to help comfort him, they both find a new appreciation for their faith. Also with Louis Gossett Jr. and Cindy Hodge. Directed by David G. Evans. [1:41]

SEX/NUDITY 1 - A man and a woman (both fully clothed) are seen lying in bed and the woman's head is resting on the man's chest. A woman wraps her arms around a man's neck. A man and a woman hug.
► A teen boy's bare chest is seen when he is on a hospital stretcher.

VIOLENCE/GORE 5 - Two police officers approach several masked men stealing electronics and one officer shoots one of the masked men (he believes the man pulls out a gun but it is a crowbar); the masked person drops to the ground and we see blood on his hands.
► A car races down a street, followed by a police car, a boy on a bike rides into the street, we hear a crash and skidding tires and it is implied that the car struck the boy on the bike.
► A woman runs to a police car and bangs her hands on the windshield and we see blood dripping from her nose and a cut on her eye and mouth; she hands a police officer a baby with a small amount of blood visible on a blanket while saying that a man had tried to kill her baby. A woman slaps a man, she then tries to hit him, and the man puts up his arms and a police officer grabs the woman and holds her back.
► A police officer chases a man that was identified as having a gun, the man approaches him and places his gun to the back of the police officer's head, a second police officer with his gun drawn approaches and the man drops his gun; the police officer being held up slams the man against a wall and points his gun to his face. On multiple occasions we see police officers with their weapons drawn chase suspects.
► We see a flashback of a boy being loaded into an ambulance, tubes coming from his nose and mouth and later learn that the boy had been killed. We see an injured teen boy being lifted onto a hospital helicopter. A teen boy is seen, shirt open and chest covered in gauze and blood, on an operating table as we overhear a surgeon explaining that the boy had been shot. We see a nurse leaning over and drawing blood from a man; we do not see the needle or blood. A man is seen being wheeled into a hospital room and it is implied that the man is given an IV and falls asleep. A teen boy is wheeled into an operating room and a woman cries as she watches the gurney. A doctor explains to a man and a woman that a teen boy's health is declining and will need a kidney transplant to survive; we see the boy in a hospital bed, tubes coming from his arms and an oxygen tube going to his nose, seemingly unconscious (he is later seen, fully recovered and sitting in a wheelchair). A man with a patch of blood on his shirt tells another man that he had not meant to kill a baby (presumably he tried to injure the baby by shaking it); we later see the baby being placed in an ambulance.
► A teen boy is convicted of second-degree manslaughter and sentenced to ten years in jail. A boy riding a bike falls over and he gets up, unharmed. A man punches a car steering wheel.
► A man shouts at a teen boy and a woman. A man shouts at a teen boy as a woman watches, the teen shouts back and the man slams his hand on a table, knocking off plates that crash. A man shouts at a teen boy and tells him he "might as well kill" him and the teen tries to calm the man down. A man shouts at a teen boy to wake him up. Two girls shout at one another, a man interrupts them and they stop fighting.
► A man and a woman mention on multiple occasions that they had a child that had been killed by a car. A man says he is a "good shot" and that he has only used his weapon as a police officer three times, and it is "three for three" -- implying he had killed the three people he shot. A man tells another man that he felt like he had died when his son was killed. A woman tells a teen boy that a man is hypothetically dying and the teen boy needs to "save him." An older man tells another man that he had a beer bottle thrown at his head. An older man tells a man that a person had been "kept away" from lynchings and billy clubs -- we briefly see a photograph of a group of people rallying around a police car. Several police officers discuss a series of crimes, including car break-ins, a no-injury car accident, and a series of stores being broken into and burgled. A man tells another man that his son had run away after a serious argument. We overhear a television reporter announce that several violent criminals had been arrested. A teen boy tells a woman that a man is going to "kill him." A girl jokes that if starving children would "kill" for food and hat she would send her dinner to Africa. A woman jokes that she is going to spank a girl.

SUBSTANCE USE - We see two police officers watch a man purchasing a wadded up brown paper bag from a teen boy (it is implied to be drugs) and a man finds a marijuana pipe in a teen boy's room and later confronts the teen, who ignores him. A man drinks from a flask while sitting in a church, on multiple occasions we see a man with a beer in front of him (at a bar and while eating at a table with a woman), and a man pours alcohol from a flask into a cup (he does not drink).

MESSAGE - Life can change in an instant. People must overcome their personal tragedies and prejudices to live life to the fullest. 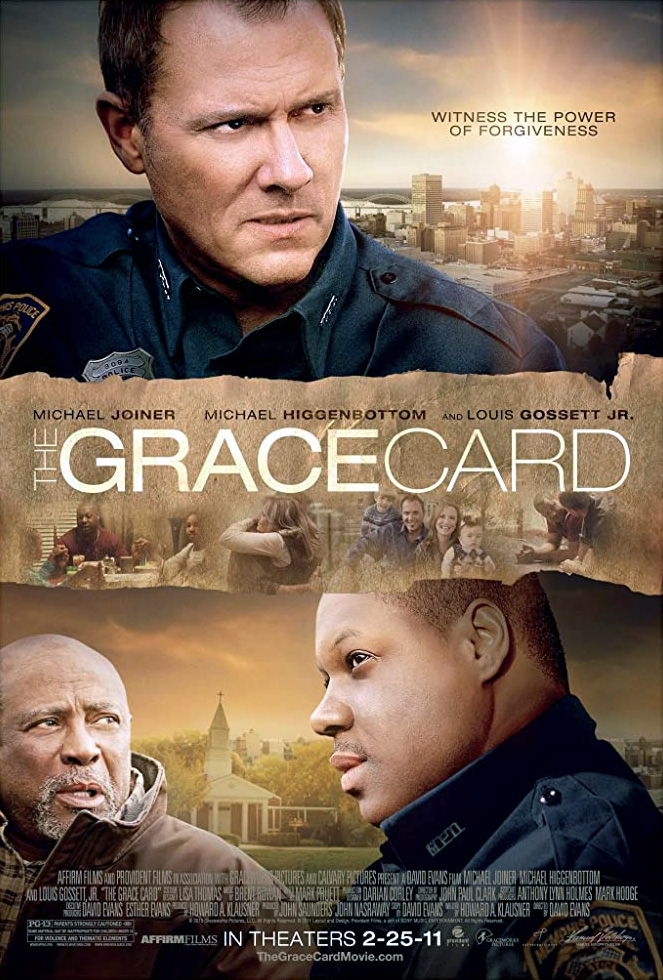