SEX/NUDITY 5 - Some instances of sexual innuendo (including a reference to anal sex) and a few kisses. A man and woman observe at a distance another man and woman kissing passionately, and for awhile the camera cuts back and forth between the two couples. In one of the scenes the woman remove the man's jacket, the man eventually undresses her down to thong underwear (we see a shot of the man touching her nearly completely bare buttocks and we also see the side of her bare breast), and then they fall onto a bed, presumably ready to have intercourse. In the other scene, a woman straddles a car's stick shift to get closer to a man in the driver's seat, says some sexual innuendo, and then they kiss briefly (we see a close-up of his hand touching right below her clothed breast). We hear a woman moaning sexually on the other end of a phone conversation. A woman suggestively licks a man's finger and a woman suggestively licks her lips. We see two unclothed corpses: one's bare chest is visible (a sheet covers the rest of the body) and one is naked (the camera quickly pans the body but we don't see any genitalia, just the side of the leg, hip, and waist). We see a woman wearing a bikini top.

VIOLENCE/GORE 6 - A man hits another man and sends him falling through warehouse rafters to his death (we briefly see the dead body with some bloody facial cuts). A man is shot in the shoulder; we see a bit of blood on his jacket and hands (he's fine in a later scene). Three men are hit and knocked off a platform by a large steel junkyard clamp. A man is handcuffed to the steering wheel of a car, then almost squished to death in a car compactor. A man hangs by his fingers high above the ground. A man hits another man with a car door; a man puts another's head through a car window; a man throws another through a glass window; a few men are punched in the face or stomach (in one scene, a man punches another's face with brass knuckles, resulting in a bloody lip); a few men are kicked (sometimes repeatedly) in the face, chest, groin or leg; a man tries to choke another; and in two scenes a man grabs another's shirt and also pushes him. A little threatening with knives (in one scene a man appears to threaten to cut open a dog) and several instances of threatening with guns (in some scenes gunfire is exchanged but no one is shot, in a couple other scenes a car is shot repeatedly). A few car chase scenes with lots of reckless driving and near crashes; also, a car runs through a lawn sign, a man drives a car through a glass window, a car hits a bus, a car runs into the back of a tractor, a car backs into another car, a car is hit by a wrecking ball that knocks it through a brick wall, and a car runs another car off a parking garage ramp (none of the passengers appears to be hurt after these incidents). A large compressed air tank hits a few cars and flies through a car's windshield, causing it to wreck. A man attaches a truck's towing chain to a car; when the truck starts moving, the car is pulled apart and catches fire briefly (mostly electrical sparks and smoke). Four cars explode after a man ignites one car's gas tank. A man knocks out a car window with a bat. A frying pan on a hot stove catches fire. It's implied a man searches through a dogs feces for car keys.

MESSAGE - Loyalty to family and friends matters most in life. 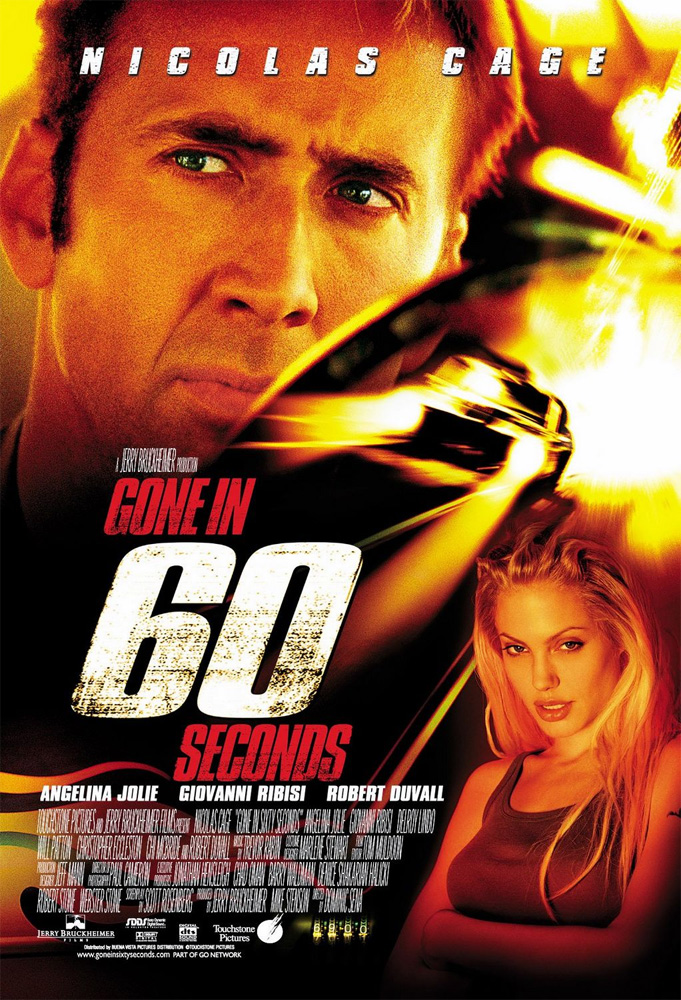