One summer in Glasgow, Scotland an indie-pop musician (Olly Alexander) encourages a psychiatric patient (Emily Browning) in her dream of writing and performing songs. With the help of another singer (Hannah Murray), the friends write an album of music that leads them all to a new stability. Also with Pierre Boulanger. Directed by Stuart Murdoch. [1:51]

SEX/NUDITY 5 - A man leads a woman to the back room of a café and in close-up kisses her in a cupboard and rubs her breast (we do not see it) inside her sweater and over the top of the sweater; later, she tells a female friend, "My cleavage casts a spell over him" (she is very thin and has no cleavage). A man and woman leave a dance hall, holding hands and the camera cuts to a close-up of the woman sitting in a bed with her arms and shoulders outside a quilt, the woman speaks to a reclining man whose arms show over the quilt (sex is implied), and she becomes angry and gets up, showing us her bare back from waist to shoulders as she pulls on a dress and leaves.
► A man attempts to kiss a woman but does not complete the kiss. A man kisses a woman in a hospital room. A woman kisses a man and he stares into space, seemingly stunned. Women in a club scream over a male singer who begins to kiss a woman in the audience, but does not kiss her.
► A woman flirts with her guitarist as they perform: she removes his eyeglasses and puts an arm around him and they dance a tango as the scene ends. A woman in a retail store's dressing room is shown wearing a bra (no cleavage) and we see her bare shoulders, arms and midriff; a man kisses her twice in an embrace when she exits the dressing room wearing a black mini dress that reveals bare arms and partial bare legs to the thigh. A lifeguard tells a woman wearing shorts that he likes her knees. A woman lies in a full bathtub and we see her bare shoulders and arms; in a close-up during a song sequence, a man lifts her arm and rubs a sponge along it (we see a long tattoo of unreadable words on it) while outside the bathroom, a line of men awaits her presence, illustrating the song lyrics and then vanishes. A man and a woman embrace at a bus station as the woman says goodbye.
► A woman tells a male friend that he is too feminine and he does not reply. A woman calls a man "handsome." A man says that a female friend "broke it," meaning that she lost her virginity. A male cyclist wears a T-shirt bearing the words "EAT ME." A man says that many bands' names represent male ejaculate, including 10cc and Pojam.
► An anorexic woman stands in profile in a clinic, wearing a sports bra and panties; her ribs protrude along her emaciated sides and she has no cleavage (we see bare shoulders, midriff, arms and thighs). Several women in club scenes wear mini skirts that reveal most of their legs to the thigh and a few of these women wear patterned pantyhose. A few women wear scoop neck tops that reveal a little cleavage and some bare back. Several women wear loose mini dresses that bare most of their legs to the thighs; one dress is sheer and reveals the woman's panties which reach the waist. Three women in a band wear short-shorts with opaque tights that reveal the curves of legs from ankles to tops of thighs. A male lifeguard wears knee length shorts. Girls on soccer teams wear either knee length shorts or short shorts that reveal their bare legs and thighs. We see a woman's bare arms and shoulders in a swimming pool and then in a locker room, we see her bra (she is very thin, no cleavage) and bare shoulders, arms, midriff and navel. A close-up of a marble statue reveals a nude torso with navel and breasts. In an exercise class, women wear tights and clingy T-shirts and men wear knee-length shorts and T-shirts. Two women wearing bras and short-shorts that reveal their full bare thighs as well as bare shoulders, arms, abdomens and very little cleavage sit on a bed. A woman is shown wearing a long-sleeved shirt and panties that reveal her full thighs as she lies on a couch and he sleeps on the floor wearing a T-shirt and knee-length shorts. A close-up shows the back of a woman's bare legs to the thighs as she dances.

VIOLENCE/GORE 3 - A drummer throws his drumstick into the back of the lead singer's head and the two engage in a fistfight that takes them to the floor in front of the stage and the scene ends. A woman hits a man on the arm and he says, "Ouch!" A woman on a soccer field pretends she is struck in the stomach with the ball and bends over so that she may leave the game. A man tells his overnight date that her music is depressing and is "baby songs" (please see the Sex/Nudity category for more details); she becomes angry and curses as she leaves.
► A woman escapes from a psychiatric hospital where she received treatment for anorexia nervosa; she returns and two nurses force her to her room where the next day, she kneels on her floor and vomits a large yellow pool of orange juice as her psychiatrist says this is normal when beginning to eat again.
► A woman pounds and kicks a male friend's door in her apartment house; he does not answer. About two dozen men and women chase a pop band wildly, wanting to join the band.
► A woman tells friends that she felt a man or a ghost standing beside her bed after she had a session by a healing-tough Christian healer; we see an indistinct figure of a man beside her bed and a voiceover by her says it might have been Jesus. A man says that either God or the god of music decides which pop songs will be famous forever. Two DJs say over the radio that they broke into an old car that had a cassette player in order to listen to a demo tape and were arrested. We hear that a woman has an eating problem and that a man has asthma. A man says that he dreams that he was dead and is going to church to feel better.

SUBSTANCE USE - Two women purchase hallucinogenic pills from two men on a street and go to an apartment where they swallow pills and drink liquor from vodka bottles while one woman sings (we do not see any hallucinations, but a dream sequence shows two women in formal attire pretend-fencing with umbrellas), a doctor tells a patient that she will begin a systematic program to reduce her medication intake, several scenes show a woman counting pills and swallowing one before returning the remainder to the bottle, and a pharmacy includes one full wall of bottles on the sales floor. Men and women drink alcoholic drinks in short and tall plastic glasses in a club, tables contain dozens of glasses of beer and dark ale as well as wine in club and café scenes (no one is shown drinking), a man and a woman drink alcohol from a flask in a park, three men on the shore of a narrow river drink from tall beer cans, two women and a man purchase a bottle of white wine (no one drinks), and a woman says that she drank too much wine and feels like "Tom Sawyer when he was drunk." A man smokes a cigarette in a dance hall. 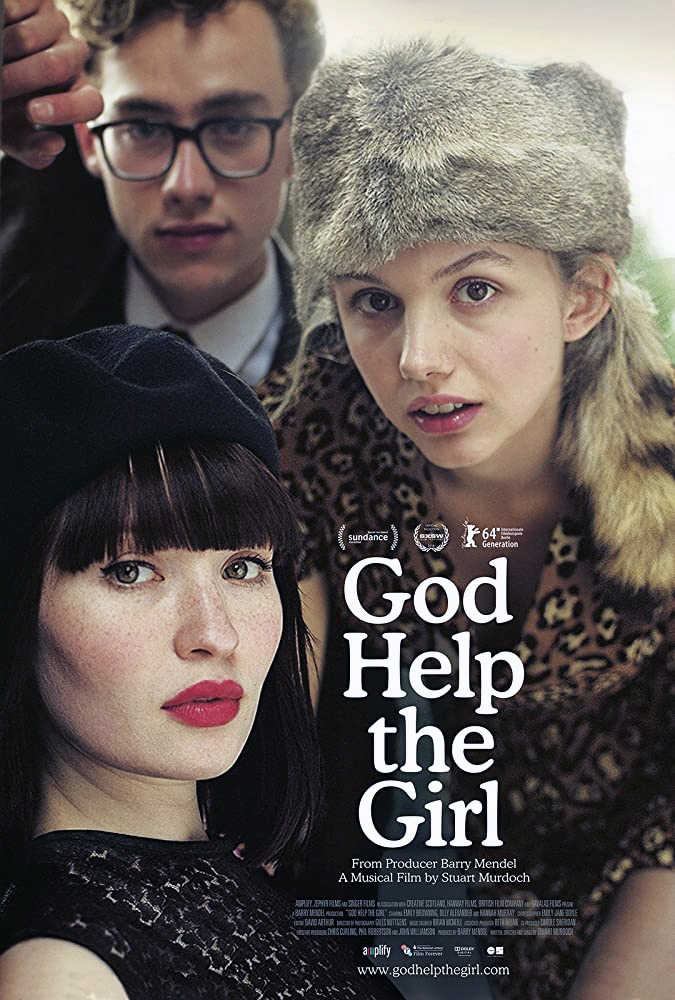