A sister and brother are adopted by a neighbor when their parents die in a car accident. However, their new guardians are actually after the children's $4 million trust. With Leelee Sobieski, Diane Lane, Stellan Skarsgard, Trevor Morgan and Bruce Dern. [1:46]

VIOLENCE/GORE 6 - A young woman in a blood stained dress screams and runs down a hall trying to get away from a man wearing a mask and carrying a machete-like weapon. The masked man swings the machete and nearly hits her, she backs into a blood soaked corpse and screams and the masked man punches through a window behind her and grabs her (these are scenes from a movie that a group of young women are watching). High school students watch a driver's education film which shows gruesome scenes of bloody corpses after traffic accidents. A man shoves another man into a man holding a knife; he is stabbed in the abdomen and falls to the ground. A young woman drives a car toward a man standing in a road, hits him, sends him flying up into the windshield and he rolls back onto the road. A young woman wakes up to find a dead woman in her bed; the woman is tinged blue with her eyes open and milky. A dead man is shown twisted and bloody at the scene of a car accident, and a bloody sheet is pulled over a corpse. A young woman runs away from a man who grabs her, hits her in the face, drags her by the feet across a floor, pins her down, and a woman gives her an injection which knocks her out. A car without brakes speeds down a winding road ramming into the back of another car, pushing it into an oncoming truck (the car explodes into dust) and the first car flies through a cement barricade and over an embankment. A man grabs a boy and a young woman by the hair and tosses them down a basement staircase. A man is dragged out of his house, taped around the wrists and mouth and shoved into a car. There are several flashes of a car accident with the occupants of the car screaming and the car flying off a cliff (a young woman imagines what must have happened). A very bloody and scratched up man limps toward a car. A man is slammed against a window and we see his face pressed against the glass from the outside (he's being threatened by two men), a man punches a police officer in the face, a young woman hits a man in the head with a dish, a young woman kicks a man in the crotch, a woman bangs her head against a wall in frustration, and a young woman spits in a man's face. A man breaks a telephone and a glass sending shrapnel across the room. A man drives recklessly swerving on a wet road and almost runs head on into oncoming traffic, and a young woman drives recklessly swerving on a wet road and running a red light almost getting hit by a truck. A woman injects herself (off-screen) with a drug and we see her stumbling toward some stairs. A couple of tense scenes show a young woman sneaking into a man and woman's bedroom and while trying to take their car keys drops them and wakes the man, a boy takes some keys from under a sleeping man's hand, a young woman and a boy hide under a bed. A man and woman argue bitterly. Two police officers tell a young woman that her parents have been killed in a car accident, whereupon she collapses.

SUBSTANCE USE - Drug and alcohol use: A woman is shown to be addicted to prescription drugs and we see her doped up several times. A man is shown drinking alcohol frequently. A young woman is drugged and is shown sleeping for a long time. A woman gives a young woman a pill to relieve menstrual cramps and we see her in a state of euphoria. A group of young women are seen smoking.

MESSAGE - To see what is the most obvious is sometimes the most difficult thing. 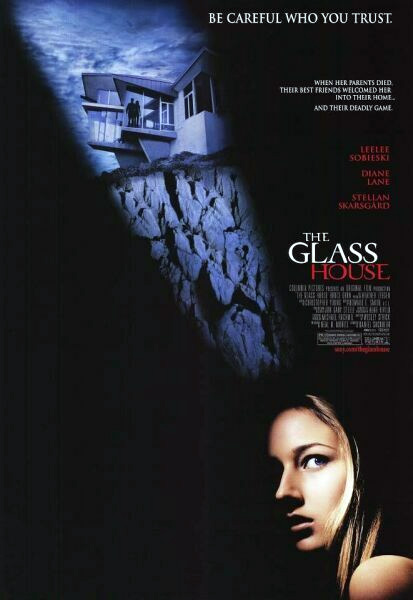