A woman (Kristen Wiig) copes with a series of disappointments, including having to move back home. Also with Annette Bening, Matt Dillon and Darren Criss. Directed by Shair Springer Berman and Robert Pulcini. [1:43]

SEX/NUDITY 5 - A woman kisses a young man as we see the young man laying the woman down on a bed and taking off her shirt (we see her wearing brief-style underwear and a bra) and then his own shirt (his bare back is visible); the young man kisses the woman's neck and chest, she interrupts and asks the young man if he had previously had sex on the sheets, the young man remarks "only with myself" and continues kissing her; we hear sexual moaning, implying sex, but do not see anything until the next morning when the woman's mother walks into the room to find the young man with the woman, and the woman gets out of bed, wrapping a sheet around her; the mother asks the young man if he had sex with her adult daughter, and then mouths, "Thank you."
► A woman opens a door and sees a fully clothed young man and fully clothed young woman on a bed, kissing passionately; the woman shouts at the young man and the young woman stands up and runs away; the woman later teases the young man, saying that she had walked in on him "Doing it."
► A woman knocks on a door and the woman who answers is wearing a low-cut, cleavage exposing nightgown with built-in bra; we see a man in the background with a button-up shirt open (a portion of his bare chest is visible) and wearing boxer-brief style underwear. A young man takes off his pants in a dressing room and a woman is obviously uncomfortable but tries to act casual; the young man is wearing boxer briefs and the woman looks away as the young man takes off his shirt (we see his bare chest and back) before putting on another shirt moments later. We see people wearing bathing suits on a pier (men's bare backs and chests are visible), women wear torso and cleavage-bearing bikinis and a woman's cleavage is seen when she is wearing a bikini with a low-cut bathing suit cover. A woman wears a short skirt and her shirt tied at her torso as part of a costume (we see a portion of her bare torso). As part of a costume, a woman wears a cleavage-exposing corset on stage.
► A man kisses a woman passionately, while smacking her on the backside. A man kisses a woman, in front of the woman's adult son and adult daughter, and then smacks the woman twice on the backside playfully. A woman and a man kiss. A woman hugs a young man. Women kiss on the cheek in greeting.
► We see a woman bent over, her backside grinding into a man's crotch, as they dance on a bar. We see a woman dancing suggestively with two different men at a bar; she is then seen dancing sensually with a young man and they are very close; their faces almost touch and moments later, we see them with their arms around one another sitting on a bench.
► We see the bare torso of a young woman while lying on a bar with her shirt gathered up, as a woman takes a shot of liquor from her stomach (please see the Substance Use category for more details) and then takes a lime slice from the young woman's mouth.
► A woman asks her mother if she was having sex the previous night and her mother giggles in agreement; the woman then asks if she was "getting spanked" and the woman says yes, and asks her adult daughter if she has ever been spanked during sex; she says yes and then acts disgusted and changes the subject after her mother mentions that she has a very happy sex life. A woman tells a man that her boyfriend is planning on having sex with another woman. As a scheme to pick up a woman for her brother, a woman tells another woman that she is sexually attracted to her brother, in order to prompt jealousy. A man tells his sister that he wishes a woman would have an affair with him. A woman tells a man that she had received a phone call while she was naked. A woman advises her adult daughter that her underwear is visible (we do not see the woman's underwear). A woman asks her father if her mother had been a stripper, and the older man corrects her, saying that she was a "Go-Go dancer." A group of young men sing along to a song with the lyrics, "Are you sexual?" while pantomiming grabbing their crotches.

SUBSTANCE USE - We see women and men at a bar where one woman drinks a liquor drink rapidly after ordering it from a young man and we then see the woman obviously intoxicated after she drinks additional alcoholic drinks, a woman takes a liquor shot from a woman's stomach, a woman wakes up after getting drunk and is obviously hung over, a woman drinks multiple glasses of wine rapidly, an older woman asks a woman's brother if the woman has a drinking problem and the man replies that she has only been drinking for two days, and we see men and women drinking champagne and wine at parties.

MESSAGE - Families can be strange but are irreplaceable. 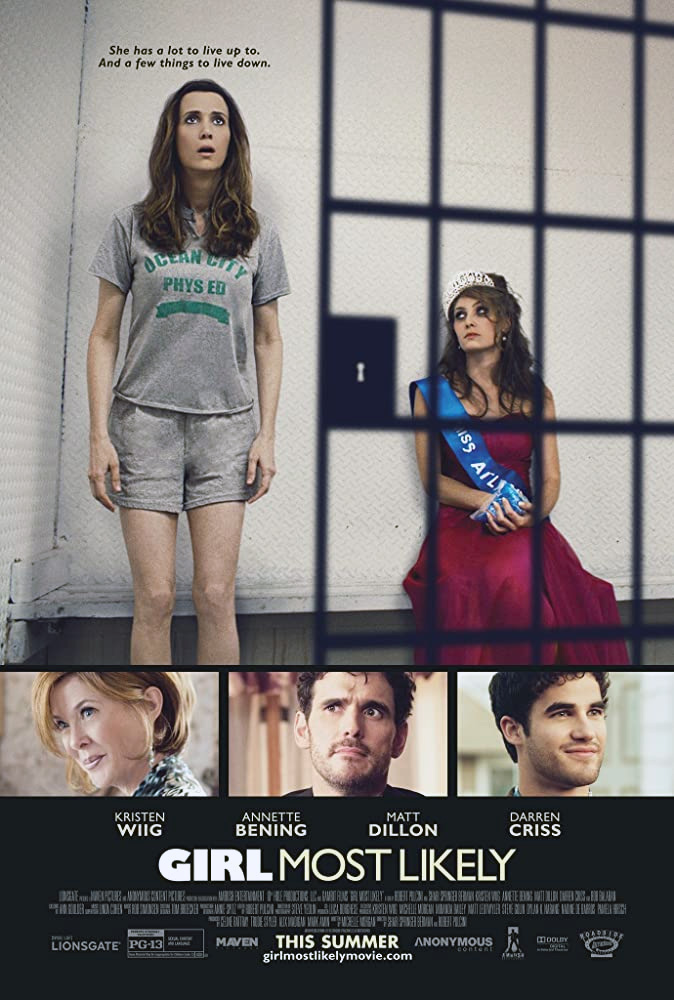