SEX/NUDITY 7 - Some sexual innuendo (including references to masturbation and a woman's infidelity) and a kiss. A couple kiss passionately and rub each other's clothed bodies while standing in a room in a country club; the woman talks about them having sex there, although we don't see if they do. A woman begins to undress in front of a man (she opens her shirt and we see her bare breasts); it appears they will have sex, but then they don't. We see a woman's cleavage, a female corpse's bare breasts, and a woman's bare breasts through her open shirt when she falls backwards.

VIOLENCE/GORE 9 - A bound-and-gagged person is beaten with a strap (lots of blood is visible on the person's face, as well as the attacker's shirt), then doused with gasoline and set on fire (we see the person engulfed in flames); someone trying to intervene is also hit with the strap. A person wakes up and is seemingly being choked (it's only a vision, but we don't realize it initially); a man pulls his wife's hair and also shoves and drags her from a house while pushing another person away from them; a woman slips and falls down while trying to protect a woman from her abusive husband; a man punches another in the face; a man punches a woman in the stomach and she falls to her knees; a man slaps a woman; a man slaps a woman and she falls, hitting her head on a car; two scuffles between a man and woman: in one scene he chokes her, and in the other he knocks her down with a blow to the head; a woman hits a man with a metal wastebasket, then he hits her in the head with a flashlight and she falls to her knees (we see lots of blood dripping down her face); two other people are also hit in the head with a flashlight (one person has some blood on her face); a man threatens to slit a woman's belly open; a man throws a hat at a boy's head and threatens his mother; and a gun is held to a person's head in two different scenes. A person sees a vision of a windshield shattering, blood, and an object hitting a woman who then falls; also, in another vision a woman is hit with an object and groans. A woman tries to shut a door on a man to get him to leave her house, and he pushes the door open against her. A person shatters a truck's windows and doors with a bat while two people are inside of it. Two people in a car nearly hit their heads on the dashboard when the driver slams on the brakes. A person jumps up in a courtroom and begins yelling, causing an unexpected commotion; also, a man hits the table across from a woman and yells at her. A corpse is pulled up from pond (one eye is closed and bruised so much that it almost appears to be missing); a corpse with a disfigured eye is in a bathtub and then unexpectedly in a hallway (both instances are visions); and twice we see a chained corpse floating in water (one instance is a vision, where the corpse also startlingly opens an eye). We see a woman with a bruised lip and a swollen, bruised eye; a boy with a bruised eye; a man with a slight cut on his forehead; a man with bloody scratches on his arm; and a woman with facial bruises and bloody cuts (we also see a close-up of a bloody cut on her eyebrow). We see blood dripping on a chair, lots of blood dripping in a sink, and blood on a towel. A man fiddles a violin at an inhuman speed (this is a very eerie image). Many "jump" scenes where nothing scary is actually seen or done, but we don't expect to see someone/something there.

MESSAGE - Things aren't always as they seem; look beneath the surface. 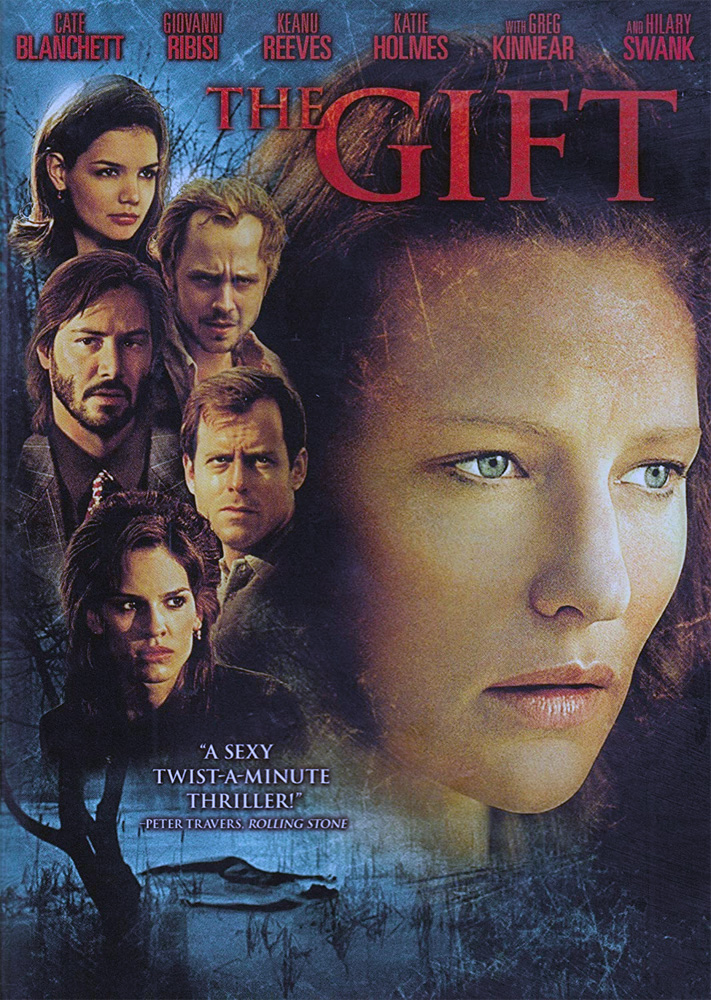