Based on the graphic novel chronicling the life of French singer Serge Gainsbourg (Eric Elmosnino), it covers his childhood growing up in Nazi-occupied Paris, his torrid love affairs with many women and his wildly successful song-writing years, all with a touch of fantasy. Also with Lucy Gordon, Laetitia Casta, Anna Mouglalis and Sara Forestier. Directed by Joann Sfar. In French, Russian and English with English subtitles. [2:01]

VIOLENCE/GORE 3 - A large puppet-headed caricature of a man angrily smashes a man's painting against a chair as the man watches; the caricature then sets himself on fire and catches a collection of paintings on fire, we see the man struggle to put out the fire and later see the man standing in a burnt-out apartment with the caricature puppet singed and burnt but still "alive."
► An older man shouts at a man, lunges toward him and we see another man shove him away. A man and two young girls are seen playing with a mannequin on the ground; the man then shoots the mannequin in the face after telling a woman that the mannequin is ill. A woman hits her young son on the head. A man waves a gun at a caricature puppet of himself and the puppet takes the gun from the man. A man waves around a gun in the back of a car in a non-threatening manner, jokingly saying that he would shoot a man if he touched his wife, and the driver of the car tells the man to put away the gun. Three boys shout and hit one another as a man watches.
► A boy tells a story to two girls as we see an animated man's head begin to get larger and larger until it explodes and a man emerges from the ruins of the exploded balloon head. We see a large puppet-balloon headed man chase a boy for a few moments until the boy befriends the large puppet-balloon headed man. A boy plays with a toy gun, taking aim at a large puppet-balloon headed man; he does not fire.
► An elderly man slumps over while he plays the piano, and we later see him lying on the ground as his adult son pulls a sheet over his dead body. A young woman pulls a man out of a street as he is about to be hit by a car racing down a street and the young woman tells the man that she had saved his life. A woman screams when she finds a man lying on a street and she says that the man would be run over.
► A man appears very weak and ill: he is loaded into an ambulance after telling another man that he would die if he went on a stretcher and we later see the man in a hospital bed; a woman tells the man, "It is benign" and that he needs to improve his health. A man tells multiple reporters that he had a coronary; the man is later seen fully recovered. A man dramatically tells a young woman that he will throw himself into a canal and drown. A man tells his young daughters that he had a brother who had died before he was born. An older woman tells a boy that her son had died after being starved to death by his nurse. A man tells another man and a woman that several children had been orphaned when their parents were killed in a concentration camp. On multiple occasions we hear various people, children and men and women, singing the French national anthem which has lines about blood, blood shed everywhere, and a person killing their sons, family and kin. A man stumbles as he walks into a room filled with children.
► A man shouts at his young son and then his wife. A man shouts at a boy. A man shouts at his wife. A man shouts at his two young daughters. A woman shouts at a man in front of their two young daughters. A man shouts and acts manically as he rides in the back of a police bus with two policemen and a woman. A man yelps after being surprised by an imaginary caricatured puppet man with a large nose, ears and spindly fingers. A female shopkeeper shouts at a boy and shoves him out of a shop. A man exclaims, "I would rather die" than write songs for a teen girl. A man sings an unflattering song about his former wife, calling her a hippo-dame and making fun of her weight. A girl teases her sister, telling their father that the girl urinates on a carpet after the girl tells the man that she does not like to get up to go to the bathroom at night.
► A man drops a glass, picks up the pieces of glass and a woman kisses a small amount of blood on his hand. As part of a pantomime, a man spits out coffee into a cup and then serves the coffee to a man.

SUBSTANCE USE - A boy and two women sing a song about doing cocaine, and a boy sings about cocaine and his mother shouts at him. Men and women are seen drinking alcohol frequently and on two occasions we see a man drinking to the point of drunkenness when he passes out, an older woman offers to buy a young boy and a woman a drink, a woman warns a man that he needs to stop smoking and drinking, a man tells reporters that he is going to increase his consumption of alcohol and cigarettes, a boy tells a man that his father works in a bar, and we see men and women in multiple bar scenes throughout the movie. Throughout the film we see men and women smoking cigarettes almost constantly, boys of various young ages are seen smoking cigarettes, a man and a boy smoke cigarettes together and another man remarks that the man is "corrupting the youth," we see a man smoking cigarettes with three young boys, and a cartoon fish is seen smoking a cigarette.

MESSAGE - Life can lead to a lot of artistic inspiration. 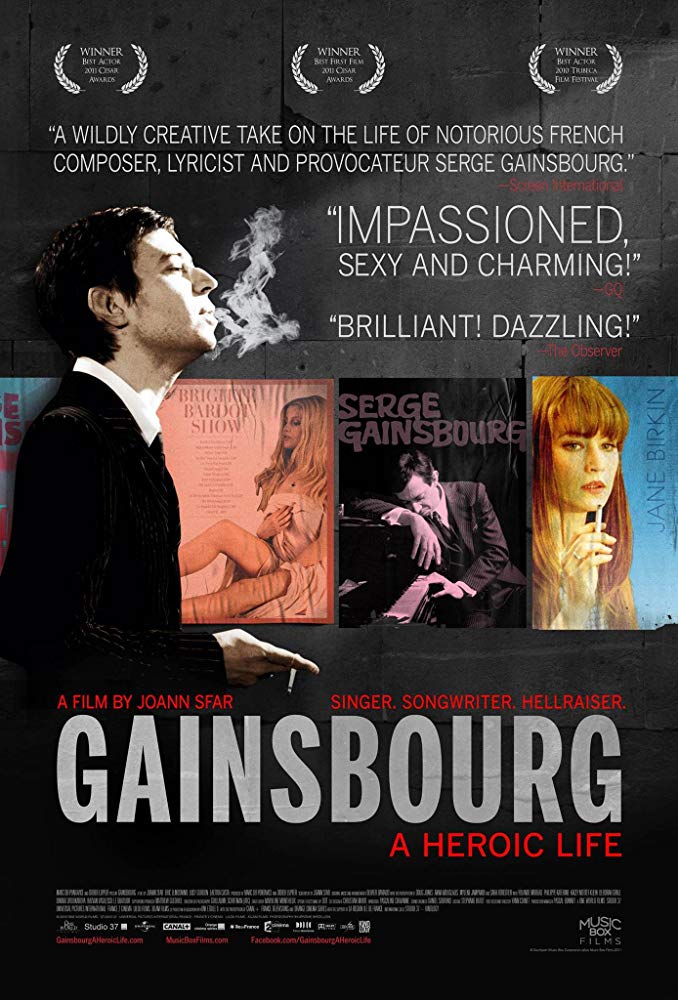