A grieving mother (Julianne Moore), whose 9-year-old son died in an airplane crash, seeks the help of a psychiatrist (Gary Sinise) to cope with the pain of her loss. People around her, including her husband, behave as if she has imagined a past with a son that never really existed. When she meets another man (Dominic West) who has memories of his own lost daughter, the two team up in a desperate attempt to uncover the truth behind what appears to be a case of mass kidnapping. Also with Alfre Woodard and Anthony Edwards. Directed by Joseph Ruben. [1:31]

SEX/NUDITY 3 - A man asks a woman (not his wife) to come home with him (she refuses). A psychiatrist asks his patient, "how is the sex?" (implying with her husband). A married couple lies in bed to sleep. A man and a woman (not married to each other) lie in bed to sleep and the man places his arm across her waist. A woman removes her clothes to sleep with a man (not her husband), and he watches her (we see her in a teddy and panties that reveal part of her bare buttock). A woman goes to a man's apartment (not her husband) where she puts him to bed (he is in a drunken stupor). A woman wears low-cut tops that reveal cleavage. A man and a woman hug.

VIOLENCE/GORE 4 - Two men struggle and fight, they fall back through a window breaking it, and fall toward the ground below. A man hits a man over the head with a fireplace poker, we then see the injured man with blood on his forehead and he is tied to a chair where a man and a woman interrogate him (they both hit him in the face and one threatens him with the poker). A woman shoots a man in the back, leg and shoulder, we see blood splatter then hear squishing as the holes close up again. A man and a woman driving in a car are hit hard from the side by another car, they get out and run, they are chased by several men with guns, and they hide in tall grass. A man drives a car and hits a pedestrian who is thrown into a gas pump (we see the person thrown into the air and the gas pump is dented). A woman is thrown into the air and far into the distance, and a man is thrown through a roof breaking it to pieces and is send far into the distance too. A woman is held by the throat, she gags and gasps and she falls to the floor nearly unconscious. A cabin appears to explode with three people inside (two are uninjured and the other disappears). A man yells loudly, his face appears distorted and the glass windows around him shatter. A man struggles with two men, kicks out a car window, and punches and fights the two men. A woman runs through alleys and along streets while being chased by a man. A woman races away in a car, and a man chases after her and alongside the car until he can no longer keep up. A woman yells at her husband and throws a framed photo on the floor breaking the glass. A woman panics, yells at her husband and runs away. A woman tears at a wall covering with a knife. We hear in many scenes about a boy having died in an airplane crash. We read in a newspaper article that an airplane crash killed a number of children. We see a newborn baby covered with goo in a delivery room. We hear that a child was stillborn and that the mother almost died during delivery. A man throws a table through a plate glass window shattering it. A woman chases a boy through darkened hallways. Police take a woman away in handcuffs. A woman pours a bucket of ice water over a sleeping man's head, and he wakes up yelling.

SUBSTANCE USE - People are shown drinking alcohol sometimes to the point of intoxication.

MESSAGE - Do not believe what people tell you if you really, really feel that it is not right. The relationship and connection between a mother and a child is hard to break. 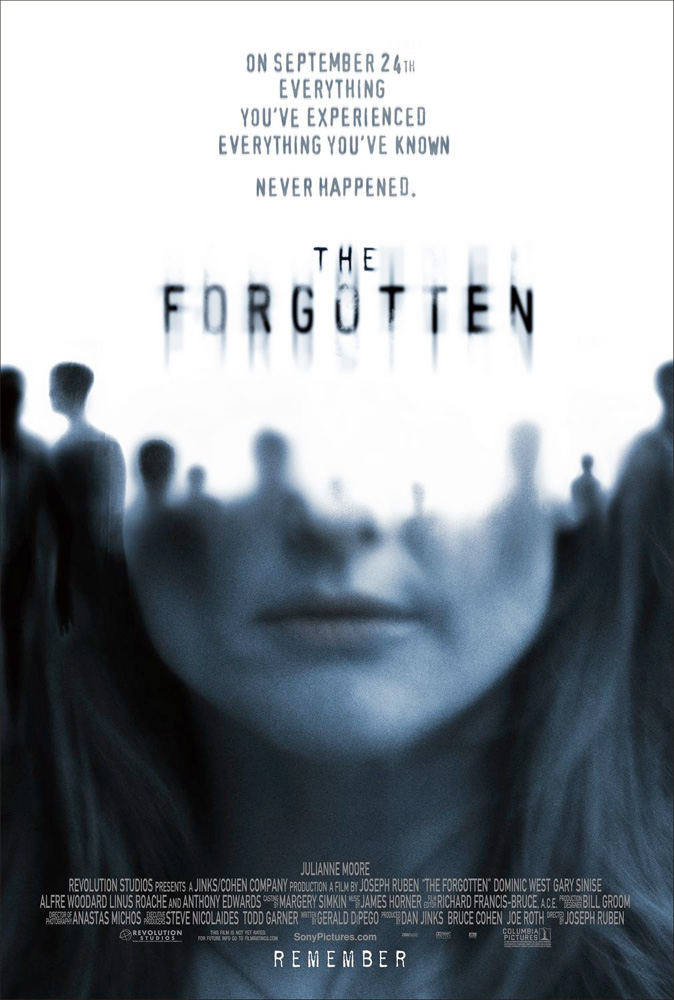