Why is “Ford v Ferrari” rated PG-13? The MPAA rating has been assigned for “some language and peril.” The Kids-In-Mind.com evaluation includes a couple of kissing scenes, discussions of sex used to sell cars, and cleavage revealing outfits; several high speed racing sequences with some crashes on tracks and roadways that leave vehicles in flames with implications of death or injury of the drivers; and at least 2 F-words and other strong language. Read our parents’ guide below for details on sexual content, violence & strong language.” An American car designer (Matt Damon) and a British mechanic and driver (Christian Bale) develop the famous Ford GT40 Mark II in 1966 to beat the indomitable Team Ferrari in the 24 Hours of Le Mans race. Also with Jon Bernthal, Caitriona Balfe, Tracy Letts, Josh Lucas, Noah Jupe, Remo Girone and Ray McKinnon. Directed by James Mangold. Several lines of dialogue are spoken in Italian with either translators or English subtitles and a few Italian phrases are spoken without translation. [Running Time: 2:30]

– A man and a woman kiss briefly in two scenes and in a third scene they dance to slow music, embrace, and kiss for several seconds in a long shot. A man and a woman are shown in bed under covers (they are clothed) and no sexual activity occurs.
► A few slides show women wearing thin-strap tops that reveal bare shoulders and cleavage; a man presenting the slides says soldiers in 1945 came back to America and had sex to produce the Baby Boomers, and now sex helps sell cars. A man says racecars are sexy.
► Three women wearing bikinis are seen from the waist up for a few seconds revealing cleavage and bare abdomens. In two scenes, a woman wears short-shorts, baring her legs to the top of her thighs. A blurry image of a cartoon pinup girl shows her from the waist up, with a strapless top that reveals cleavage. A billboard includes a female toddler seen from the back with bare buttocks revealed by a dog pulling down her sun-suit panties.

– A man swallows a pill from an unmarked prescription bottle in four scenes. We see three empty beer bottles on a counter and a bottle cap beside a man’s pillow as he sleeps, several men and women at a party hold beer bottles (we do not see anyone drinking), a man and a woman sip from bottles of beer in a mechanic’s garage, five men hold beer bottles and two of the men sip the beer, a drunken man stumbles and sings off key, a man at a race track at night holds a beer bottle and does not drink it, a man pours a short glass of Johnny Walker and sips it, someone holds a glass of scotch, a table at an auto show holds mixed martinis, and a man pours a short glass of vodka in his home and does not drink. Several men in a reporter’s booth at a race smoke cigarettes, a few men on a pit crew smoke cigarettes at a race, a woman has an ashtray near her at home with a cigarette smoldering but she does not smoke it, a couple of men in an office smoke cigarettes, and two men smoke cigarettes at a business meeting.

– Overcoming opposition, politics, and exploitation in the Ford Company, Carroll Shelby and Ken Miles developed the only American car to win at Le Mans. 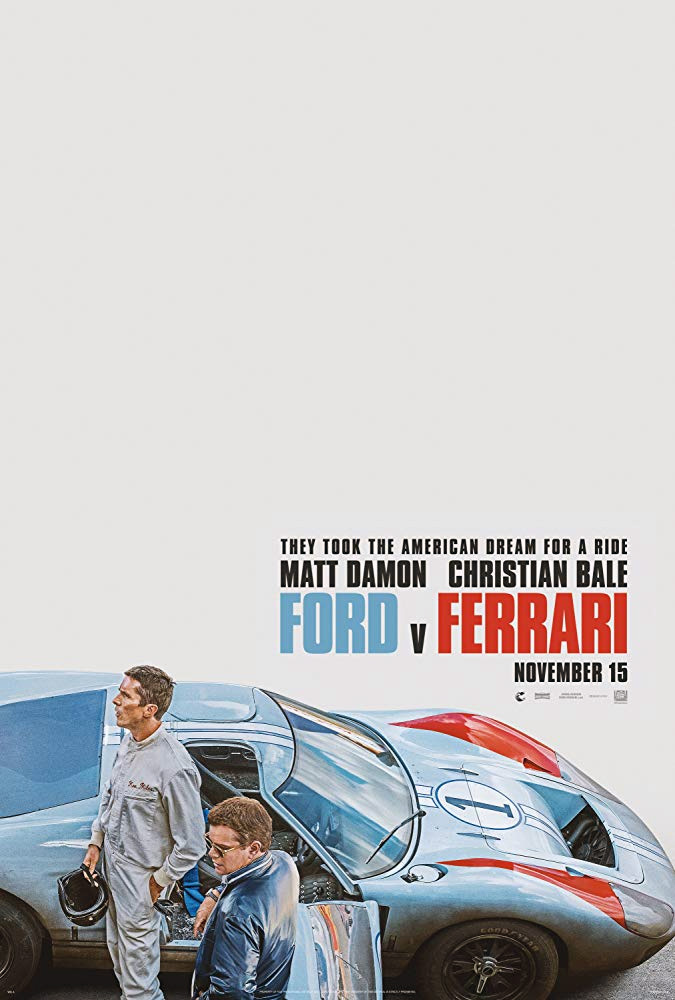