College rivals (Lauren Miller and Ari Graynor) move in together when they find a fancy Gramercy Park apartment available. One of them runs a phone sex line and when the other loses her job, the women go into the business together. But as they add a website and film a commercial, they run into humorous ramifications. Also with Seth Rogen, Justin Long, Mimi Rogers, Nia Vardalos, Mark Webber and James Wolk. Directed by Jamie Travis. [1:26]

VIOLENCE/GORE 4 - After drinking at a fraternity party a man vomits and we see goo hit the ground. After a fraternity party a woman gets a ride with a friend and urinates into a large drinking cup below screen while in the car (we hear the urination); when she holds up the cup, she accidentally dumps the urine on the driver and the driver slams on the brakes and screams for her to get out of the car. In two scenes one woman says she has to urinate and in the first scene, we see her sit on a toilet (below screen) and we hear urination as she talks to her roommate, who is standing at the mirror to apply makeup. A man and a woman brush their teeth and spit into a sink several times.
► A woman tells another woman's parents about their daughter's phone sex business; the parents are surprised and outraged and they criticize their daughter on a visit to her apartment and leave hastily. Two phone sex operators argue with a third operator; the third woman pulls out a crucifix necklace and says she intends to break up phone sex businesses on moral grounds, until the other operators fire her after shouting at her.
► A woman argues with her landlord about raising the rent. Two women considering sharing an apartment have a long argument before they agree to live together and we hear that the grandmother of one of the women died in one of the bedrooms. Two women have several loud arguments about what type of work each should do.
► We hear several comments about sex and masturbation being messy and that people should wash their hands afterwards. We hear that a man left Italy because his relationship with a Sicilian woman was too violent, involving shouting and face slapping. In two scenes, men mention defecating while having phone sex.
► After drinking at a fraternity party, men and women fall down steps and into a front yard but are unharmed.

SUBSTANCE USE - A woman receives a marijuana cigarette in a greeting card and smiles and she later tells her roommate that she smoked the whole thing as she eats popcorn ravenously. Men and women at a fraternity party drink beer and fall down steps, a woman and a man each drink an energy drink, three bar scenes feature a bar in the blurry background with open beer bottles and glasses with mixed drinks and men and women are seen drinking, a bottle of wine is shown on a kitchen counter in a home, friends at home drink wine from glasses, people seated along a bar in a tavern drink from bottles and glasses of beer and mixed drinks, and a man and a woman sit on a couch in a bar after drinking and they slur their words slightly. A man smokes several cigarettes.

MESSAGE - Long-term relationships are important and it's OK to be a virgin. 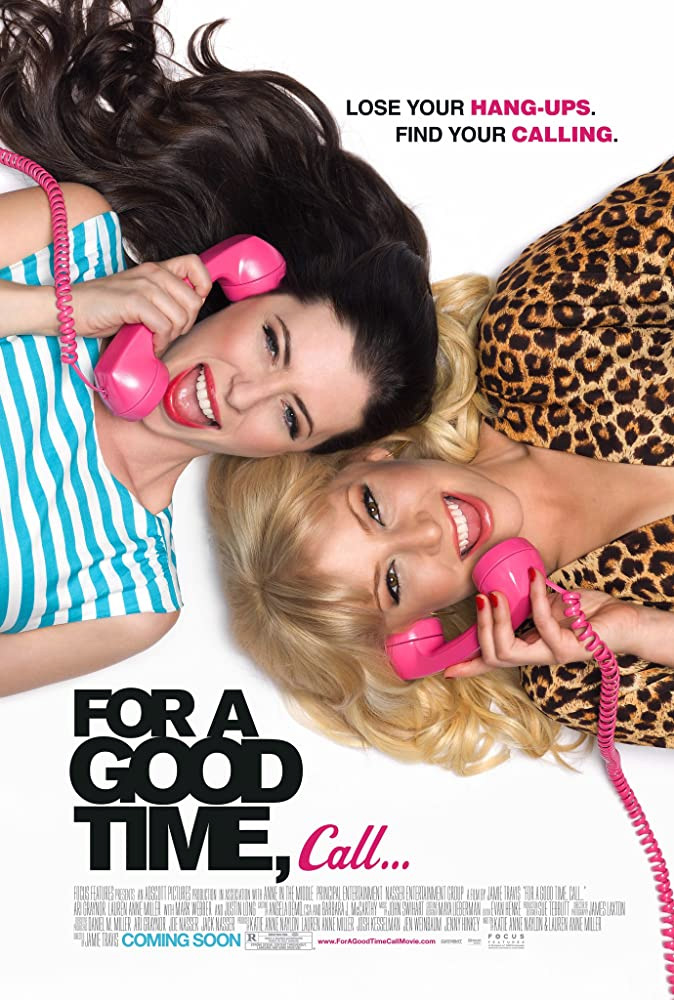