Inspired by true stories, about the beginning of aerial warfare during WWI: By 1917 France and England are losing the war against Germany and altruistic young Americans volunteer to fight for the French. Some join the nascent air force and engage in deadly dogfights. With James Franco, Jean Reno, David Ellison, Martin Henderson and Jennifer Decker. Directed by Tony Bill. [2:14]

SEX/NUDITY 3 - A man wakes up surrounded by scantily clad women (he is in a brothel and the women's outfits reveal cleavage and bare shoulders).
► A woman asks a man to take off his pants, he removes his suspenders and lowers his pants (we see his underwear), and she bandages a wound on his leg (we see a bit of blood). A man is bare-chested during a boxing match.
► A man and a woman kiss and hug goodbye, another man and a woman kiss and hug goodbye, and a man kisses a woman's hand in a few scenes.
► A man touches a woman's face tenderly and they kiss. A man flirts with a woman in a few scenes.

VIOLENCE/GORE 7 - Three men try to free a man who is trapped under a plane wing while being shot at, and two are shot and killed while the third uses a shovel to cut the trapped man's hand off (we just see the shovel come down and hear a scream).
► Planes fire on civilians who are walking on a road during an evacuation (we see people being thrown through the air after explosions, and also being riddled with bullets).
► A plane is chased by two other planes and then a third one joins the chase; one plane takes the wings off another, two planes play chicken, flying straight toward each other and shooting, and one pilot is shot repeatedly (he flinches, blood spurts and we see blood in his mouth). Two planes fly toward each other firing, one pilot is shot in the arm, and the other is shot repeatedly (he slumps over, and the plane falls from the sky and crashes into the ground with an explosion). During an aerial battle a plane is shot, it smokes and spins downward; the pilot of another plane is shot, slumps over his control as that plane falls from the sky too.
► A plane is shot, it catches fire, the pilot begins to burn, and he shoots himself in the head (we hear the gunshot). A plane is shot from another plane that's below it, and the bullet strikes the pilot through the chin (we see blood spurt and the pilot slumps). A plane is shot from the air, it crash-lands, flips over, the pilot becomes trapped with his hand under the wing and he is shot by enemy soldiers. A pilot is shot in the neck during a battle sequence and blood spurts from the wound (he survives but he is shell-shocked).
► A plane is shot repeatedly and the pilot is shot through the back (we see blood spurt, the pilot slumps) and the plane falls from the sky. A plane stalls while flying, the pilot lands the plane hard, gets out of his plane and is shot in the back as he runs. A pilot flies his plane into the air and then dives into a zeppelin, causing a huge explosion and fire. Planes engage each other mid-air, gunfire is exchanged, one plane is shot at, the gunner is shot, and the plane is disabled and falls from the sky in flames. Two planes crash together and explode. A zeppelin is fired on repeatedly (we see men inside the zeppelin being shot and falling to the floor). We see newsreels of battle scenes with men being gunned down or lying dead on the ground. We hear that a German zeppelin is heading toward Paris to bomb the city, planes engage the planes flying around the zeppelin and aircraft of various types are shot down, some in flames.
► A man and a woman run as they are being shot at by soldiers; they climb into a plane and taxi away and the woman is shot in the shoulder (blood spurts). A plane runs out of gas and crashes into trees (the two men in the plane are slightly injured). A plane catches fire and explodes. Planes fly over a bombed-out city, they encounter opposing airplanes, they are shot at from the ground and the other planes, and the planes dodge each other and the bullets.
► During a boxing match many punches are thrown and one man appears to be dazed by the blows. A man punches another man in the face for making a racist remark and rubbing his head. A man in shock sweats, quakes and mutters, and another man slaps him in the face trying to get him to snap out of it.
► We see many wounded men lined up alongside a train depot (one man is missing his arm and another his leg from the knee down and others have blood stained bandages on their wounds). Bombs are dropped on a munition depot causing many large explosions. The WWI German army marches through the French countryside, with armed soldiers and tanks. We see a city being evacuated.
► German soldiers break into a French woman's home, and she runs and hides. A man accused of being a spy is threatened with death.
► A man talks about what happens to a pilot if his plane catches fire and offers him a gun in order to commit suicide in that eventuality. We are told that the life expectancy of airmen is 3-6 weeks. We hear about the German army's advance on Paris. We read that 9 million people died in World War I. We hear that the parents of three young children were killed in an explosion and fire. We hear that a man robbed a bank using a toy gun. A man tells a man that he has never seen an African-American man before and that he heard that it was good luck to rub their heads.
► Men take target practice. A lion growls, jumps on a man, knocks him to the floor and licks him. A man doing tricks on a horse falls off and lands hard on the ground (he's OK).
► A man refuses to room with an African-American man, saying that it would be like sharing a room with one of his servants.
► A man urinates in an outdoor urinal (we hear the trickle as another man tries to ask him for directions, not realizing what the man is doing). A man vomits (we see goo and hear gagging).

SUBSTANCE USE - Men drink alcohol and smoke cigarettes in many bar scenes, a man drinks from a flask to forget his experiences in war, and two men share cognac.

MESSAGE - Some wars are not won, they just end up leaving death and destruction and it's all for naught; WWI was one of these wars. 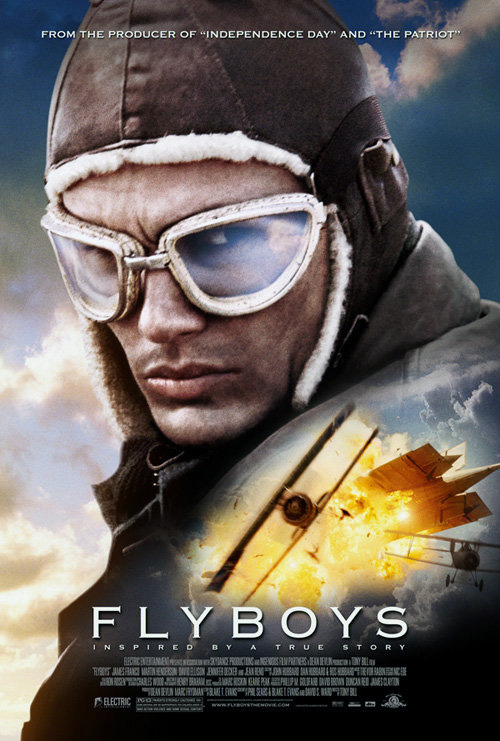