Dennis Quaid stars as a pilot who transports oil drilling gear and crews. His current trip takes him to the Gobi desert where he is to shut down a drilling operation and bring the crew home. Mid-flight however, they encounter an enormous sandstorm that wreaks havoc on their controls and navigation systems, and they crash, with no way of communicating with anyone. Now they must figure out a way to survive while waiting to be rescued. Also with Giovanni Ribisi, Miranda Otto, Hugh Laurie and Jared Padalecki. Directed by John Moore. [1:50]

SEX/NUDITY 1 - A woman kisses a man on the cheek. A man says, "I like to have something strapped to my lap." Men are bare-chested in several scenes. We see a photograph of a woman in a tank top, revealing cleavage and bare shoulders.

VIOLENCE/GORE 6 - We see a man's body in boxer shorts and with bloody holes in his back, and we are told that someone has used him for target practice. A man pulls a gun and shoots another man in the chest (the man is thrown into the air and we see a large bloody wound on his chest); another man shoots and kills three three other men. People try to help a wounded man, their hands are covered in blood, and he goes limp and people grieve. A man shoots a wounded man in the head. A plane flies into a huge sandstorm: its aerial antenna is pulled off, passengers are thrown and jostled violently in their seats, the plane dips and a man is thrown into the ceiling of the plane then slammed to the floor, one engine catches fire, a propeller comes off and cuts into the side of the plane, the plane spins and plummets and clips a mountain peak, cargo falls out, and a man slips and falls out too (we see him hit the ground below); eventually the plane crashes onto the ground and continues sliding along the sand for some distance and we see two dead men with bloody faces. A man trips over a rock, tumbles down a hill, hurts his arm, becomes disoriented, the wind picks up and we see him later dead and buried to the waist in sand and part of the skin on his face appears to have been blown away by the sandstorm. Many men on horseback chase people in a plane and shoot at them: one bullet breaks the rudder cable and a man must walk along the top of the plane to repair it -- while the plane is moving and the men continue shooting at them. A man picks a man up and throws him on the ground, and another man holds a gun to his head. A man inside the wing of a plane prepares to slowly guide the other wing into place, the other wing slips and falls toward him, he yells and we think that he was crushed (he is OK). Sparks ignite a barrel of gasoline causing a large explosion and fire, and people nearby are knocked to the ground. A plane with people on the wings speeds toward a cliff, and the plane goes over and out of sight. People run for cover when an electrical storm threatens to strike an ungrounded airplane, and one man tackles another man to the ground when lightning strikes the plane. People take cover in the wreckage of a plane when a sandstorm begins to blow, but the piece of the plane they are hiding in is pushed over by the force of the wind. Several people fight over a container of water, and eventually spill it. Two men argue and shove each other. People argue and act aggressively, with shoving and insults exchanged. A man pulls a gun out and threatens people. A man punches a man in the face. A man hits a man on the chest and threatens him, and two men argue and struggle. A man describes a sandstorm and says that it could "peel your skin off." Explosive charges are used to start an engine and one causes a burst of flames to shoot out. A man urinates and we see the trickle.

SUBSTANCE USE - People smoke cigarettes, and one man drinks alcohol.

MESSAGE - In extreme situations the only way to survive is to hold onto hope. 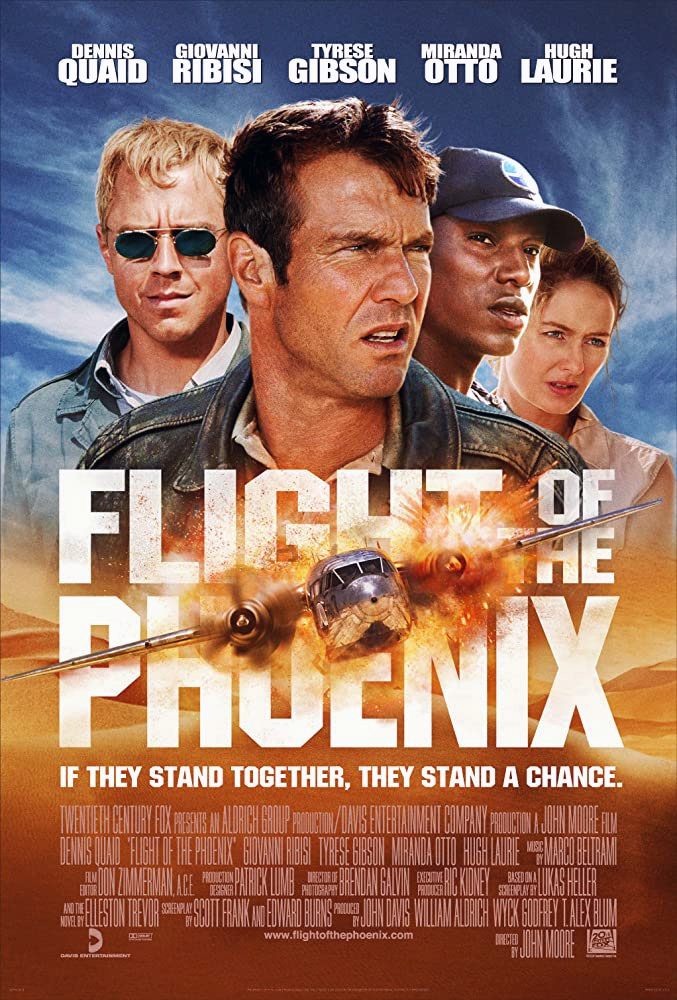