Based on the eponymous, popular series of video games, "Final Fantasy: The Spirits Within" was filmed using computer animation techniques that create almost lifelike synthetic actors. It's 2065 and the earth has been overrun with evil aliens who are determined to destroy the planet and humankind. Earth's lone defender is Dr. Aki Ross (the voice of Ming-Na Wen), a woman who's dying from a terminal disease and has come up with a plan to defeat the aliens. Also with the voices of James Woods, Ving Rhames, Steve Buscemi, Donald Sutherland, Peri Gilpin and Alec Baldwin. [1:53]

SEX/NUDITY 2 - A man and woman hug and kiss while consoling each other. A man flirts with a woman, touches her shoulders, caresses her cheek and they nearly kiss. A woman wears a tank top throughout the movie. We see X-ray-like scans of three men, outlining their bodies. A woman opens her jacket revealing a bit of her chest. A phantom's tentacles wrap around a woman and at one point it seems as if it is touching her crotch (this scene is hard to decipher).

VIOLENCE/GORE 6 - There are several attacks on humans by "phantoms": these are alien ghostly creatures that range in size; some look like squids, some like snakes with big sharp teeth, and others are nondescript forms; all phantoms can kill a human with one blow, and when a human is killed by a phantom it appears that the phantom pushes out a blue glow shaped like the human -- presumably his spirit -- and the human body is now lifeless. A man is killed by a phantom and his blue glow is crunched by the phantom's big teeth. A woman is surrounded by phantoms and she is killed. A phantom appears behind a man and he is killed, a phantom appears beneath a man in a car, and he is killed. A man is killed by a phantom and falls from a cliff into a glowing blue pit. A phantom is shot and it explodes into multicolored goo. A woman is shot in the chest; she is wearing a metal plate which catches the bullet. We see a room full of dead human bodies after a phantom attack. A swarm of phantoms attack a city, bluing many people; people run and scream in fear. A ship is hit by a phantom and it crashes into a platform sending people screaming and running. A woman and a group of soldiers are attacked by phantoms and the humans fire weapons killing some (they scream, growl and disintegrate when they are hit). A soldier shoots at a phantom and hits a barrel of flammable material that explodes and throws him to the ground. A man nearly falls into a pit full of phantoms. A huge ship gears up to shoot a cannon at a crater on a planet's surface (we hear lots of heavy doomsday music): when the cannon is fired it disintegrates a lot of phantoms. An enormous phantom knocks a man and woman in a rover loose from the tethers attaching them to a flying ship and they crash to the planet's surface (the man is wounded and we see some blood on his head). We hear a discussion about a man having been infected by a phantom and needing treatment: we see the man lying on a hospital table and he is shot in the chest several times (he jerks a bit) with a laser which tries to kill the alien that's presumably inside him. There is a tense scene where a ship full of people flies through a tight cavern of rubble trying to evade phantoms. A car with soldiers drives recklessly to avoid a phantom and it crashes, injuring a man and trapping him in the vehicle. A man holds a loaded gun to his head. A couple of soldiers have a fist fight and one is knocked unconscious. There are several dream sequences, each giving more detail about the scene: the dreams are of a woman standing on an alien planet, a stampede of metal clad soldiers runs toward her, firing weapons over her head and all around her. The planet begins to shake and rumble, a wave of fire burns and melts everything in sight and there's eventually a huge explosion, throwing a chunk of the planet hurtling into space. There are large explosions in a city when it is attacked by phantoms, and a large ship explodes in space. A man dangles from the hatch of a ship as it lifts off. We see several cities in rubble, after a war with the phantoms, including human skeletons, crumbled buildings and overturned cars. A woman holds a dead man in her lap. A woman steps on a scorpion-like creature and we hear it crunch. A woman holds her chest several times reacting in pain. A woman opens her jacket revealing a metal implant and a hologram of an alien being is projected. A woman relates a story of a little girl who dies, a man talks about his father having been killed, and another man talks about his wife and child having been killed. Soldiers are transported to a planet's surface by a green plasma-like beam. There are several discussions about firing a cannon at a meteor in order to destroy the alien beings. A man gets an injection in the neck a couple of times.

DISCUSSION TOPICS - Alien worlds and lifeforms, spirits, the Earth as Gaea, the death of family members, pursuing what you believe in even if it goes against popular thought, fairy tales.

MESSAGE - Saving the Earth is possible. Not all alien beings are necessarily bad; they may just be lost and confused. 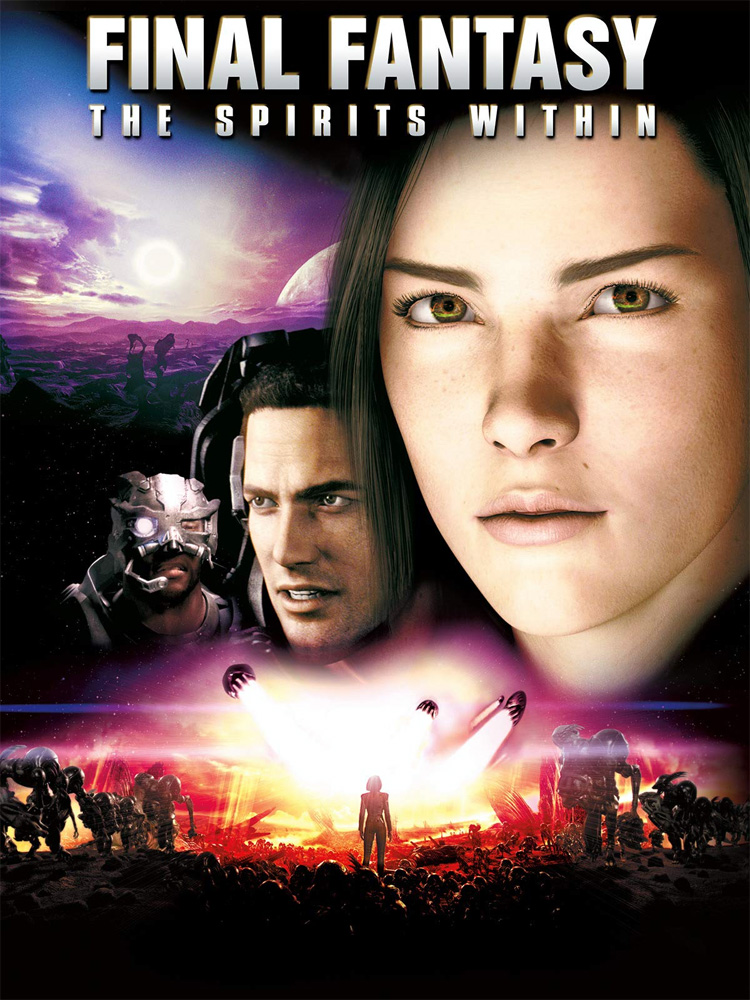