Brian De Palma directs this thriller about a bisexual jewel thief (Romijn-Stamos) who double-crosses her partners in crime and runs off with the loot after a robbery. Years later, she's the respectable wife of an ambassador, but her jilted accomplices recognize her and they want revenge. Antonio Banderas co-stars as a down-on-his-luck paparazzo. Also with Peter Coyote, Gregg Henry and Rie Rasmussen. [1:50]

SEX/NUDITY 9 - Two women kiss passionately in an extended scene; one woman is shown pressed against an opaque glass pane and we see the other woman caressing her crotch (we hear moaning), one of the women cuts the top off of the other exposing her bare breasts, she kisses her breasts, caresses them and kisses down her body to her thigh. A man and woman kiss, we hear his pants unzip, she turns around, he thrusts from behind, they climb on a pool table together with her on top and she thrusts her hips (they both moan) until they climax. A fully nude woman floats in water. A woman takes off her clothes getting ready for a bath (we see her in lace panties, bra and stockings), a man watches and asks "are you flirting with me?" and they kiss and caress each other. A woman dances and strips down to her underwear for a man (another man watches in the background), she rubs herself on the man and moves her head down toward his lap briefly, she then moves to a pool table where she lies down and writhes around until the man comes after her and drags her by the legs close to him; she slaps him in the face, then the other man intervenes and beats him to unconsciousness with a pool cue (we only see shadows on the wall). A woman flirts with a man and grabs his crotch. A woman caresses another woman's thigh, and a woman touches another woman's clothed buttock. A woman wears a molded serpent piece as a bodice that exposes one nipple, cleavage and her bare abdomen. A woman wears very short shorts that reveal a bit of her buttocks, a woman's top falls open and reveals cleavage and part of her bra, and a woman wears a lace dress with patches of thicker fabric covering her breasts. We see the reflection of a nude woman in a TV screen; the woman's arm covers her breasts but when she rises to dress, we see the side of her bare breast, her bare back and her barely covered buttocks in high-cut lace panties. A woman takes a bath in a bubble filled tub. We see a street filled with sex shops and advertising live sex shows, including posters of fully nude women from the front and the back. A curtain is painted with the image of a nude woman straddling the Eiffel Tower. We briefly see a man and a woman through a window (she is wearing a bra and panties) and it is suggested that he may be paying her for sex. A man says "we found a naked waitress in a coma." A man acts in an effeminate manner in order to get into a woman's hotel room.

VIOLENCE/GORE 7 - A man is shot in the eye, he falls to the ground writhing and shoots another man, who jumps on top of him and punches him in the face repeatedly (one man's shirt is soaked in blood and we see a puddle on the floor). A man is shot in the chest and a man and a woman shoot at each other (we see a man with a bloody shirt lying on the ground) and a man is shot again at close range. A woman loads a gun, puts it to her head and pulls the trigger but there was no bullet in the chamber; she tries again and this time it discharges, off-screen (we see the first part of this scene again). A man beats another man with a gun. A woman is grabbed by two men, they struggle and one pushes her in front of an oncoming truck, she's hit and tossed back through the air and we then see her body being run over by the truck's tires (her body flops around). A woman is grabbed by two men, they struggle, an oncoming truck swerves and runs into the two men pushing them onto the pointed metal lift on the back of another truck: the men spew a great deal of blood and dangle dead. A man grabs a woman by the hair and pounds her head on the ground repeatedly until she is unconscious; then she is tossed over a bridge into the water below. A man using a urinal (we see the stream of urine) is zapped in the neck with a type of stun gun and we see an electrical arc jump from the urinal water, and he falls unconscious. A man beats another man with a pool cue after he tries to force himself on a woman. A man raises his fist to hit a woman; she pulls a gun and shoves it into his stomach. A woman hits another woman in the head with a bottle that shatters. A man slaps a woman across the face. A man grabs a woman by the neck and squeezes, she opens a door that hits him in the head knocking him down, and she runs, he chases her, they struggle and she falls over a balcony and crashes through glass several stories below and lies unconscious. A man grabs a man by the neck and squeezes. A man is dragged by the feet across a floor after having been knocked out by a punch to the face. A man hits another man. A man is grabbed by police and slammed onto the hood of a police car. A woman drags a pair of scissors across another woman's face and down her chest (there's no cutting). A man walks into a moving car and falls back onto the ground. A man waves a gun in a woman's face. A woman has an asthma attack and has difficulty breathing. A man wears a suit and shirt that are stained with blood. We see a woman with a bruised eye and spousal abuse is suggested. A woman shoots a man in a movie on television. Although it is not really discussed, we are lead to believe that a woman's husband and young daughter have died. A man says "we found a naked waitress in a coma."

SUBSTANCE USE - People smoke cigarettes and drink alcohol. A man asks a woman if she's "high."

MESSAGE - If given the opportunity to change our future, some of us would. 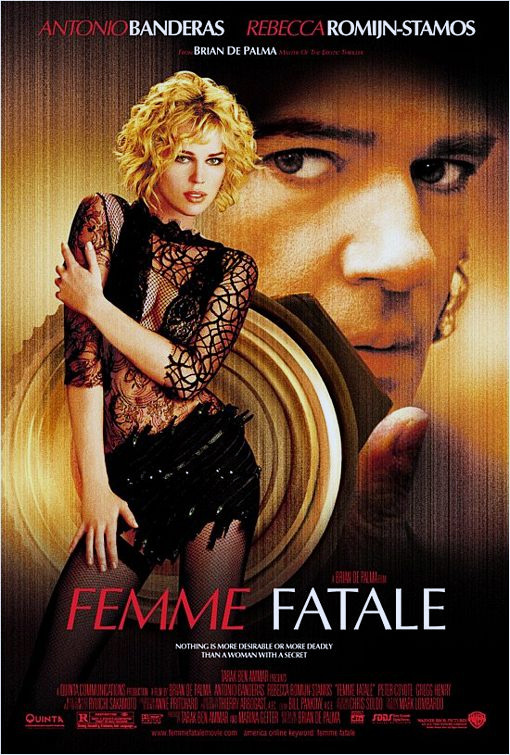