Why is “Fantasy Island” rated PG-13? The MPAA rating has been assigned for “violence, terror, drug content, suggestive material and brief strong language.” The Kids-In-Mind.com evaluation includes an implied sex scene, a few kissing scenes, swimwear that reveals partial nudity, and many cleavage revealing outfits; many scenes of terror and uncertainty of what is real and what might be imagined, several violent encounters with people ending up wounded or dead with some bloody wounds shown, and many scenes of people seeming to be dead and reviving to be seen in another scene; and at least 1 F-word and other strong language. Read our parents’ guide below for details on sexual content, violence & strong language.” A twist on the TV show “Fantasy Island” (1977-1984): The mission of the owner of a remote tropical vacation island (Michael Peña) is to make all the dreams of his guests come true. However, when dreams turn into terrifying nightmares, the guests must figure out how they can save their own lives. Also with Lucy Hale, Maggie Q, Portia Doubleday, Charlotte McKinney and Michael Rooker. Directed by Jeff Wadlow. [Running Time: 1:50]

– A man and a woman lie under bed covers and his bare chest is visible along with her shoulders (sex is implied). Brief footage on a screen shows a man and a woman sitting on a bed as they begin to unbutton their shirts (the scene ends). A man and a woman embrace, kiss briefly and embrace again. A man and a woman kiss for a few seconds.
► A man at a crowded pool party is provided with four men for company (no sexual activity is shown). People at a crowded pool party dance and writhe to loud music. Two men do pelvic thrusts as part of a secret handshake.
► A woman says to a group, “He can bungalow with me.” A man asks a woman, “How’s your sex life?” and receives no answer.
► Several scenes in a crowded pool party feature 50 or more women wearing skimpy bikinis and high heels (we see cleavage, backs and abdomens and some bare buttocks); several bare-chested men wear trunks or Speedos. A few women wear V-necked tops that reveal cleavage in several scenes and one woman wears legless shorts with a tube top under a jacket, baring her abdomen. A woman wears a crop top that shows her abdomen and cleavage. A woman wears a bikini top that reveals cleavage.

– A man says hallucinogens have been added to hotel water and we hear later that “magic water” was placed into the water system and that drinking it lets one see the truth, and a man says that he would rather switch to CBD. Several men and women at a pool party drink from champagne glasses and bottles while others sip cocktails and whiskey, a few scenes show island guests drinking umbrella cocktails and a Martini in front of the main building and on a beach, a restaurant scene shows men and women seated at tables with glasses of wine in front of them and one woman sips her wine, and several men and women drink shots of clear liquor in a small room.

– Live your life without regrets. 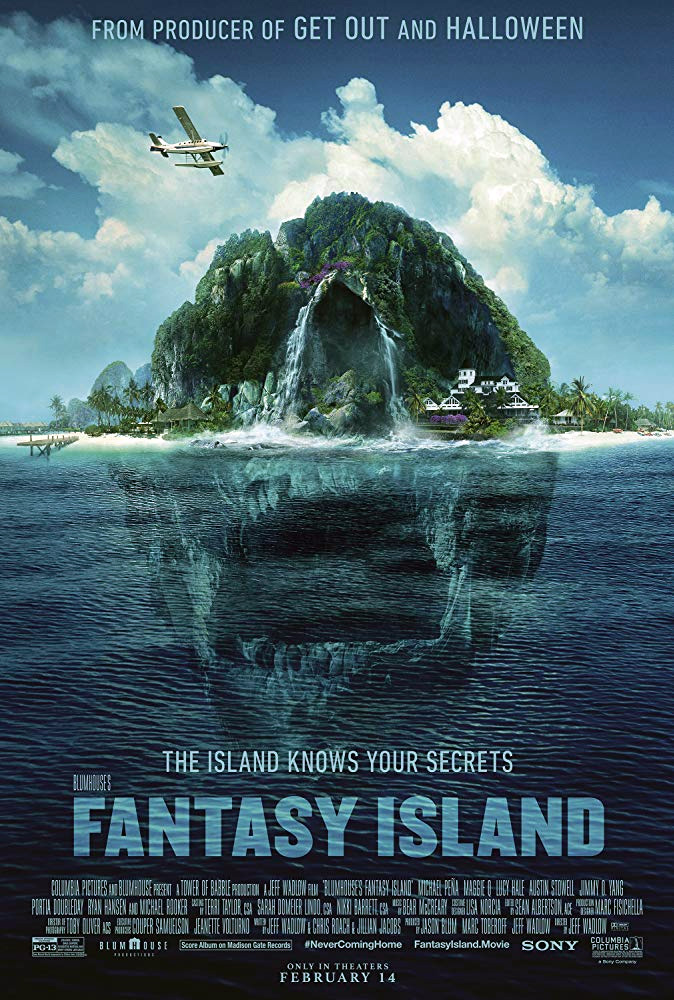